The Center for International Relations and Sustainable Development held a Horizons Discussion entitled “America, Russia, and the Middle East” on July 24th in Belgrade. Moderated by CIRSD President Vuk Jeremić, the Belgrade discussion featured former U.S. ambassador to Serbia and Pakistan Cameron Munter, and Director of the Institute of Oriental Studies of the Russian Academy of Science Vitaly Naumkin. 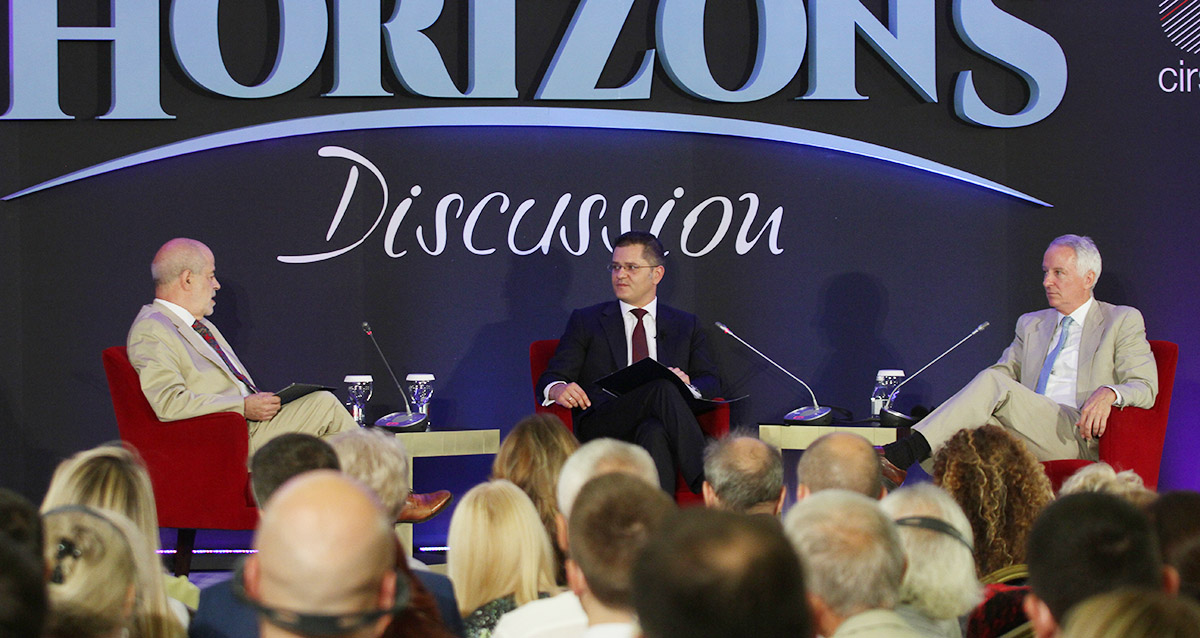 In his introductory statement, Jeremić said that the 9/11 attacks brought an abrupt end to illusions of “the end of history.”  In the last 15 years in the Middle East we have seen foreign interventions, uprisings, the unravelling of Syria, the great Libyan tragedy, Turkey’s transformation, the rise of extremism, and a historic nuclear deal with Iran, Jeremić noted. 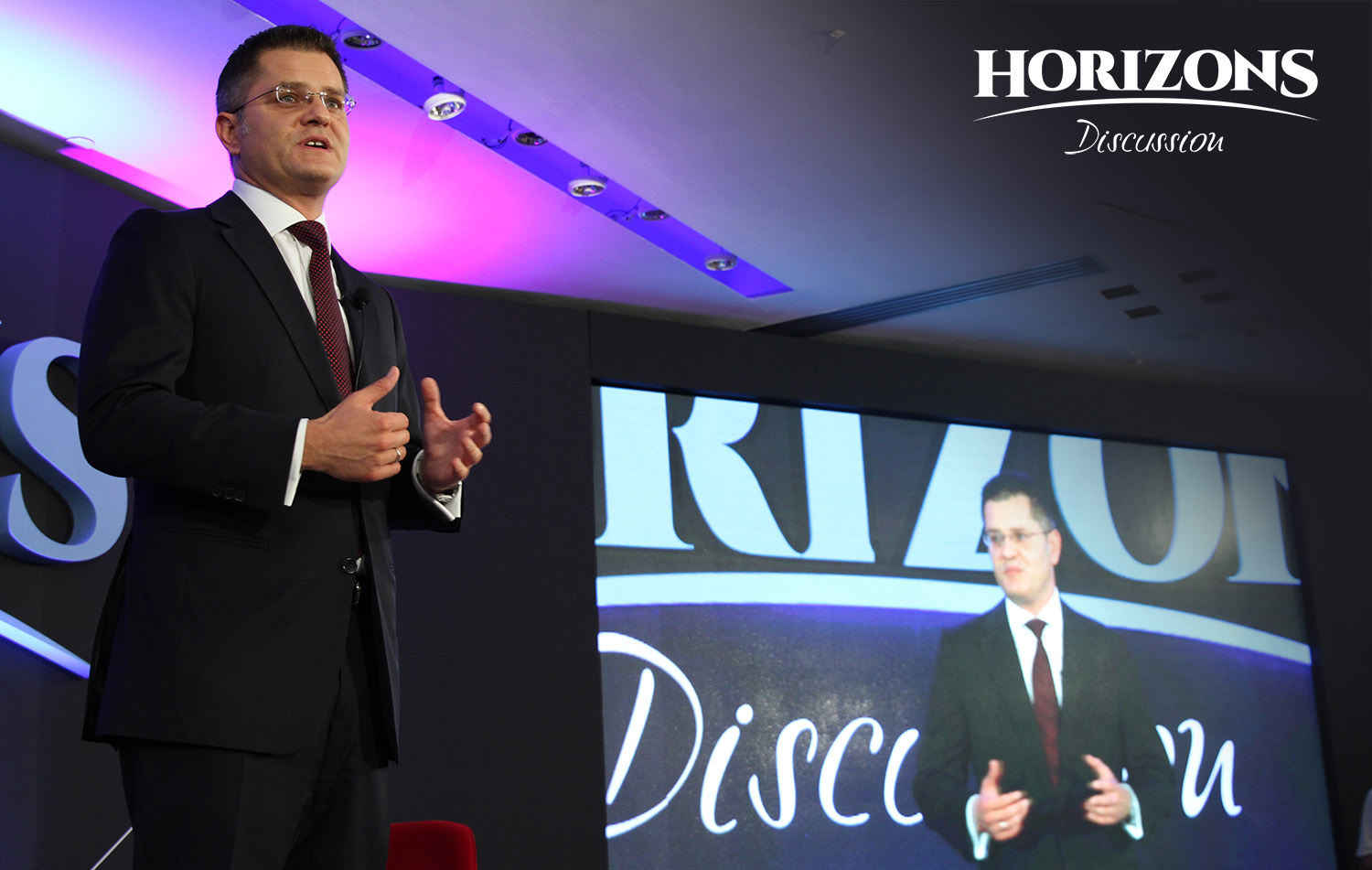 He added that there is an ongoing rivalry in the Middle East between the United States and the Russian Federation. “The goals of the United States in the Middle East involve the defeat of terrorism, reducing Iranian influence, and finally, lowering the level of American involvement in the region. Not everyone thinks that such goals are mutually complementary,” Jeremić said. At the same time we have been witnessing a return of Russia to the Middle East, perhaps the most significant one since the fall of the Soviet Union.

Asked about what went wrong in Iraq and past U.S. policies in the region, Munter said that America used to see itself back then as the only superpower in a unipolar world. “The neo-conservatives actually believed they were going to reconstruct the Middle East and release the democratic forces like they did in Eastern Europe in the late 1980s. Of course, in retrospect, it seems naïve. There were people in the State Department who doubted such an undertaking, but the political leadership was convinced that this was possible.” Munter added that although some believe Americans went into Iraq for oil, numerous tenders had been issued following the fall of Saddam Hussein, none of which were won by U.S. companies. “Other conspiracy theories suggest that that our goal was to weaken the influence of Iran, whereas in reality, this influence has only increased,” Munter remarked. 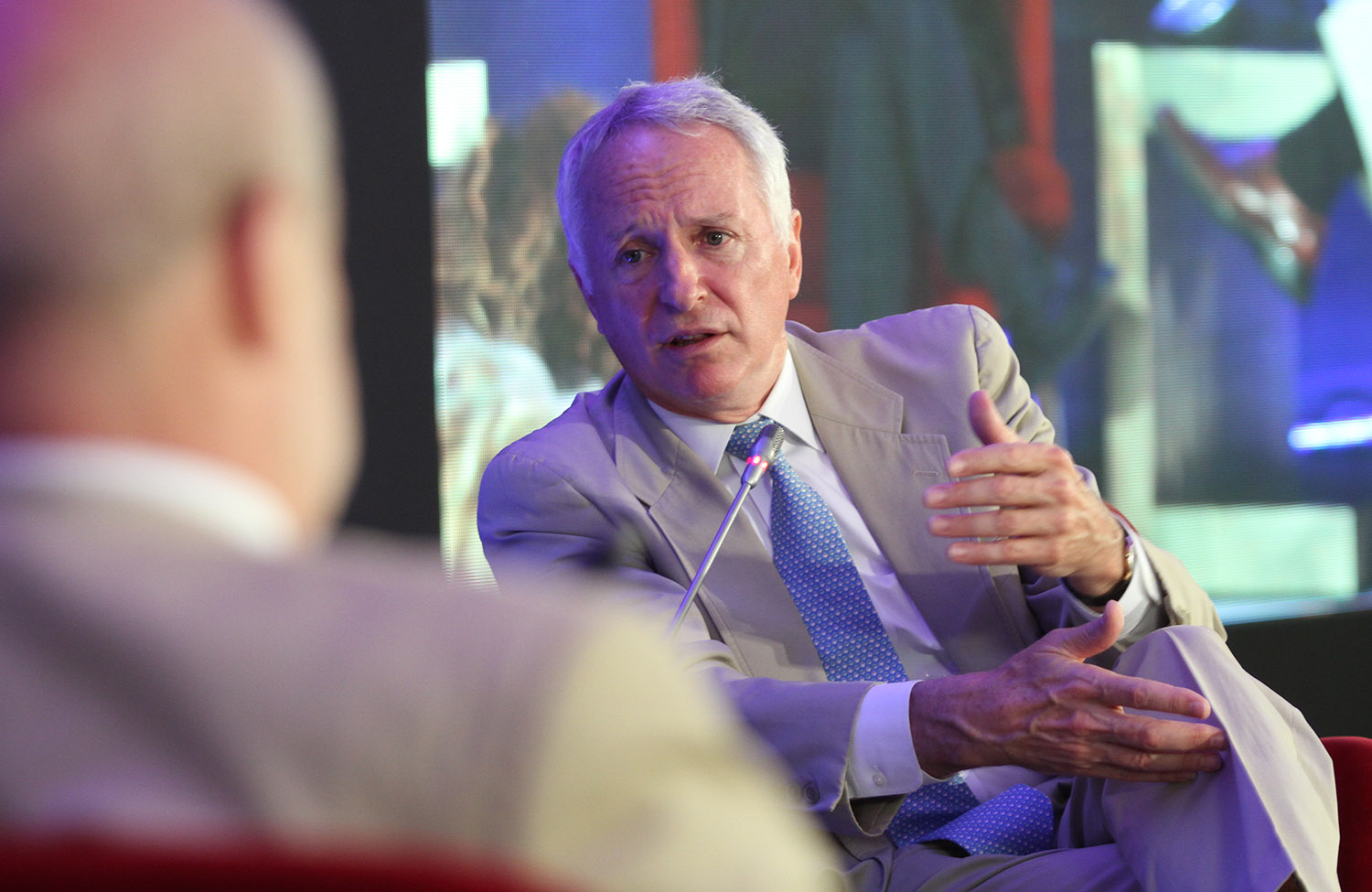 The former American top diplomat said that he believes Russia is involved in Syria to support the prospect of stability. “If the goal is stability, then it certainly makes sense from the Russian point of view to protect Assad,” Munter added. He also agreed with his counterpart on the premise that the fight against the Islamic State is still in its beginning.

Certain legacies of the Obama Administration now seem endangered. The future of the Iran deal under the Trump Administration is perhaps the most prominent of such cases, especially since President Trump is considering introducing new sanctions to Iran. Munter said that Washington remains suspicious of whether Iran respects not only the written deal but also “its spirit.” He added that he was a supporter of the deal, for it reduces the possibility of having a nuclear Iran and that he believes the U.S. should extend its hand to the Islamic Republic.

Speaking on the issue of refugees from the Middle East and the wider area, Munter noted that this will likely continue to pose a challenge for Europe. He did say, however, that although some elements of the refugee crisis might be reoccurring, the experience of 2015 will probably not be repeated in its entirety. Munter said that some lessons have been learned since then, and that Europe’s reaction will thus differ from the one of two years ago.

In the final portion of the event, Munter reflected on U.S.-Russian relations by saying that the United States wants good relations with Russia, but noted that there are vast interest groups in Washington that greatly disagree on how to achieve such a prospect. “Trump will try to establish constructive cooperation with Russia, and his opponents will try to stop him in that endeavor,” Munter concluded.

Vitaly Naumkin gave a detailed overview of the Russian position in the Middle East. “We did not want to overthrow Assad. We supported instead what we think is a legitimate government in its fight against terrorism. We did not go into Syria with ground forces […] In Syria we have three objectives: helping the Syrian army, delivering humanitarian aid, and establishing centers of reconciliation. Peace agreements have been signed in over 2000 places within Syria,” Naumkin said. 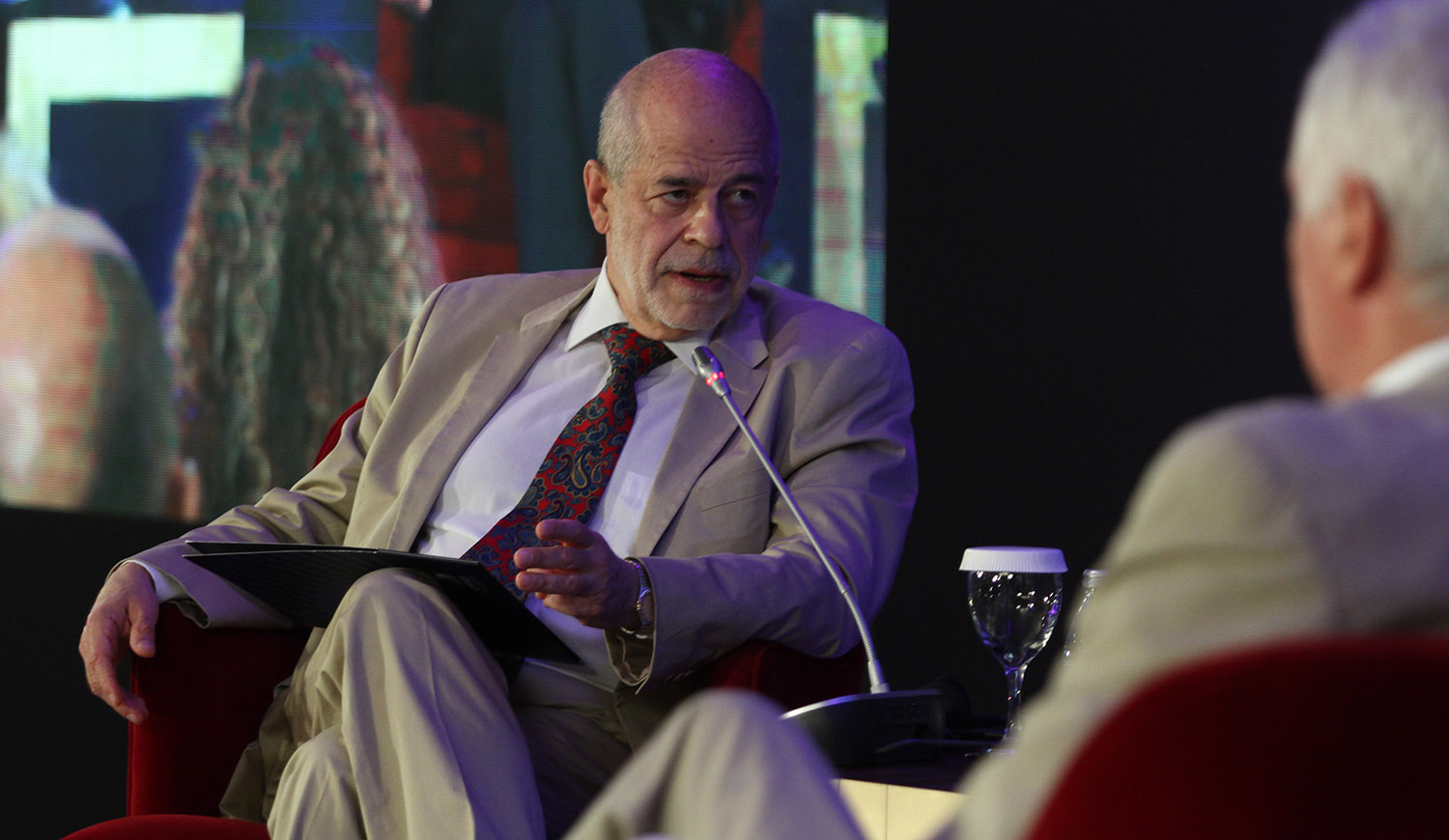 The Russian academic noted that he does not buy the explanation Cameron Munter offered with regards to Iraq, and added that Russia was firmly against the American intervention in this Middle Eastern country. “Even if there was some idealism regarding democracy and human rights, the question of what to do with dictators remains. I agree that Saddam Hussein was a dictator, but the Americans made three strategic mistakes in Iraq: they destroyed the Iraqi Army and marginalized the Sunnis, some of whom have since joined the leading ranks of ISIS; they disbanded the country’s bureaucratic apparatus in what was perhaps the wealthiest Middle Eastern state; and finally, they outlawed the Baath Party of Saddam Hussein.

According to Naumkin’s assessment, the war against ISIS is far from over. “While it is good that the ISIS held territory has been reduced, undermining the political platform of the Islamic State is a task that lies ahead of both the United States and Russia,” Naumkin said. He also briefly reflected on the Iran deal, noting that reintroducing sanctions to Tehran would be a “true disaster” for the region.

Responding to a question of why Russia allowed for the bombing of Libya to happen, Naumkin called the move an outright mistake by the Russian leadership—one that was opposed by the Russian public.

In his concluding remarks, Naumkin pointed to double standards on the issues of Kosovo and Crimea. “For this I am deeply grateful to the West for helping us achieve our old dream of taking back Crimea,” Naumkin said. Finally, he brought up Vladimir Putin’s speech at the Valdai Forum, in which the Russian President said that before coup d’état in Ukraine and the ousting of the legitimate president Viktor Yanukovych, he never would have thought of annexing Crimea. 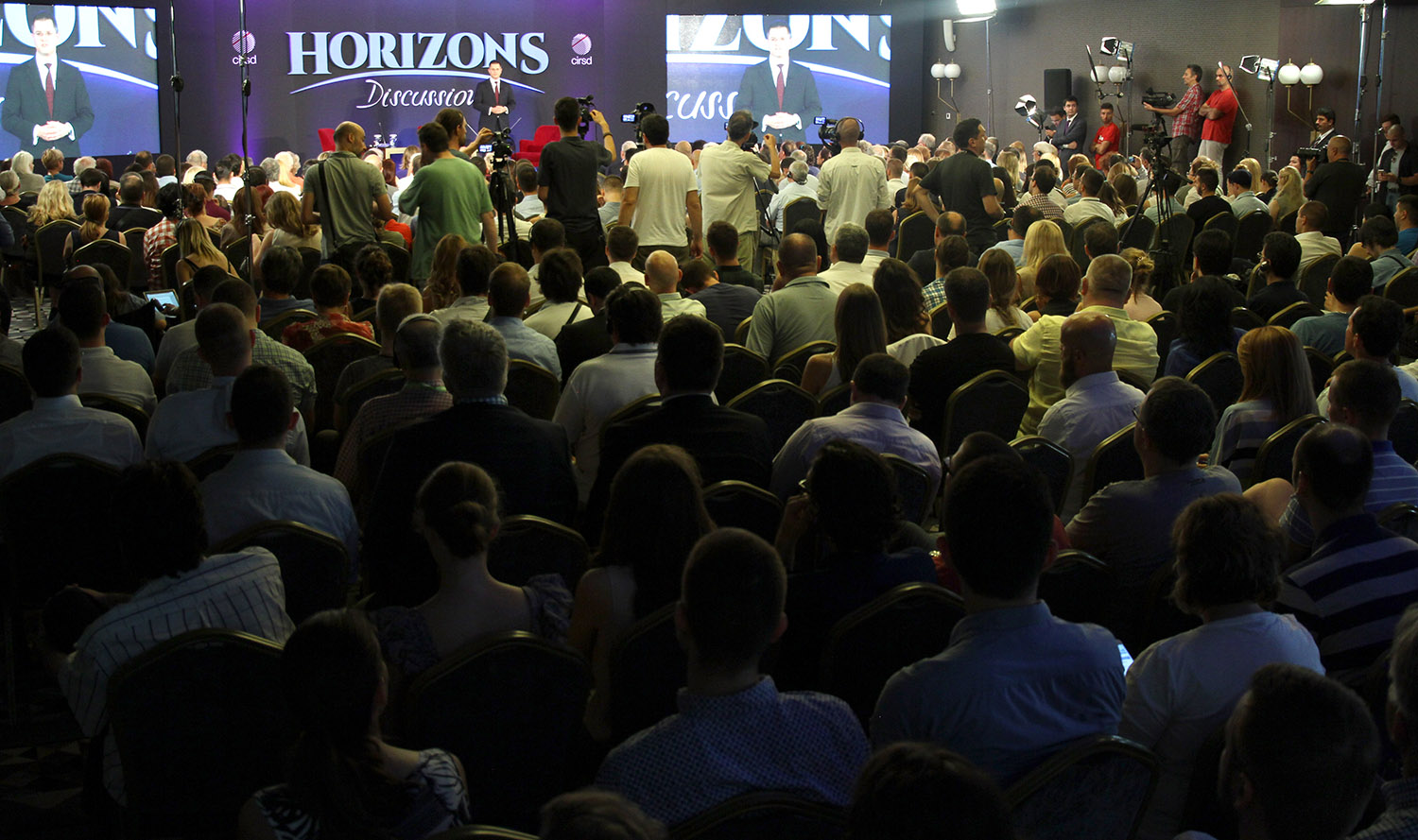 The latest Horizons Discussion in Belgrade was held before a capacity audience of diplomatic corps, business executives, academics, journalists and students.