The Center for International Relations and Sustainable Development (CIRSD) organized a Horizons Discussion on the topic of global security challenges featuring Australia’s former Prime Minister Kevin Rudd. The event also served as the launch of the latest issue of CIRSD’s flagship magazine Horizons. 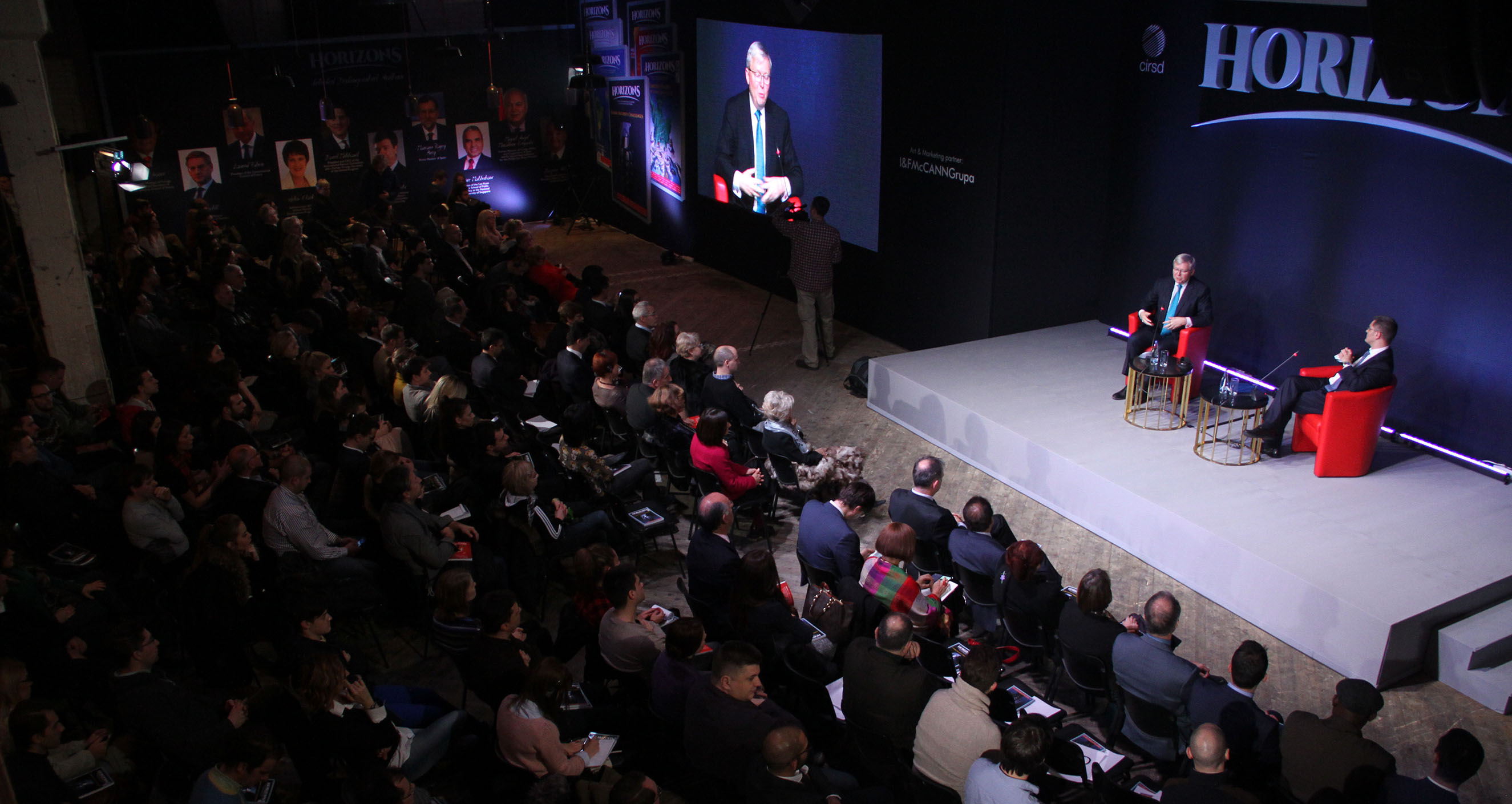 Moderated by CIRSD President Vuk Jeremić, the discussion covered a wide range of international issues. Rudd said that 2016 has been a year of political earthquakes, most notable of which have been Brexit, the election of Donald Trump as president of the United States, the popular rejection of the government-proposed constitutional law in Italy, and the ongoing social unrest in Brazil. He added that such earthquakes will likely spill over into 2017, causing new global dynamics—especially in the U.S.-China-Russia relationship.

Speaking about U.S. President-elect Donald Trump, Rudd said that one should pay attention to two particular aspects. The first revolves around the fact that Trump is a devoted protectionist, which may have an impact on the state of international trade. The second pertains to Trump’s attitude toward Russia, with which he sees much room for cooperation, as opposed to confrontation on the Middle East and Ukraine. 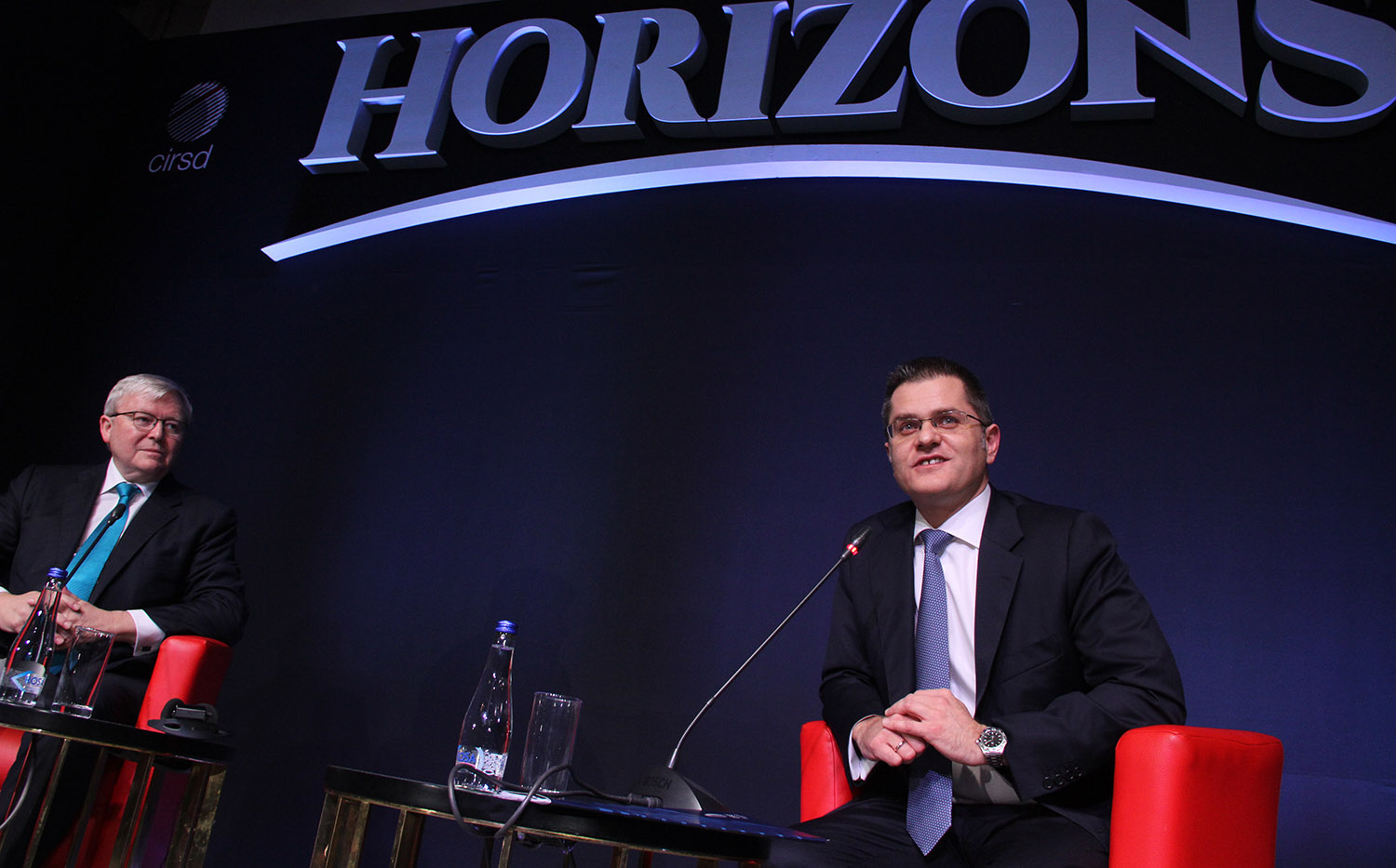 Rudd argued that it is too early to talk about a new reset of U.S.-Russian relations, bearing in mind that the incoming U.S. administration has yet to define its position on key contentious issues with Russia.

When it comes to another key relationship of global concern—the one between the U.S. and China—Kevin Rudd said that the Chinese leadership still lacks a well-formulated official position on the new U.S. administration. He added that this is largely due to how the next U.S. President will view the existing model of China’s growth. Australia’s former Prime Minister also analyzed key aspects of the China-led ‘Belt and Road’ Initiative, referring to it as “positive for global growth, trade, and investment climate.”

Turning the topic of conversation to the European continent, Rudd said that the ongoing institutional and identity crisis has its causes in growing social inequality that derives from the neoliberal economic model. Social inequality fuels populism that is now threatening to become a prevalent force in certain EU states. He pointed out that such a trend could have detrimental economic consequences for Europeans, adding that his advice to them would be to craft a new model of political cooperation that would not hurt the common market and existing economic liberties within it.

Rudd noted, however, that he does not expect further fragmentation of the EU, arguing that Brexit’s negative consequences will be felt primarily in the United Kingdom. 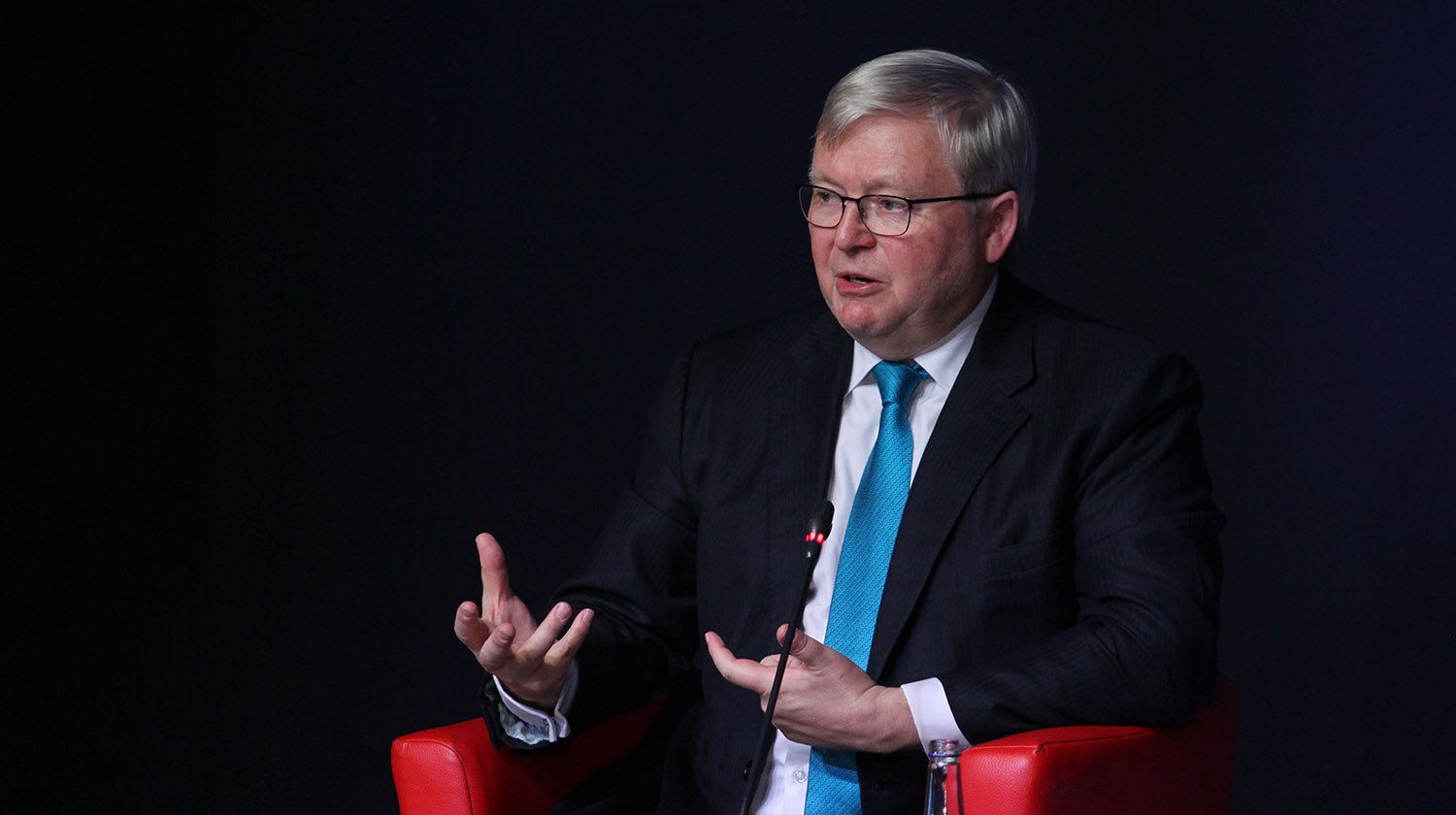 The topic that concluded the discussion revolved around the United Nations. Despite facing enormous challenges, the UN and international law remain one of the few barriers to arbitrariness and unilateralism in international relations, Rudd asserted. Reaching the end of his remarks, Rudd reflected on the recent race for the post of UN Secretary-General. He praised the efforts undertaken during Serbia’s candidacy for the top UN post, and said that Jeremić’s campaign and the unique platform he had submitted in the bid to reform the UN have greatly contributed to improving the quality of the selection process.

The Horizons Discussion on global security challenges was held in Belgrade’s Mikser House before a capacity audience of citizenry, diplomats, journalists, and academics.