The Center for International Relations and Sustainable Development (CIRSD) organized a discussion in Belgrade on the topic of "Winds of change", featuring an exclusive guest - George Friedman, one of the most influential analysts of international relations, with whom the President of CIRSD Vuk Jeremic discussed.

Many key topics in current international relations were touched upon during the discussion. Regarding the administration of U.S. President Donald Trump, George Friedman pointed out the need to distinguish political crisis from the functioning of the administration and the country's governance. He emphasized that, despite different appearances, continuity exists in regard to US foreign policy.

Friedman pointed out that relations with Russia are not being reset, and that, if any such intentions existed, they are not being implemented. He qualified the situation in Ukraine as a "frozen conflict", adding that the biggest problem for Russia was not Western sanctions, but the current price of oil.

Regarding relations between the U.S. and Germany, Friedman said that the statement of Angela Merkel that "Europe must rely on itself" in fact opens the door to a prospective Euro-Atlantic Partnership and that the current situation in which Europe does not contribute enough to its own security system is not sustainable. "Donald Trump’s one virtue, he does not have many, but he has this one- he will slam the issue on the table." said Friedman. During the part of the conversation regarding Europe, Friedman said that Brexit does not embody the animosity of Great Britain towards the EU, but is rather an attempt for the British  to find their way in a very complicated system of governance on the European continent. "The European Union was pictured as a wonderful project, but maybe too ambitious," he said. Jeremic asked about the vacuum in the Balkans created by the slowing down of enlargement, and whether it could lead to a complete abandonment of European standards of governance and democracy. "I think integrating yourself in the EU would cause complexities that you should have expected, as a man who should have been, in my opinion, the UN Secretary General.” said Friedman. "I am much more interested in the impossible – a Federation of Balkans," he added.

"Turkey is going to be a major regional power," was one of the Friedman’s messages. He explained that the recent instability in Turkey may not be a sign of weakness, but of transformation. He qualified the country as "indispensable" in the Balkans, but also in many other parts of the world. When it comes to the crisis in the Gulf, Friedman said that the U.S. has made it clear to the Arab countries that they must form a coalition among themselves in order to fight against the Islamic State, or otherwise the U.S. will leave the region.

Friedman also said that a war on the Korean peninsula is "possible". China currently plays the role of a mediator in defusing tensions on the peninsula. Friedman explained that if China fails to extort concessions from North Korea regarding its military and especially nuclear capacities, the U.S. will intervene militarily.

At the end of the discussion, Friedman told the audience that this region is rich in minds and talents and that it has great potential. "You do not need to see yourself apart from Eastern Europe, but as its extension. In the following decades it will be the heart of Europe," Friedman concluded.

Another one in a series of CIRSD discussions took place before a large number of guests and captivated the attention of representatives of the diplomatic corps and the media. 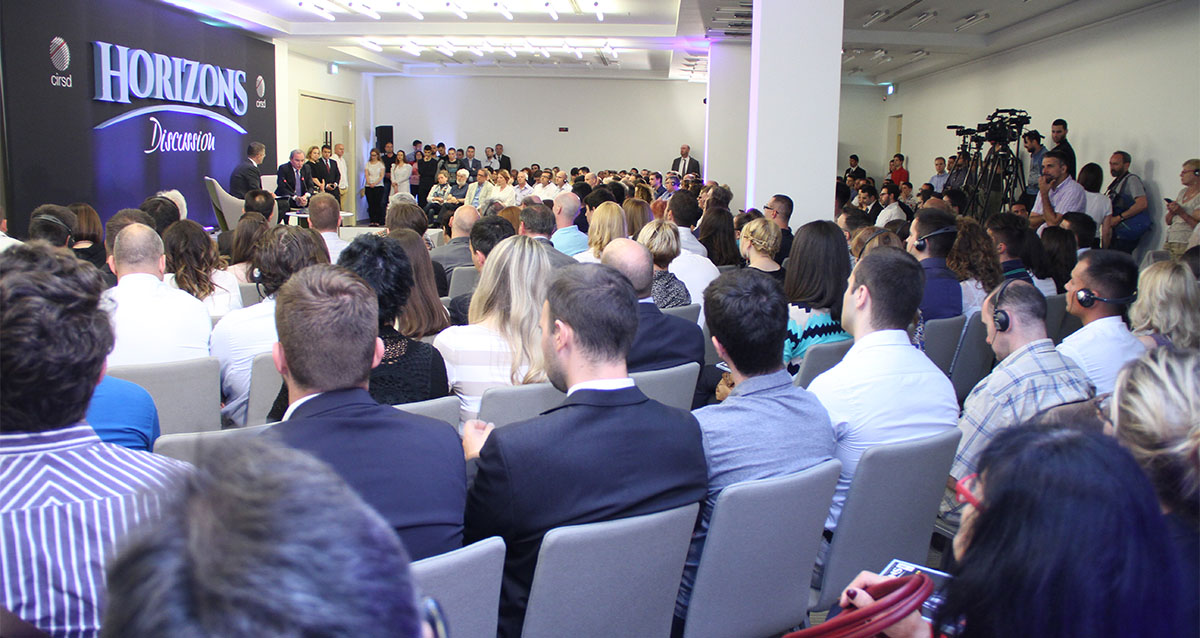