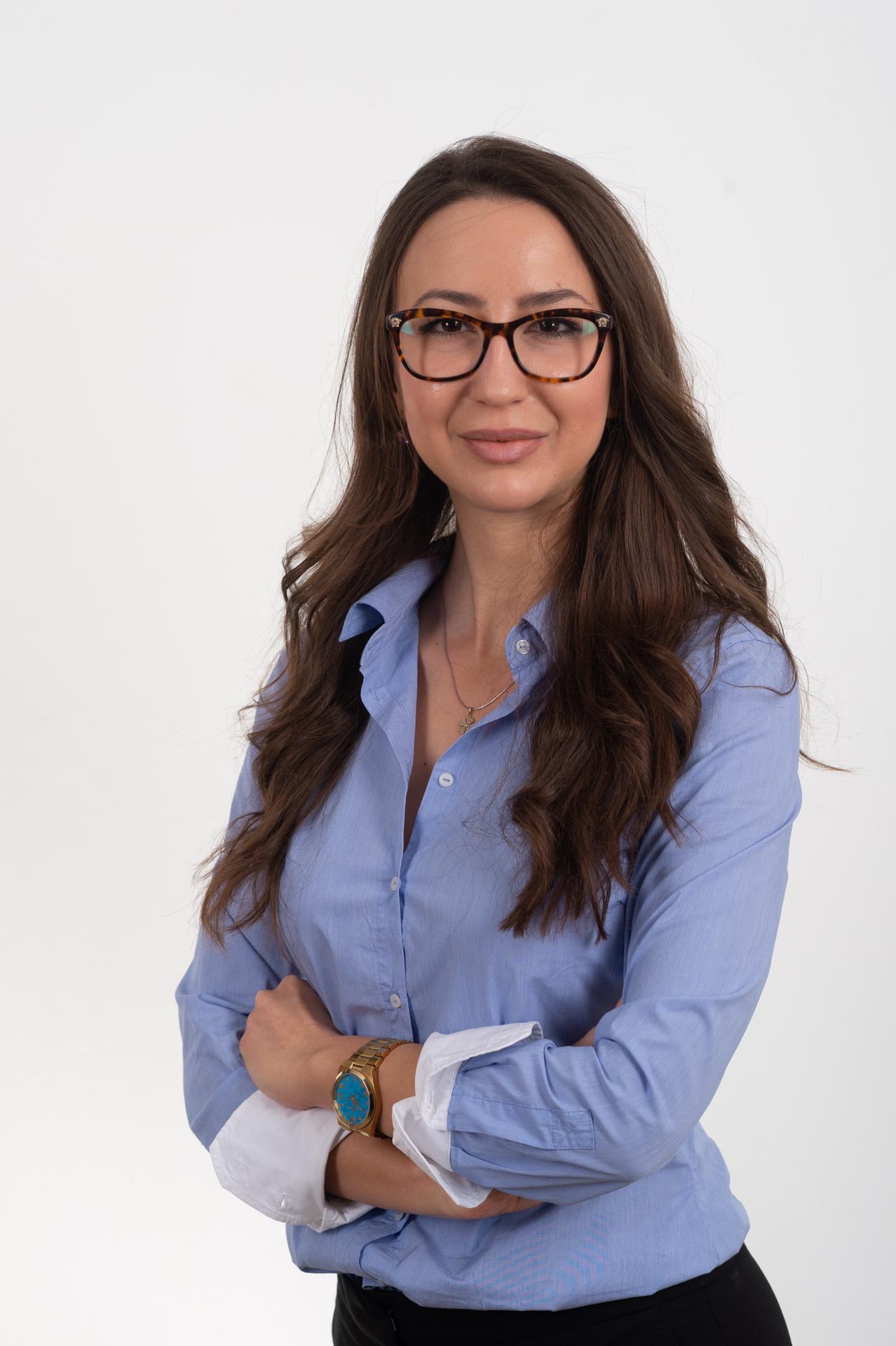 Author:
Marija Momić
Marija Momic is a New York qualified attorney. She practices European antitrust law in an international law firm in Brussels. She obtained her LL.B and LL.M at the University of Belgrade, and her LL.M at Harvard Law School.

In March 2021, the European Commission (“Commission”) issued a so-called Article 22 Merger Control Guidance (“Guidance”) on referral rules, encouraging Member States to refer to the Commission concentrations that do not meet national filing thresholds. While the Commission calls this new approach a “change in practice,” which “does not require a modification of the relevant provisions of the Merger Regulation,” the Guidance represents the most significant change in the European merger control review since the new Merger Regulation has been adopted in 2004. A practical effect of the Guidance is that companies have little predictability as to whether their transaction may end up being reviewed by the Commission, leading to significant legal uncertainty.

After briefly setting out the system of merger control review, the author explains the changes brought forward by the Guidance.  The author then examines how these changes have played out in practice so far, looking at some expected challenges.  The author then concludes. 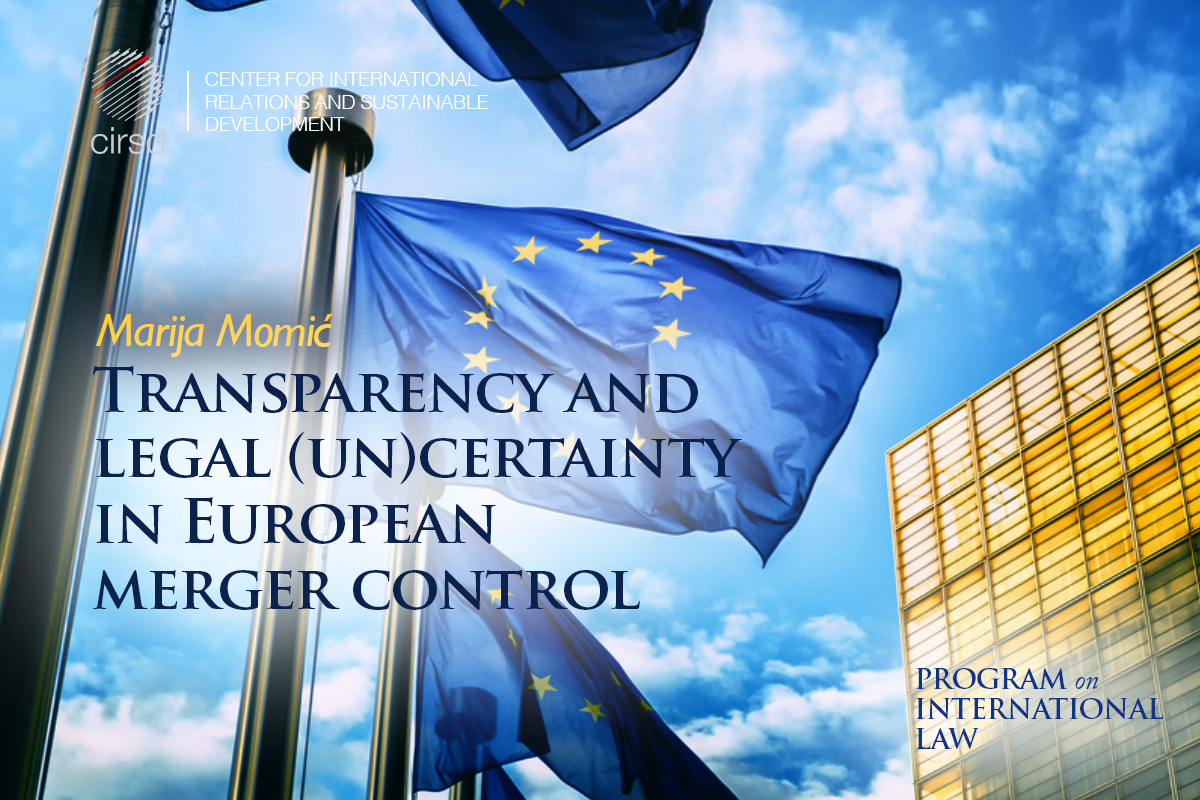 In that regard, the Guidance does not introduce new rules; rather, it follows the rules outlined in Article 22 of the EUMR. However, the Commission’s interpretation of the Article 22 wording has shifted significantly, leading to the change of its referral policy.

The Guidance gives some examples of transactions that would warrant referral when a concentration does not meet the jurisdictional thresholds within a Member State.  For instance, the Guidance talks about transactions where the turnover of at least one of the involved companies “does not reflect its actual or future competitive potential.”  This could be the case where a company is a start-up or a recent entrant with significant competitive potential that has yet to develop, if a company is an important innovator or is conducting potentially important research, if a company is an actual or potential important competitive force, has access to competitively significant assets, or provides products or services that are key inputs for other industries.

The above examples of transactions that would warrant review in the absence of Member States’ jurisdiction over them are provided only for “illustrative purposes.” The Commission explicitly states that whether a transaction warrants referral will be assessed on a case-by-case basis.  This leaves broad discretion to the Commission as to what cases’ referrals it will “encourage and accept.”

This new approach is a sharp shift in the Commission’s referral policy.  In particular, the Commission’s earlier referral practice was to discourage “NCAs from referring transactions to the Commission that did not meet national merger control threshold,” as explained by Levy and Cook in European Merger Control Law: A Guide to the Merger Regulation.

Regarding the temporal scope, the Guidance explains that the referral can be made and will be accepted, regardless of whether a transaction has been closed.  While the time elapsed since closing is one of the factors “that the Commission may consider when exercising its discretion to accept or reject a referral request,” review even after more than six months following the implementation of the transaction is not excluded. In particular, the Commission considers that such review may also be appropriate depending on “the magnitude of the potential competition concerns and of the potential detrimental effect on consumers.”

The Guidance, therefore, expands on the conditions provided in Article 22 in two ways: substantively and with regards to the timing for the review.

This significant change in referral policy can be explained by the Commission’s increasing desire for stricter enforcement of competition rules, especially in merger control. In its latest competition policy brief, the Commission looked at the level of concentration in 5 biggest EU countries. The results of the assessment concluded that these geographical markets are highly concentrated and that, in light of new challenges (such as digitization, for instance), competition law enforcement needs to remain vigorous. The Commission’s Staff Working document preceding the Guidance is based on the same principle. In particular, the Staff Working document gives examples of transactions in the digital and pharmaceutical sectors that would warrant close review by the Commission but may not necessarily be caught by national thresholds. For instance, in the pharmaceutical sector “firms appeared ready to pay a high price for the acquisition of innovative companies conducting research and development projects, even if these companies had not yet finalized, let alone exploited the commercially, the results of their innovation activities.”

Against this background, the Commission’s change of referral policy does not come as a surprise. In short, the Commission’s goal is to ensure that so-called “killer acquisitions” do not escape the Commission’s review. More generally, this signals that the Commission finds the EU merger control system design sometimes inadequate to capture all potentially uncompetitive deals, and is looking for ways to avoid these slipping through the cracks.

All these aims are legitimate and expected. However, the question is how this new practice contributes to transparency, predictability, and legal certainty – values that seem to be central to the Commission’s Guidance. This, together with some practical considerations, is examined next.

The Guidance explains that the new referral policy “aims to increase transparency, predictability and legal certainty as regards a wider application of Article 22 of the Merger Regulation.”

However, the Guidance seems to achieve the opposite.  By expanding the substantive and temporal scope of the EUMR Article 22, the Commission introduced uncertainty for businesses. As of March 2021, when considering an acquisition or a merger, companies do not know what the cost of their transaction will be and whether their deal may be called in by the Commission, and even potentially blocked. By essentially moving strict boundaries within which a concentration can be reviewed under the EUMR, the Commission broadened the pool of concentrations that could potentially qualify for such review.

The first referral case under Article 22, namely Illumina/Grail, appropriately illustrates this point. In particular, in April 2021, the Commission accepted Member States’ referral of Illumina’s acquisition of Grail. The transaction did not meet the EUMR thresholds or any Member States’ thresholds for review, as Grail did have EU sales. However, in July 2021, the Commission opened an in-depth investigation of the transaction, signaling major concerns about the deal. In August 2021, Illumina announced that it has completed its acquisition of Grail, despite the EUMR standstill obligation given the Commission’s ongoing review.  Most recently, Illumina filed an action before the EU General Court asking for annulment of the Commission’s decision asserting jurisdiction to review Illumina’s acquisition of Grail.

The fact that the first referral case resulted in unprecedented breach of the EUMR standstill obligation signals that there are problems with the legitimacy of the Commission’s changed referral policy. Given the clear-cut EUMR merger control system established in the EU, the question is how much leeway the Commission has to broaden the scope of such review.

In that regard, there are two questions that will likely take some time to find the answers to.

Firstly, does the Guidance de facto broadens the scope of the EUMR Article 22 and if so, did the Commission have the power to enhance its scope? The Guidance explains that enabling Member States to refer concentrations that they do not have jurisdiction to review (if the Article 22 conditions are met) does not require amending EUMR. According to para. 6 of the Guidance, this is evident “from the wording, the legislative history and the purpose of Article 22 of the Merger Regulation, as well as from the Commission´s enforcement practice, that Article 22 is applicable to all concentrations, not only those that meet the respective jurisdictional criteria of the referring Member States.” Nonetheless, Article 22 wording does not address this issue. And while within the Commission’s purview is to change its enforcement practices, its interpretation of the law cannot go beyond its wording.  One could argue that this is exactly what happened in the present case. What is clear is that the Commission wanted to avoid lengthy and cumbersome legislative procedure for amending the EUMR to enable review of potentially problematic transactions that would otherwise not be caught by the Member States’ merger thresholds. Such process could have taken months, potentially even years, before the Commission would have been able to enforce it. By calling the Guidance approach a “change in practice”, the Commission was able to start enforcing it immediately after publishing.

Secondly, to what extent the Guidance is in accordance with the principle of good administration and legal certainty, enshrined in the European law? As explained above, companies now have almost no predictability as to whether their transaction will be called in and when. The EUMR framework has traditionally enabled companies to assess with sufficient predictability whether or not their deal will be reviewed by the Commission, how long the review is likely to last, and what cost for their business would such review entail.  This has now changed, and without any notice.

Previous paragraphs have tried to shed some light on one of the most pressing issues in the European merger control today. While there may be a general need to redesign the EU merger control system to equip it with tools to tackle different challenges that did not exist when the EUMR was adopted in 2004, the question remains what the best way is to achieve this. While the Commission’s change of policies can contribute to re-designing the EU merger control system, sometimes a legislative process may be more appropriate. How this will play out in practice remains to be seen; it will depend largely on the manner in which the Commission decides to enforce the Guidance. Finally, in light of the Illumina/Grail case, the General Court may in the coming months give its take on the new approach adopted in the Commission’s Guidance.