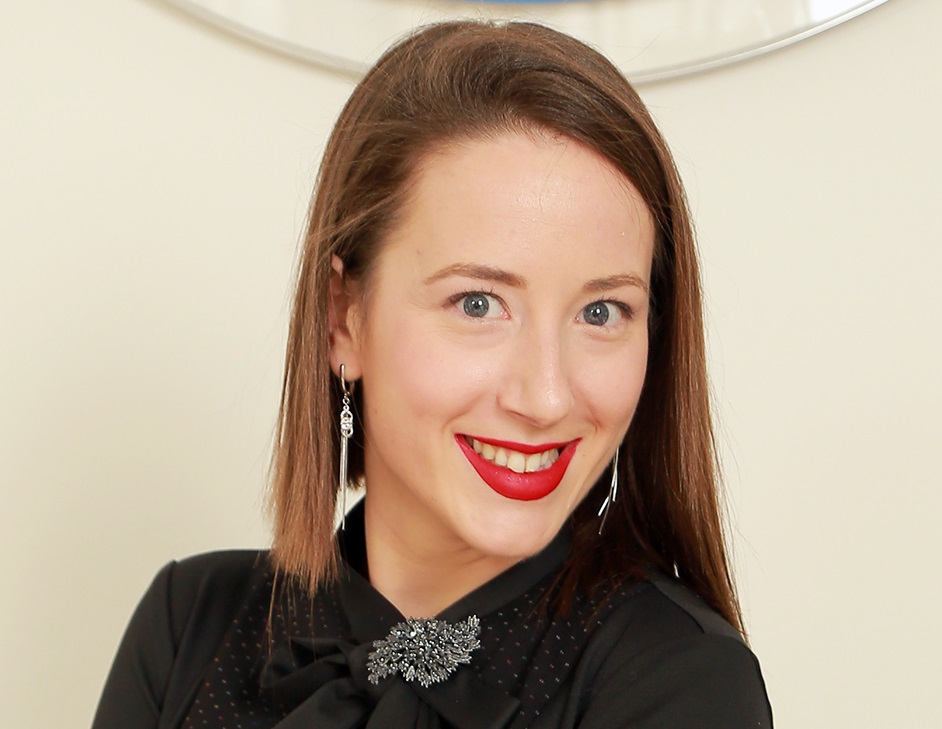 “A well-read and well-informed genocidaire will know that at the early stages of planning of the ‘crime of crimes’ his or her money is best spent not in purchasing machetes, or Kalashnikovs, or Zyklon B gas, but rather investing in radio transmitters and photocopy machines.”

Many of us would not have known about numerous wars around the globe if journalists were not on the battlefields to bring us the coverage. The movie “The Killing Fields” showed the world a story about courage and friendship between Dith Pran and Sydney Schanberg, who was awarded the Pulitzer Award in 1976 for covering the situation in Cambodia after the fall of Pnom Penh. Many of us would have never remained silent confronted with famine in Sudan if Kevin Carter had not taken the famous photo “a vulture watches a starving child”. All of this is telling us one very important thing – the media is an irreplaceable window to the world we are unable to physically step into. Undoubtedly, media can impact public opinion, and can even create it by emphasizing less or more important content, by adding or hiding certain aspects of events, etc. With its undisputable influence, the media can play an important or even a leading role in the commission of international crimes.

World wars showed that guns, bullets, machetes, and aircraft are not the only prerequisites of conflict, and that the significant power of the media should not be disregarded. The examples span from the rudimental, but very powerful usage of media in Nazi Germany, to specific ways of warfare with a machete in one hand and a transistor in the other one during the war in Rwanda. From the transistors came out not only mere propaganda, but also a call for action against the victimized Tutsi group during the aforementioned war (Hutus, by reputation, are shorter than Tutsis; so radio broadcasters urged to “cut down the tall trees”). The discussion about the involvement of one of the major social media platforms, Facebook, in crimes against the Rohingya population in Myanmar is still ongoing. All this leads to a question: can criminal responsibility be attributed to the media in international criminal law, and if yes—how?

Firstly, we must bear in mind that according to the Rome Statute (same as with ICTY and ICTR statutes) only a natural person can be the subject of international criminal responsibility. Hence, when we talk about the responsibility of the “media”, it can only be attributed to an editor, author, or other natural person, but not the media outlet as such. War propaganda conducted by the media can be qualified as hate speech, which per se is not a crime under international criminal law—as opposed to genocide or war crimes, hate speech is not explicitly mentioned in any of the statutes of international criminal courts or tribunals. Moreover, hate speech is not expressly included in the list of crimes of crimes against humanity or war crimes. However, we can assume that some of these acts can be punishable under certain circumstances. For that reason, tribunals had to reconsider if hate speech can fall under the scope of the existing international crimes. Most notably, the courts assessed this matter in the cases Streicher and Fritsche before the International Military Tribunal in Nuremberg, and the Media Case before the International Criminal Tribunal for Rwanda. As Badar and Florijancic rightly noticed, academic papers tend to analyze hate speech in this context through direct and public incitement to commit genocide. Case law, on the other hand, especially the ICTR’s, went a step further saying that hate speech can also constitute a crime against humanity, given it satisfies all required elements. From a legal perspective, such a decision cannot be called better than ‘a Gordian Knot’ as Kapoor and Aravindakshan have elaborated in their blog post.

When does hate speech constitute a crime against humanity?

Secondly, an obvious question that needs to be answered is under which crime listed within the crime against humanity can hate speech be subsumed. Referring to the Streicher Case, in Ruggiu, ICTR was of the opinion that hate speech can constitute persecution as a crime against humanity. Furthermore, according to the ICTR Trial Chamber in the Media Case (following the Ruggiu case), to be treated as such, hate speech has to be “a gross or blatant denial of a fundamental right reaching the same level of gravity as the other acts enumerated as crimes against humanity under the Statute”.

Leaving beside the responsibility for direct and public incitement to commit genocide, the ICTR in the Media Case had a dilemma about the character of hate speech in order for it to be treated as a crime against humanity. Presumably, as a consequence of the plea agreement in the Ruggiu case, the ICTR did not provide an in-depth legal reasoning, nor did it raise this issue in its decision. From the Judgment, it is obvious that Ruggiu’s hate speech called for unlawful acts so the ICTR remained silent on the question of character. Many authors, but also the case law, differentiate between two kinds of hate speech: hate speech that calls for violence or unlawful acts as a kind of a heavier one, and the mere or simple hate speech. The latter signifies a speech that despite its “vituperative and abhorrent” character, does not call for violence or unlawful action. Keeping in mind that not all legal systems are on the same track when it comes to regulating and sanctioning hate speech, an important question arises: can mere hate speech constitute persecution and, even if the case law said “yes”, is this interpretation correct? The Appeal Chamber in the Media Case somehow left a vague answer to this very important question, and this lack of preciseness was criticized by Judge Meron in his dissenting opinion. Even though the International Criminal Tribunal for Rwanda convicted a few perpetrators for hate speech that constituted persecution as a crime against humanity, such a decision can be challenged in light of the following issues: i) does this legal reasoning reflect the different understanding of hate speech withing the two biggest legal systems—Euro-Continental and Anglo-American, ii) is the nullum crimen sine lege principle satisfied with such a decision and iii) is the threshold for crime against humanity lowered by such decision.

Although the Trial Chamber in the Media Case tried to prove the existence of hate speech as a crime in international customary law (“hate speech that expresses ethnic and other forms of discrimination violates the norm of customary international law prohibiting discrimination”), this was not done in a way it does not leave any doubt. Firstly, Anglo-American law systems do not treat hate speech same as the Euro-Continental ones. More precisely, if hate speech does not call for violence, it is protected by the law—most notable example being the protection provided by the U.S. Constitution. This was also emphasized in the Kordic Case, where the ICTY was of the opinion that hate speech is not a crime under the international customary law because: “the broad spectrum of legal approaches to the protection and prohibition of “encouraging, instigating and promoting hatred, distrust, and strife on political, racial, ethnic or religious grounds, by propaganda, speeches or otherwise” also indicates that there is no international consensus on the criminalization of this act that rises to the level of customary international law”. Furthermore, the list of criminal codes used by the Trial Chamber to affirm its decision includes only countries of the Euro-Continental legal system, which does not prove the existence of a universal customary rule. Hereto, the Appeal Chamber found: “not every act of discrimination will constitute the crime of persecution: the underlying acts of persecution, whether considered in isolation or in conjunction with other acts, must be of a gravity equal to the crimes listed under Article 3 of the Statute,” concluding that it is not even necessary to explicitly decide upon that.

Evidently, even within the two “twin tribunals” there is no consensus about this issue. From the criminal law perspective, the Appeal Chamber took a very atypical approach by leaving this question unsolved. The lack of preciseness on the side of ICTR left the accused/convicted wondering how they could predict that their acts will be criminally punishable before this tribunal and constitute a crime against humanity. That leads us to the question of whether the principle of legality has been breached.

Has the principle of legality been breached?

From the Appeal Judgment in Media Case, it is clear that the defense raised the question of the principle of legality, and the discussion became broader within Judge Meron’s dissenting opinion. Even though the principle of legality has many different aspects that can be analyzed, only two majors ones will be the focus of this essay – foreseeability and preciseness of the crime. Foreseeability and its understanding can be regarded in different ways, but even if we stick to the broader understanding that is accepted primarily in the international public and human rights law, but also in international criminal law, the level of foreseeability in Media Case is not satisfying.

If the relevant source of law in this case was international customary rule—and the previous discussion shows that we cannot be fully convinced of its existence—the question arises as to how the Chamber expected the convicted to be aware of these rules at the moment of conducting the criminal act? The difference in the legal views on this issue between the case law of ICTY and ICTR is one of the confirming examples for the aforementioned claim (e. g. in the Kordic case, the Trial Chamber said: “the criminal prohibition of this act has not attained the status of customary international law. Thus, to convict the accused for such an act as is alleged as persecution would violate the principle of legality”). If the Trial Chamber wrongly argues that mere hate speech is part of the customary international law, and the Appeal Chamber says nothing and upholds the Trial Chamber decision in this part, the correctness of such a decision is questionable.

Even if we conclude that such a rule existed in international customary law at that time, we must be aware that the criminal conviction demands previous existence of a precise incrimination. By saying that it is not necessary to decide whether mere hate speech reaches the same level of gravity as other inhuman acts within the crime against humanity, the Chamber left us wondering when does hate speech become persecution. The following part of the Appeal Judgement that states “underlying acts of persecution can be considered together” is not helpful. From such reasoning, we are not able to distinguish precisely which acts together with mere hate speech constitute persecution. In his dissenting opinion, Judge Meron criticized this part of the Media Case Judgment, underlying that in international criminal law “a notion must be precise, not just sufficiently precise”. The Appeal Chamber reasoning left this crime very broadly defined, and definitely lacking preciseness. Cumulatively, this lack of foreseeability and preciseness signifies the lack of respect for the principle of legality, even if we accept the broader understanding of it.

Instead of a conclusion: Is the threshold for crime against humanity lowered by such a decision?