A Pipelineistan fable for our times 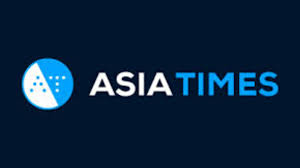 Once upon a time in Pipelineistan, tales of woe were the norm. Shattered dreams littered the chessboard – from IPI vs. TAPI in the AfPak realm to the neck-twisting Nabucco opera in Europe.

In sharp contrast, whenever China entered the picture, successful completion prevailed. Beijing financed a gas pipeline from Turkmenistan to Xinjiang, finished in 2009, and will profit from two spectacular Power of Siberia deals with Russia.

And then there’s Ukraine. Maidan was a project of the Barack Obama administration, featuring a sterling cast led by POTUS, Hillary Clinton, Joe Biden, John McCain and last but not least, prime Kiev cookie distributor Victoria “F**k the EU” Nuland.

Ukraine was also supposed to prevent Russia from deepening energy ties with Germany, as well as other European destinations.

Well, it did not exactly play like that. Nord Stream was already operational. South Stream was Gazprom’s project to southeast Europe. Relentless pressure by the Obama administration derailed it. Yet that only worked to enable a resurrection: the already completed TurkStream, with gas starting to flow in January 2020.