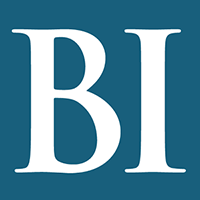 Every aspect of life has been impacted by global warming, and some changes are being felt decades before scientists thought they would.

According to new research from the University of Florida published in the journal Science, 80% of the ecological processes that form the foundation for healthy marine, freshwater, and terrestrial ecosystemscurrently show signs of responding to climate change.

"Climate change is affecting all aspects of life on Earth right now in the present," Dr Brett Scheffers, author of the study and professor of conservation ecology at the University of Florida, told Business Insider. "There are many hidden responses that we are now seeing such as genetic and physiological changes in species and there are many obvious responses in nature such as complete die-offs of ecosystems in response to climate change."

The genetic makeup of individual species have changed, for example. Between the 1960s and 2000s the water flea Daphnia magna evolved to cope with higher temperatures in the UK, and pink salmon have started migrating earlier, thanks to the decreasing frequency of a gene that prompts late migration, according to the study.