How Vienna produced ideas that shaped the West 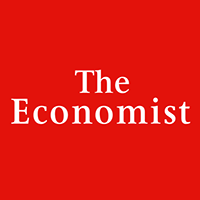 ACROSS the cobbles of Vienna’s Michaelerplatz the world of empires, waltzes and mutton-chop whiskers glowers at the modern age of psychoanalysis, atonal music and clean shaves. In one corner, the monumental, neo-baroque entrance to the Hofburg palace, seat of the Habsburgs; in the other, the Looshaus, all straight lines and smooth façades, one of the first buildings in the international style. This outcrop of modernism, designed by Adolf Loos, was completed in 1911, less than 20 years after the dome-topped palace entrance it faces. But the building embodied such a different aesthetic, such a contrary world view, that some wondered whether a society that produced such opposites in quick succession could survive. The emperor Franz Joseph is said to have kept the curtains drawn so he would not have to look at the new world across the square.

The sceptics were right. Imperial Viennese society could not survive. But the ideas and art brought forth during the fecund period of Viennese history from the late 1880s to the 1920s endured—from Loos’s modernist architecture to Gustav Klimt’s symbolist canvasses, from Schoenberg’s atonal music and Mahler’s Sturm und Drang to Ludwig Wittgenstein’s philosophy.