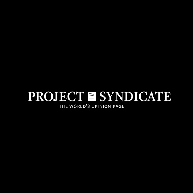 As profound as the COVID-19 crisis seems to us now, it pales in comparison to what previous generations faced. Unlike in the past, however, today's biggest threats must be addressed at both the national and global levels, implying the need for political leadership of a kind that is utterly lacking in today's world.

CAMBRIDGE – To the interwar generation of the first half of the twentieth century, today’s crises would have appeared rather ordinary. They had seen much worse: the two bloodiest wars in human history, mass unemployment and destitution created by the Great Depression (which still dwarfs this century’s recessions), and far more serious threats to democracy in the form of Soviet communism, fascism, and Hitler’s National Socialism.

Nonetheless, resolving today’s predicaments could be more difficult than in the past, because most will have to be addressed through global governance, which is in short supply. True, globalization also contributed to rising inequality and the destabilization of national economies in the early twentieth century, and the Great Depression was very much a systemic crisis, originating in the United States and afflicting most other countries by way of international markets. But, ultimately, the fundamental problems that the interwar generation needed to fix were at the level of the nation-state.

Policymakers at the time recognized that macroeconomic instability, unregulated market economies, and mounting inequalities were the root causes of most of their problems. By experimenting with institutional remedies and formulating new ideas, they laid the foundation for the social-democratic welfare state. Macroeconomic management, progressive taxation and redistribution, minimum-wage laws, workplace safety regulations, government-provided health insurance and retirement benefits, and a social safety net for the least fortunate became the norm.