The Center for International Relations and Sustainable Development (CIRSD) hosted a panel discussion on May 12th, 2015 entitled “Middle East: The Great Unraveling,” to mark the release of the third issue of CIRSD’s flagship publication Horizons. CIRSD President Vuk Jeremić once again assumed the moderating role in the panel, which was composed of distinguished figures such as Former Spanish Foreign Minister Miguel Ángel Moratinos, a founding member of IFRI and visiting professor at King’s College London Dominique Moïsi, Serbia’s former ambassador to Libya and Egypt Dušan Simeunović, and a renowned journalist of the Serbian daily newspaper Politika Boško Jakšić.

The CIRSD discussion revolved around a number of Middle East related questions, commencing with Jeremić’s remarks that many believe that we are in the midst of unraveling of the century-long period which began with the Sykes-Picot Agreement. “The Middle East’s unraveling is turning into the greatest humanitarian catastrophe of the 21st century, and perhaps the greatest since World War II,” Jeremić said.

Dominique Moïsi argued that the prospective making of the Iran deal might lead to realigning of historic alliances in the region. Turning to the question on how radicalization of the Middle East is threatening Europe, Moïsi said that “there are three major threats looming over Europe: Jihadism, Putinism, and Populism.” In terms of the recent developments in the Former Yugoslav Republic of Macedonia, he said that such events “will only reinforce the fatigue of EU enlargement.” 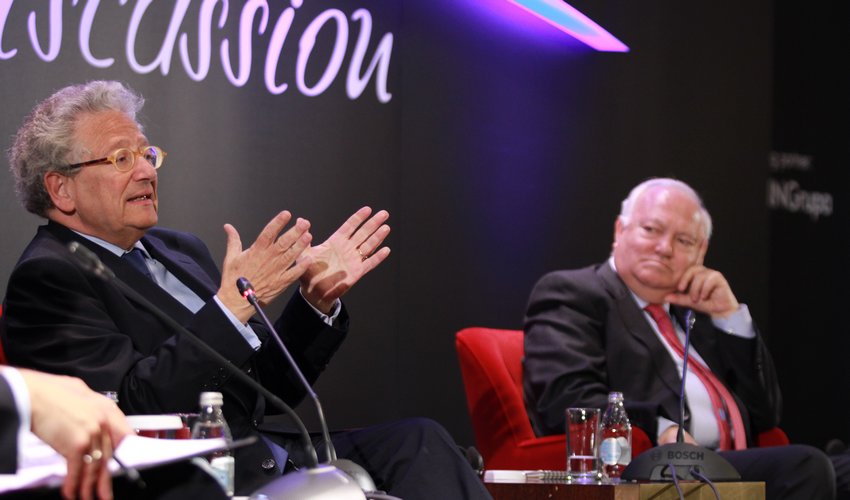 Former Spanish Foreign Minister Moratinos stressed that finding a solution to the Israeli-Palestinian conflict is of central importance, saying that we should “either solve the Israeli-Palestinian issue, or find that solving the rest of the Middle East is impossible.” Addressing the issue of what the appropriate response of the international community should be, Moratinos emphasized the role of diplomacy, arguing that “the UN needs to be reformed and led by a Secretary-General who will be an active diplomat engaged in dialogues” with various parties across the globe.

Drawing on his diplomatic background as Serbia’s former ambassador to Libya and Egypt, Dušan Simeunović said that the situation in Egypt is less likely to stay stable for the country’s military—which has practically been acting as Egypt’s ruling party for the past couple of years—primarily because of the general inability to have an estimate of the extent of Muslim Brotherhood’s influence. Speaking about the emergence of Jihadist threat in the Balkans, ambassador Simeunović argued that the region’s young Muslims are mostly “attracted to the idea of a mission to defend Islam,” and that this idea, in his view, supersedes the attractiveness of economic development. He also said that we needed a better coordination of security services between the region’s countries, as well as strengthening of bilateral ties with the Arab world.

With a long history of being Politika’s foreign policy commentator, Boško Jakšić mostly discussed policies of Turkey and the U.S. in the Middle East. He said that the U.S.-led coalition air-strikes have produced some results, which are, however, still far from enough to defeat ISIS. Turning to an increasingly significant role of Turkey in the Middle East, Jakšić said that “it seems that Turkey is becoming more preoccupied with bringing down Bashar al-Assad’s regime in Syria, than it is with fighting ISIS.”

The Summer 2015 issue of the magazine will be released in mid-July, devoting its largest portion to events concerning China and the Asian continent.

Photo gallery from the Belgrade event is available via the following link.