Young Global Leaders Working Meeting: The Crisis of the European Union - What answers to offer?

The Center for International Relations and Sustainable Development (CIRSD) hosted a Young Global Leaders (YGL) Forum entitled “The Crisis of the European Union: What Answers to Offer?” on July 15th and 16th in Belgrade. 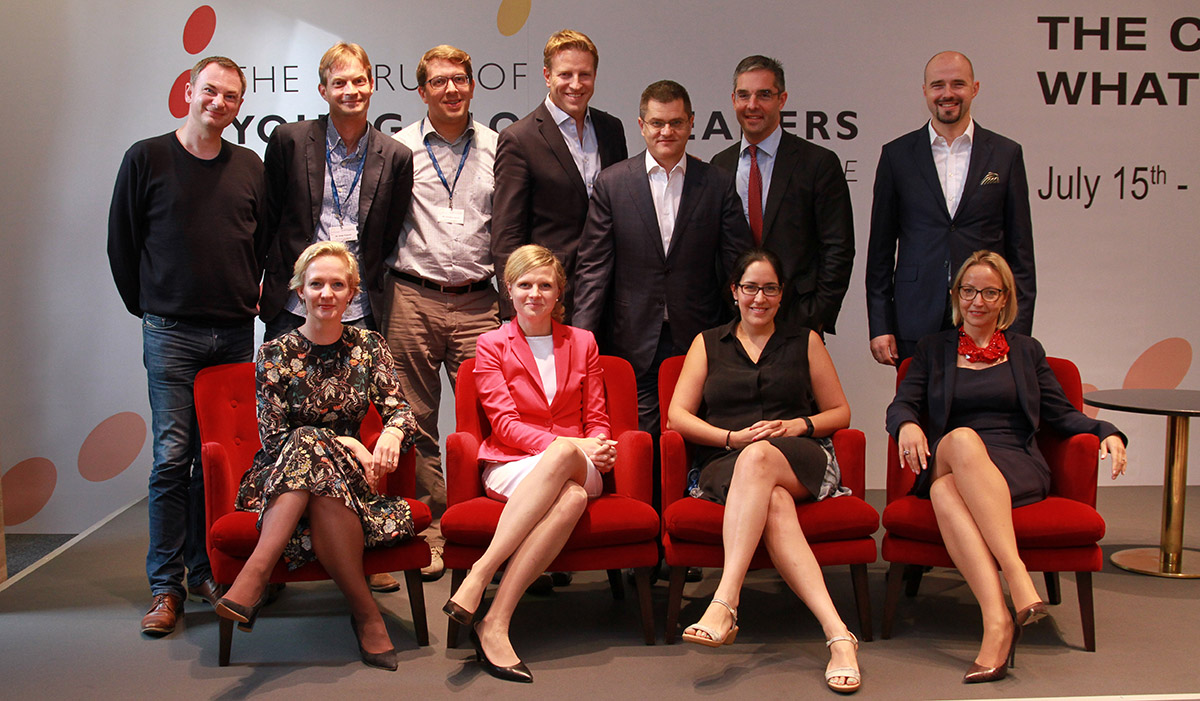 The aim of the two-day Belgrade forum was to gather young global leaders and have a discussion on external and internal challenges of the European Union, as well as to devise an action plan for YGL in Europe.

The Belgrade event served as a continuation of the YGL event series, more specifically the 2015 Geneva meeting, which led to the establishment of the “Task Force on Europe.”

At the event’s onset, CIRSD President Vuk Jeremić said that the Belgrade forum comes at a critical time for Europe, especially considering the UK’s recent vote to leave the EU. In his introductory remarks, Jeremić enquired whether the Brexit vote served as a trigger of a wider European crisis, or came as a mere consequence of an already existing malaise on the Old Continent. He said that the current state of affairs in international relations has not been this complex since the Cuban Missile Crisis. Jeremić concluded by saying that Europe faces a choice between using the Brexit experience to redefine itself and drifting towards irrelevance and further internal frictions. 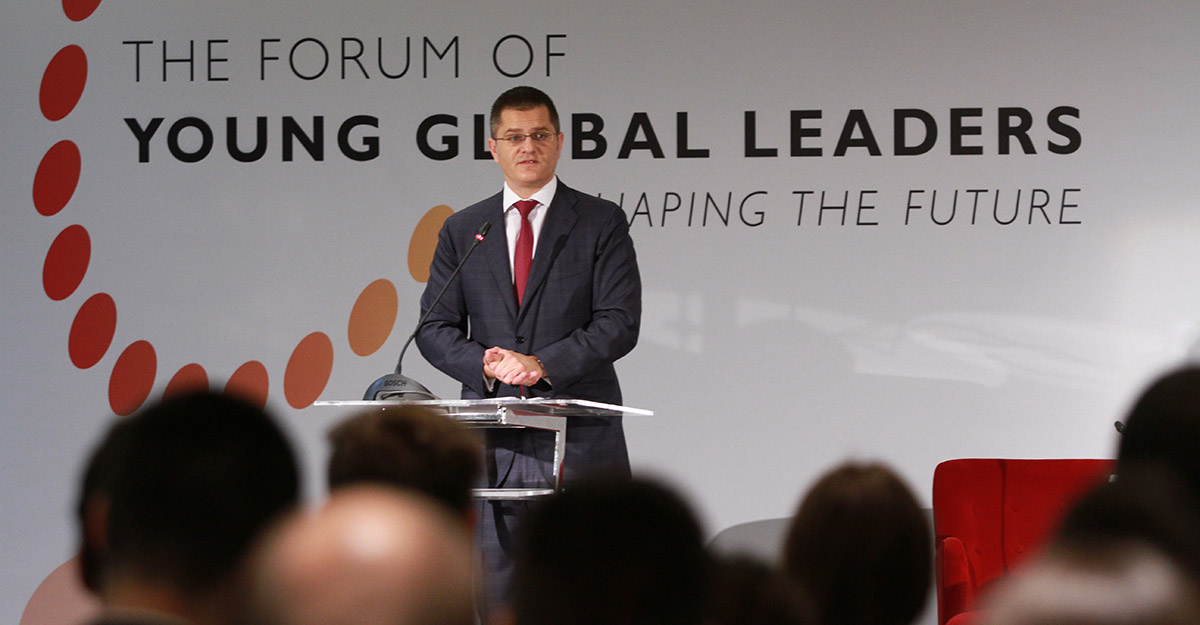 The main themes of the YGL forum centered on possible consequences of Brexit, EU-Russia relations, terrorism and religious extremism, and the future of the monetary union. The luncheon discussion was largely devoted to recent developments in Turkey, and implications of the last night’s unsuccessful coup in the country.

The Founder and Director of the European Academy of Diplomacy Katarzyna Pisarska said that in spite of the EU’s growing problems, the citizens of the EU and their respective national governments should not forget the fact that the Union has served as a “rational and highly beneficial project for all the involved parties.” She added that certain weaknesses should not put the entire European project in jeopardy.

The European Central Bank’s Director General of Communications Christine Graeff declared that the EU institutions should not stand at the forefront of the European project’s defense. Instead, such a role should be left to the member states, for they enjoy more legitimacy among their respective citizens. 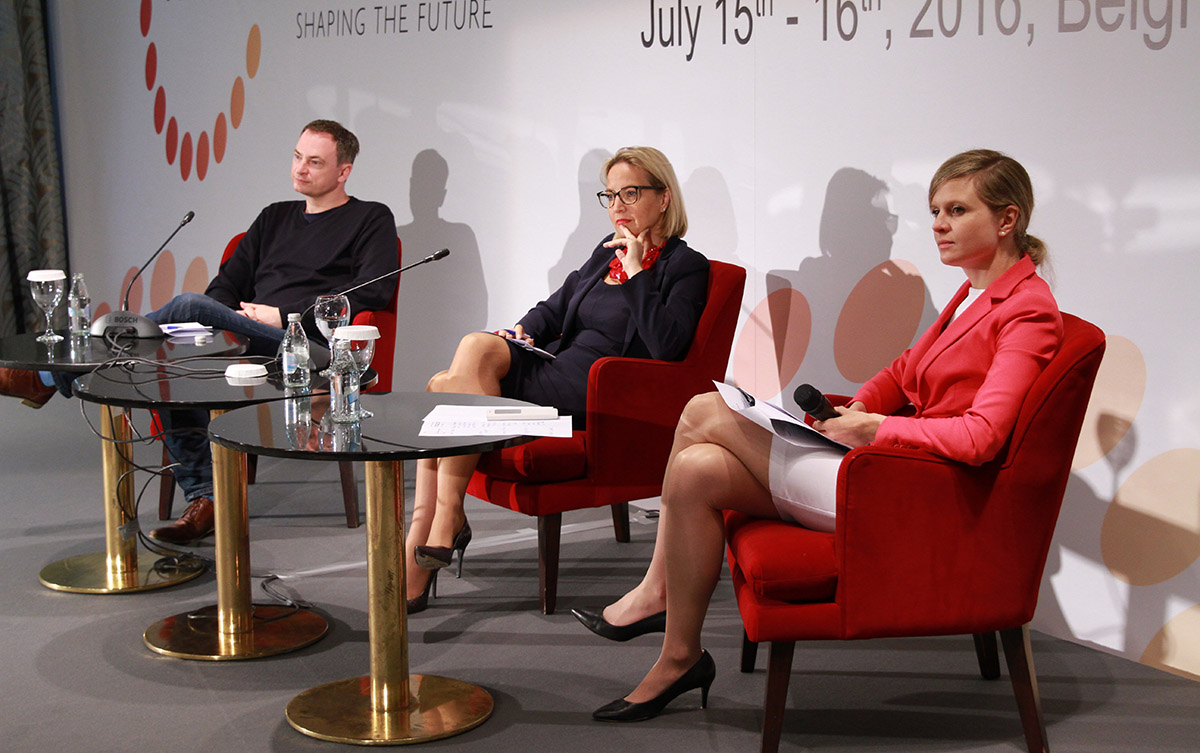 One of the YGL’s members Matthew Parish remarked that the Brexit vote should be seen as a result of the electorate’s rejection of the ruling class, rather than the EU itself. He added that the growing discontent with the state of the EU quite often disguises the real reasons behind popular dissatisfaction—many of which are rooted in domestic policies.

CANVAS’ Executive Director Srdja Popović underscored that rising religious extremism in Europe comes in part as a consequence of the inability of the European elites to articulate the narrative on what European values truly represent, as well as to fulfill their citizens’ expectations.

YGL is a diverse community of influential individuals under the age of 46, serving as part of the World Economic forum and with its membership hailing from over 70 countries. The Belgrade event also featured an open session, thus offering a unique opportunity to local experts and future leaders to become better acquainted with trending political processes in Europe.