Outer space as a global common 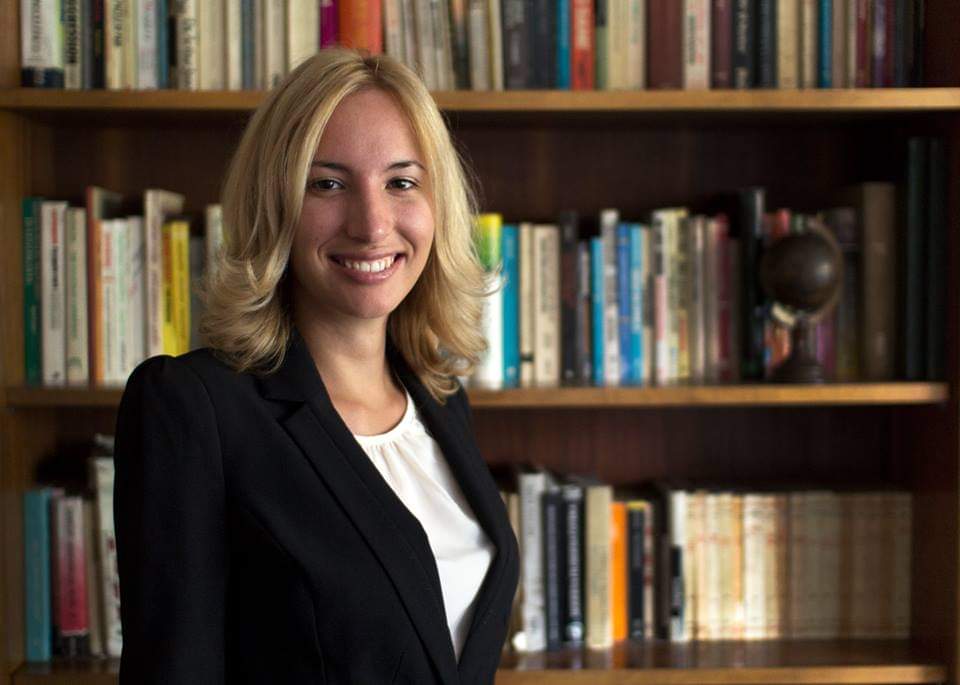 Author:
Dr. Anja Nakarada Pečujlić
Anja holds a doctorate degree in space law from University of Cologne and she works for a space start-up, Endurosat, as a Business Creator. Prior to that, she was the Project Manager for a European Space Agency (ESA)/Cologne University joint project: “ESA Convention Commentary” and an External Consultant of the European Space Policy Institute in Vienna, Austria. In 2017, together with her colleagues, Anja started Serbian Case for Space Foundation with the aim to engage Serbia in the space domain.

An increasingly interconnected and interdependent world marked by uncertainties, threats, and instability requires a complex strategy of governance in order to strengthen the prospects of peace, equity, and eco-sustainability. This complex strategy of governance, inter alia, necessitates ongoing efforts to create international binding norms that, on the one hand, reflect the growing interdependence and interconnectedness and on the other, transcend the competing national self-interests. Such efforts are particularly relevant for those recognized life-sustaining domains that go beyond the concept of sovereignty, residing “beyond the (exclusive) jurisdiction of any state, and to which all nations have access”. Due to their life-sustaining capacities and their significance for the collective wellbeing, they have been designated as “global commons”, i.e. domains that require global governance for the benefit of mankind. International law recognizes four such domains: the High Seas, the Atmosphere, Antarctica, and Outer Space. Over time, as Soroos noticed and elaborated in his 1995 paper “Managing and the Atmosphere as a Global Commons”, a normative framework for the governance of the High Seas and Antarctica has developed, while the Atmosphere as a global common has been left insufficiently regulated. The space domain, after an initially successful phase of developing a body of binding laws during the Cold War Détente, stagnated and ended up in a prolonged and dangerous legal stalemate lasting up to this very day.

This international space law norm-creation stalemate has been present for over 40 years and it is endangering the preservation of established, guiding legal principles entailed in the Outer Space Treaty (OST is the main international convention regulating all space activities) and the four subsequent space treaties adopted, namely the Rescue Agreement, the Liability Convention, the Registration Convention, and the Moon Agreement. Furthermore, this normative deadlock is also giving raise to severe practical risks, as the sustainability of the parts of outer space that humans utilize is left to individual interpretation of States and thus not adequately governed and ensured.

Amidst this lack of norm-creation, legal uncertainty and heightened utilization of outer space by an increasing number of States and private actors, it is crucial that the underlying principles of space law and the practice of States in interpreting those principles continue to apply to preserve space for the ‘benefit and in the interests of all countries’. As correctly pointed out in the Cologne commentary on space law, outer space as the province of all mankind is an area of human activity in which the interest of all mankind comes above the interests of specific countries. This principle is embedded in Art. I OST, further highlighting the collective aspect of space activities already stipulated in the leading provision of the OST. It refers to the fact that States are sovereign equals under international law and that no State can take precedence in deciding unilaterally on matters that affect other states (Art. 2 (1) UN Charter). In outer space, this concerns its utilization and exploration. However, does this mean that States are legally obliged to cooperate and is establishing global governance the way to facilitate this type of international cooperation?

For space law, internationally binding norms are the only viable tool to ensure the highest level of uniform compliance among different actors and the best guarantee to preserve the outer space environment. Not only do binding norms give rise to an internal sense of legal commitment, but given that States are also carriers of rights and obligations under general international law, they enter into international cooperation with other States. At first glance, it may seem that States are free in choosing the areas of cooperation that they will enter into. However, there are certain cases in which it can be strongly argued that States are obliged to engage in multilateral cooperation, irrespective of their political will. The growing requirement for international cooperation has provided the impetus for an enlargement of the material scope of operation of international law in areas in which common interests or global issues are predominant. Following this reasoning, the legal obligation to cooperate arising from international law is called “mandatory multilateralism”. According to this concept, mandatory multilateralism is relevant in circumstances in which under international law, it is not left to States’ discretion to adopt policy decisions unilaterally in matters that are of global concern. This concept is thus applicable to resources that are defined as “common areas”, “common heritage” or “common concerns” of humankind under international law. By placing these resources outside the scope of any individual State's sovereign jurisdiction, they “can only be administered properly through norms and institutions that reflect the collective governance of the entire international community.” In these special cases, when resources are defined as global commons, this formulation is utilized in order to underline the necessity for States to jointly (commonly) regulate and govern these areas. More precisely, States are not only obliged to take into account other nations’ needs but they have to work together in norm creation. In Art. 1 OST, the provision “the province of all mankind” embodies the sentiment that States must jointly govern outer space and by adhering to the OST, States accepted this obligation. Hence, the obligation to cooperate in jointly (commonly) regulating the governance of outer space is contained in a legally binding document. As the exploration and utilization of outer space is a global common (“province of all mankind”), States must jointly (commonly) govern this area and cooperate in regulating emerging problems. In other words, States should not only be advised to cooperate in space law norm creation, but they have a legal obligation to do so.

International environmental law deals with issues that cannot be adequately addressed by one State acting alone, and it serves as a good example as to how this doctrine is reflected. In the environmental domain as well, common resources of humanity are at stake and thus, international cooperation becomes mandatory under international law. Indeed, States did succeed in reaching a new agreement in 2016 – the Paris Agreement. The Paris Agreement is a hybrid of legally binding and non-legally binding provisions and it sets out a global action plan to avoid dangerous climate change by limiting global warming. Similarly to climate change problems, States are in agreement that space debris situation poses a substantial issue for future space activities, and since it has the potential of rendering orbits inoperable - it needs to be resolved. Here a legitimate question can be posed as to why it is necessary to insist on new round of internationally binding norms now, when things are still working, and more and more States are successfully conducting space activities. A highly technological area of exploration and utilization such as outer space, carries many political and security implications, along with the unknowingness of what we might find and what long term repercussions our current behavior might have. Thus,  thinking ahead is the key. The durability and the robustness of the legal framework has to be extended to the new types of space activities and actors. One wrong act of a State or a private entity is sufficient to place the entire process of exploration and utilization of outer space into jeopardy. In other words, these increasing legal uncertainties are challenging the main objective of the Outer Space Treaty – to guarantee that the exploration and use of outer space is to remain the province of all mankind. Taking all of this into account, it is not too early (and it is not yet too late) for all nations to become more active in preserving the outer space as a global common for generations to come.