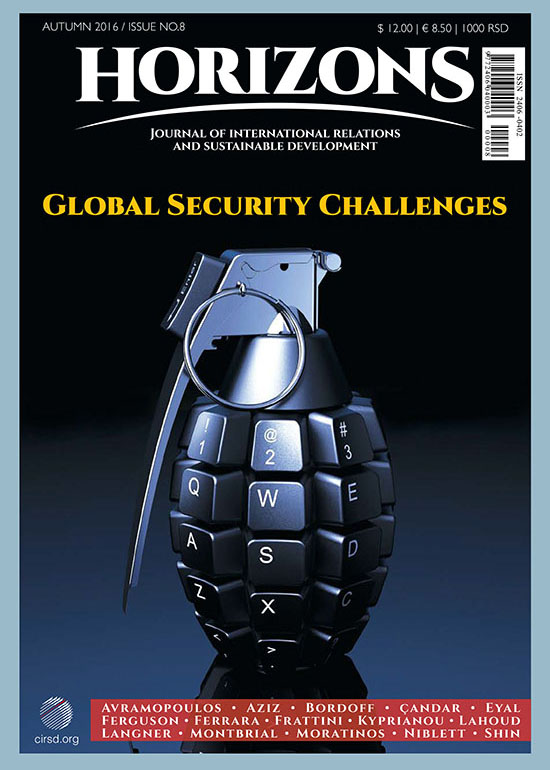 THE OPTIMISM that permeated the turn of the century about successive generations living in safer, more predictable, and more prosperous circumstances has gradually given way to feelings of disenchantment and insecurity.

THIS GLOBAL anxiety is fed by a number of sobering realizations: first, the rise of inequality both within and between states, which has increased socio-economic tensions and led to a reputational decline of elites around the world; second, the evident lessening of trust between the major powers in the absence of an agreed global agenda; and third, a diminished confidence in the suitability of core multilateral institutions to decisively address contemporary challenges that continue to grow unabatedly in number, scope, and significance.

THIS HAS made it increasingly difficult for the international community to focus on defining, much less advancing, common strategic interests.

THERE ARE notable exceptions, of course, including the agreements reached in 2015 on the UN 2030 Agenda for Sustainable Development and climate change; even in these instances, however, key stakeholders have only barely started to act so that the accords’ provisions can be implemented within the agreed timelines.

THE ONSET of revisionist populism targeting those who feel disadvantaged by the rapid pace of social and technological change has affected electoral and plebiscitary politics around the world. Public discourse has grown more divisive and acrimonious, providing fewer opportunities for solutions-driven debates on how to tackle contemporary challenges, including the looming threat posed by cyber warfare, as well as energy security, nuclear proliferation, and escalating maritime disputes.

AN AREA of particular concern is the wider Mediterranean basin. In many ways, this heterogeneous region remains the barometer of world politics—a point made by several authors in the current issue of Horizons. Its nations face a dizzying array of interrelated challenges that include the onset of a new form of a murderous ideology with global reach and appeal; the radicalization of long-held sectarian, tribal, and ethnic grievances; a humanitarian catastrophe causing unprecedented waves of mass migration; collapsing states and secessionist aspirations; economic stagnation and demographic explosions; and the often uncoordinated involvement of outside actors pursuing incompatible outcomes.

WHILE multilateral institutions alone have seldom been able to advance the international agenda on their own, when leading ones such as the United Nations fail to act with purpose and decisiveness, they lend credence to the voices questioning their relevance. Whether at the UN or elsewhere, stakeholders will need to find ways to more closely coordinate their interests; otherwise, the global security challenges of today might very well pale in comparison with those of tomorrow.