CIRSD’s analyst Anja Jevic attended the 24th Conference of the Parties to the UN Framework Convention on Climate Change (COP 24), the most prominent international climate change set of negotiations since the adoption of the Paris Agreement in 2015. 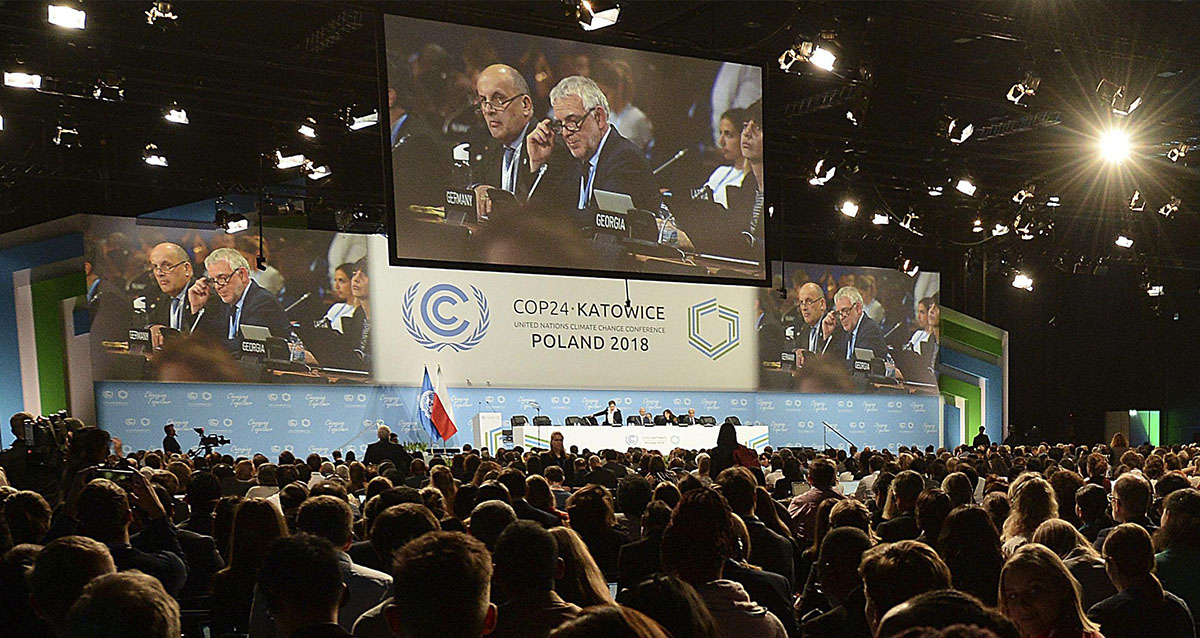 The conference was attended by more than 20,000 delegates from 197 states and territories. Gathered in Katowice, Poland, delegates devoted the past two weeks to negotiating the rulebook for the Paris Agreement with the guidelines to implement climate action. At the conference’s end climate diplomacy provided a more detailed set of rules for the Paris Agreement. The result is a guideline that will operationalize the transparency of mitigation and adaptation measures on national levels, as well as details of financial support for those measures, especially for developing countries.

Following the IPCC Special Report, which provided guidelines on how to halt global warming at 1.5 ° Celsius higher than pre-industrial levels, all eyes were pointed at COP24 decisionmakers, with sir David Attenborough taking the “people’s seat” and calling upon them to prevent “the collapse of our civilizations that is on the horizon”. This year’s event took place in Poland, a country that tops the EU’s list of the largest coal energy producers generating 80 percent of electricity from coal, with Katowice being the country’s coal capital.

While the messages of climate action were mixed, the interactive Talanoa dialogue showed the spirit of solidarity and communication, encouraging representatives to relax their positions and to explore new ideas for collective mitigation effort. “We are still in” movement, which included over 3,500 representatives from 50 U.S. states, has restored global confidence in the American commitment to climate action, demonstrating to the world that there are still ways to bypass politics. EBRD announced it would stop financing coal projects, world-leading fashion companies spoke of their sustainability targets as integral part of their business strategies, while the private sector embraced its role in driving climate action through investment in renewable energy.

The near-unanimous conclusion of the conference was that the three primary drivers of climate mitigation are long-term policy frameworks, finance, and innovation, with government policy standing on the top of the pyramid. Even though common ground has been found, there is little time to make sustainable mechanisms for cutting greenhouse emissions and incorporate them into national laws. Economists believe there are financial instruments for making “billions to flow into trillions”. The negotiators have agreed to finalize the details for market mechanisms in the coming year by adopting them at the next UN Climate Change Conference (COP25).  Global targets have been defined three years ago in Paris. There is a broad consensus that we now need strong global leadership to ensure we can deliver on those pledges and show satisfactory progress by the time we get to 2023 revision. This will require unprecedented international collaboration and multidisciplinary approach to ensure the optimal mitigation strategy is implemented in each country.