President of the Center of International Relations and Sustainable Development (CIRSD) Vuk Jeremić said today that the war in Ukraine is "the first armed conflict within the strategic confrontation which will be happening in the coming decades. This confrontation is the cold war between the United States and China."

"The clash between the US and China will largely determine our time. They are the two most consistent forces in economics, science and technology. The US is already a military superpower and China will become that in the 21st century, "Jeremić said during the discussion "The return of the history – Serbia at Crossroads," which was held by CIRSD at the ‘Aeroklub’ venue in Belgrade.

Jeremić stated that the introduction of economic tariffs on Chinese goods during the administration of former US president Donald Trump marked the beginning of the era that can be qualified as the cold war. He compared it to the beginning of the Cold War, which started with the fall of the Iron Curtain in Europe, and the first "Kinetic war" in which two opposing sides took part indirectly, this war took place on another continent, in Korea. 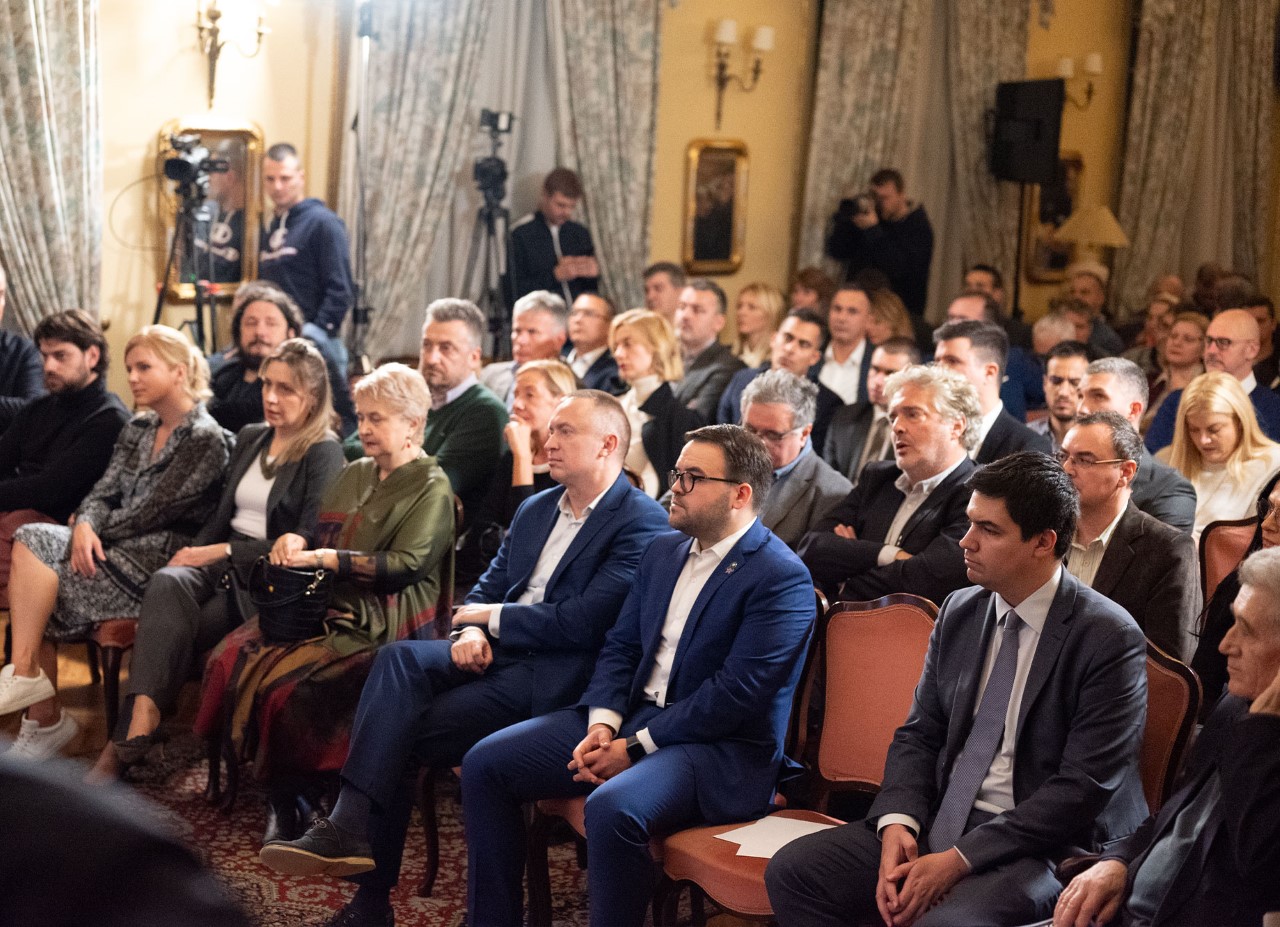 "War in Ukraine is the first armed conflict of many that we will witness in contemporary history in which two of the most consistent players of the 21st century, the US and China, will directly or indirectly take part. Similar to the 20th century when the two superpowers clashed for the first time and came to the brick of a direct conflict over the island on the coast of one of them, that is Cuba, in the 21st century this location could be Taiwan," Jeremić said.

Jeremić reminded the audience that on this day in 1989, the Berlin Wall fell that led to excitement and the launch of the thesis about "the end of the history" and a period of permanent peace in which the guarantors of stability will be the winners of the Cold War, but it turned out that history never ends.

Milo Lompar, a professor at the University of Belgrade, said that from 1945 until today, most wars, coups and overthrows of the governments were carried out by the US politics that is very aggressive and "understands friendships as orders and agreement as dictation" and spreads this idea as much as possible.

"The US did not continue its politics that made them win the Cold War. Its politics was a combination of pressure and ideological shaping of the public, roughly said. So, it did not patiently try to get to a world that is different. Maybe this shows that the US faces the crisis within itself," Lompar said.

"In my opinion, the Russian reaction is defensive, but there is a surprising lack of cultural politics. In Ukraine, a country that has between 25 and 30 percent of people who identify as Russians and 70% of the population speaks Russian, it seems to me that if you reach for the defense in the sense of your military interest and not in the sense of cultural-propaganda resistance, which is how I see it, the failure cannot be avoided and it is probably not going to be a small one," Lompar said.

Historian Milan St. Protić said that the war in Ukraine is the beginning of the renewal of the Soviet Union.

"Unfortunately, no one in Moscow understood how wrong and pernicious the Soviet Union politics was. They were holding under its military authority the whole series of people and countries in Eastern Europe, who rushed to join NATO and the European Union looking for the salvation of the danger which can come from the East," Protić said.

"Attack on Ukraine shows that Ukraine made a mistake by not using the opportunity when it could to join NATO. If it had been part of it, this would not have happened. Russian history until 1917 is one thing and another from 1917. There is no continuity in anything because the empire and its elements were eliminated at the root and they never recovered. This today is the same Soviet, Red Army mentality, who attacked Ukraine at the end of the First World War that ended with the defeat of Ukraine," Protić said.

Jeremić asked interlocutors about the role of Serbia in current world affairs. He added that it was shown that the capacity of Russia to project conventional military force is more limited than most people believed because without limited mobilization it cannot secure even the entire territory of Donbas. So, the question arises what kind of help Russia could provide outside of its borders, somewhere in the Balkans, taking into consideration the alliance between Serbia and Russia.

Lompar answered that Serbia is going in a direction that does not provide a good solution and this direction includes life under slavery and the loss of self-respect.

"All of the decisions that Serbia has to make have hard consequences. Either if it accepts the order from the US or resists it, it seems to me that this government can only put Serbia in a crisis," Lompar said.

Protić emphasized that Serbia has 850.000 fewer people than 10 years ago. The most talented young people live abroad for decades and that loss is irreparable. South and East Serbia are almost abandoned and the moral state of the people is at its bottom because it is normal for everyone to give themselves more rights than others. Education is such that the average Serbian cannot list three monasteries in Kosovo and Metohija.

"If our ancestors could see us, they would not recognize us. This is a newly composed Serbia in which everything revolves around territories within Tito's socialism, to which we are enslaved to this day," Protić said.

On Jeremić's questions about Serbia joining the EU, Protić answered that Serbia needs a guardian and unfortunately, that must be a strong guardianship.

"Our only way of salvation is to join the EU and to pray that it does not collapse because everyone joined the EU now," Protić said.

Lompar replied that it is deeply devastating if someone thinks that Serbia needs guardianship because that means that we do not even need the country.

Protić, who is the former ambassador of Serbia in Switzerland, asked "What is the country?" and Lompar answered, "The country is what you represented as an ambassador and earn the salary for it".

Lompar said that Serbia would endanger other parts of its territory if it decided to give up the territory of Kosovo and Metohija because it would show the other territories can be separated too. It would also lose its own culture and traditions in Kosovo and Metohija.

Protić said that territory of Kosovo is lost because of the wrong politics of Josif Broz Tito and even worse politics of Slobodan Milošević.

"We lost North Macedonia which is soaked in the blood of Serbian people, and we did not complain about that, but we are still very proud of Kosovo and not giving up on it. If that is not hypocritical, I do not know what it is," Pr