For the past decade and a half, most governments in the region of Latin America have been of the political center-left/left wing variety. They have prioritized the tackling of societal and economic inequality through various redistributive programs. Within the media and academia, this became known as the Pink Tide. This era appears to be ending, though, as the region appears to be turning away from the governments and associated values of the Pink Tide, raising questions as to what will follow them. 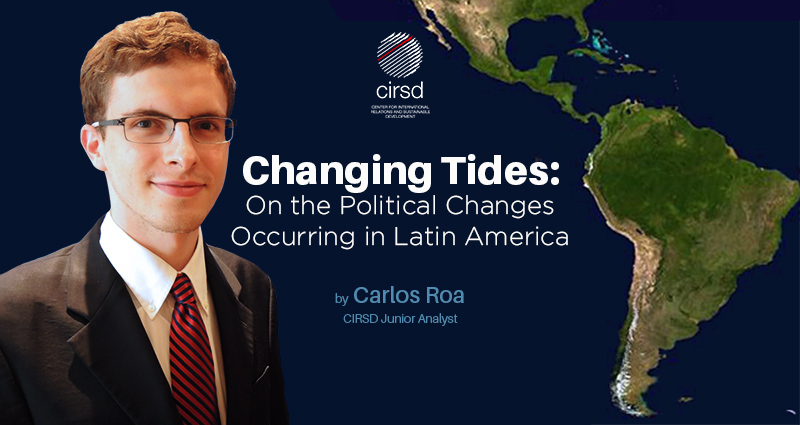 To address these questions, this paper traces the economic developments and the history of the political left in the region over the course of the past half-century, drawing lessons as to what influenced the rise and establishment of Pink Tide administrations. This paper argues that Pink Tide governments came to power due to disillusionment with the free market economic policies perpetuated by the West and benefited from high commodity prices which allowed them to spend on social services and distributionist policies. These high commodity prices, however, have turned out to be unsustainable, resulting in a decline in government spending and thus an inability to meet popular demands. The paper concludes by analyzing how these changes could play out and sets forth possible scenarios on the basis of various ongoing trends.