Home > CIRSD Recommends > The Berlin attack proves Tunisia, the single success of the Arab Spring, is yet to overcome its past

The Berlin attack proves Tunisia, the single success of the Arab Spring, is yet to overcome its past 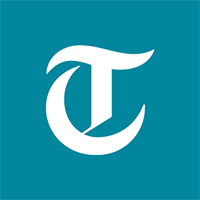 Another terrorist attack in Europe brings more alarmed finger-pointing at Tunisia. Have we entirely misread the story of the small Mediterranean nation whose people’s bold protests for dignity and social justice sparked the Arab Spring six years ago? It is a deeply troubling puzzle. Here is a nation known by most in the West for its languid tourist beaches; but one which has also produced a group of individuals now linked to a string of terrorist attacks.

Anis Amri, the man suspected of the Berlin lorry attack, grew up in a small town near Kairouan, 60 miles south of Tunis and then, like thousands of his countrymen, took a boat to the Italian island of Lampedusa in early 2011 in search of a new life.