The 2018 Silk Road Forum took place in Paris on 7 December, with Vuk Jeremic delivering a keynote address to an invitation-only audience of several hundred political, business, and think-tank leaders from all corners of the world. 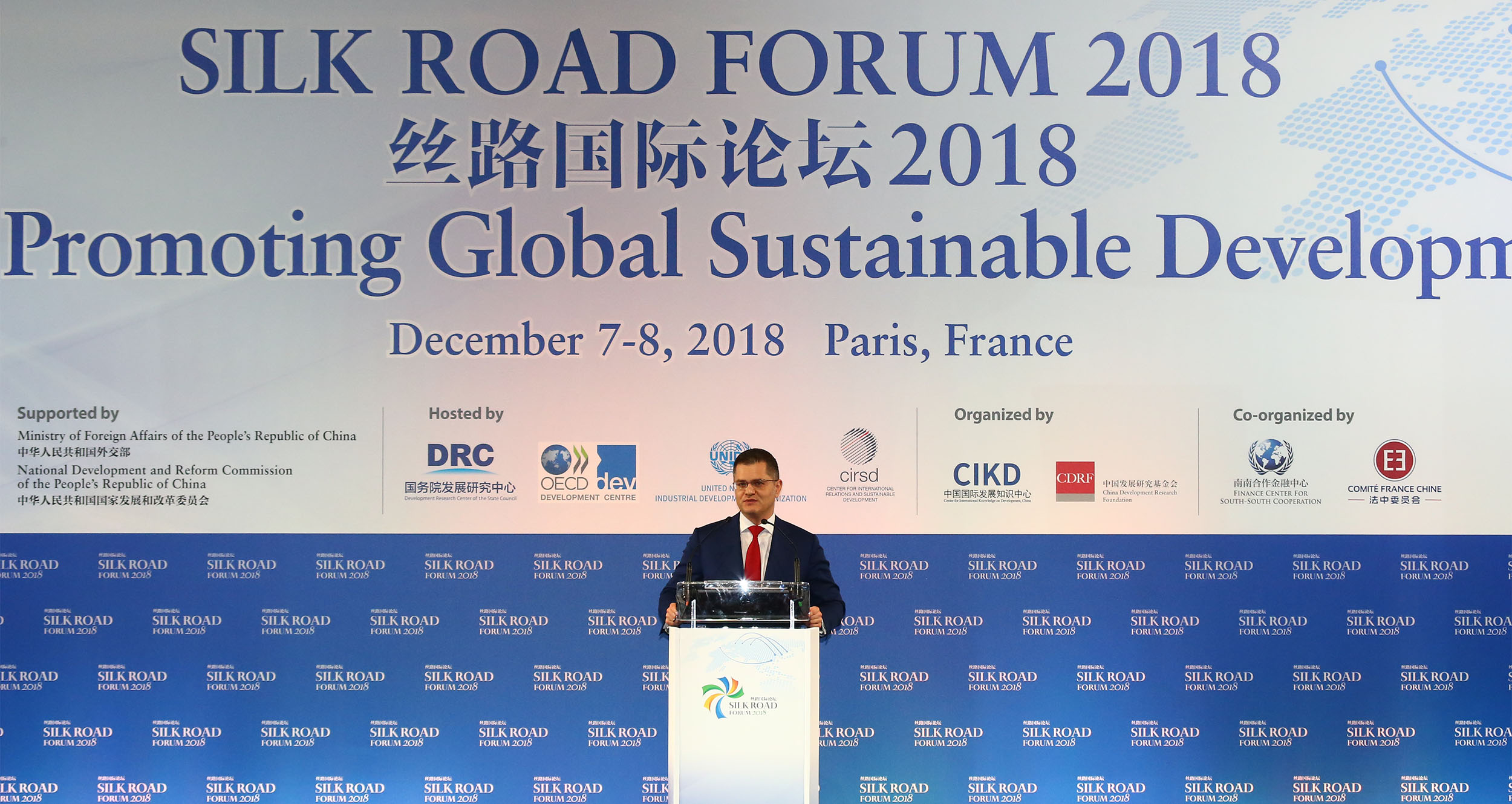 Jeremic’s main message was that Europe’s strategic interest required deepened engagement with the Belt and Road Initiative (BRI), a trillion dollar investment mechanism designed to increase interdependence across half the globe, which Jeremic said will “inevitably transform the politics and economics of globalization in the 21st century.”

The Silk Road Forum has taken place each year since the launch of the Belt and Road Initiative in 2013. This flagship conference was co-founded and has been co-organized by the Development Research Center of the State Council of China (DRC) and the Center for International Relations and Sustainable Development, with the support of China’s Foreign Ministry. This year, co-organizers also included the OECD’s Development Centre and the UN industrial Development Organization (UNIDO).

In his remarks, Jeremic openly acknowledged the concerns and objections to BRI, but stressed that it was in Europe’s “fundamental interest to deepen engagement with all the world’s economic powerhouses and dynamic markets,” most of which are part of BRI.

Serbia’s former foreign minister also made a case for how European engagement with BRI could help the Old Continent “regain a more central place on the geo-economic map if the world.” The alternative, Jeremic said, was for Europe to become “just an appendage” to a vast economic zone whose center would be on the other side of the world—what he called the “mare nostrum, of the 21st-century,” the Pacific Ocean.

CIRSD President Jeremic compared the launch of BRI to an “outstretched hand” and expressed concern that it could be “met with or turned into a clenched fist.” Should that happen, Jeremic warned, the world “may be caught on the trajectory leading to a new Cold War in the best case scenario.”

The 2018 Silk Road Forum brought together nearly 70 high-level speakers, including current or former heads of government, ministers, and CEOs of Fortune500 companies, as well as renowned academics and analysts, in addition to senior officials from various international organizations and IFIs, to explore the strategic potential of the Belt and Road Initiative (BRI).

Prior to the Silk Road Forum, the Annual Meeting of the Silk Road Think-tank Network (SiLKS) was held. Launched in 2015 by CIRSD and the DRC, SiLKS is the world’s leading think-tank network devoted to the study of BRI, with more than 55 members and partners. Vuk Jeremic is a member of its Steering Committee, which adopted a Three Year Work Plan for SiLKS during the meeting.