The Center for International Relations and Sustainable Development organized the online launch  of the latest issue of its flagship magazine Horizons entitled “Pandemics and Geopolitics” on June 29th 2020. The discussion featured Vuk Jeremić, the President of CIRSD, George Friedman, Founder and Chairman of Geopolitical Futures, and Rawi Abdelal, Professor of International Management at Harvard Business School.

During the discussion, the three interlocutors agreed that Serbia needs a strategy for the digital transformation of the economy and to better foster education so as to be able to take advantage of remote working, which will be increasingly present even in the wake of the coronavirus pandemic. 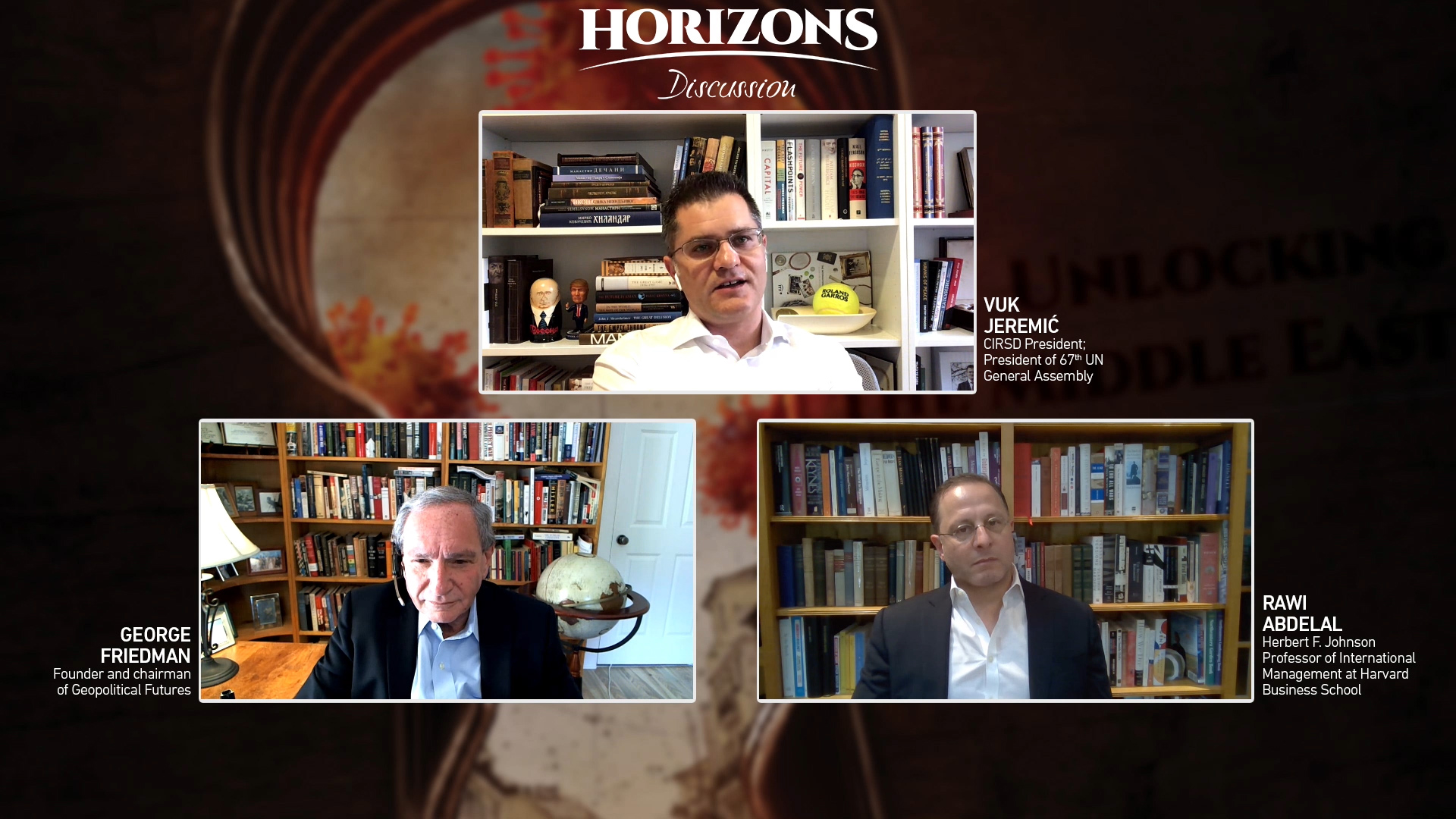 Jeremic noted that America has withdrawn from numerous international agreements in recent years, such as the one on climate, and did so in the middle of the pandemic, and that it has also terminated its cooperation with the World Health Organization.

"The United States is doing something very important – finding its national interest. And we will do that as an opera – at the top of our lungs, making accusations in all directions. That’s our culture. The real issue is what precisely is the American interest. Our core interest is dealing with China and Russia. China may be powerful, but it cannot and does not want to operate in the Atlantic and the Mediterranean,” Friedman stated.

He expressed his belief that leadership has become a loaded notion for America, because it has come to mean, in effect, that if someone wants something, America should give it to them. Friedman added that a confrontation with China is not only irrational, but also unnecessary, because China is not challenging America’s fundamental interests.

Friedman also estimated that demographic shifts will cause more dramatic consequences than the invention of the microchip. "Life expectancy is expanding dramatically. Birth rates are contracting dramatically. That trend will not change, because the cost of having children is high, and medicine is advancing. We are moving into a period where there will be more older than younger people. This is already happening in many places," Friedman said.

Abdelal stated that the coronavirus pandemic has magnified the problems that existed before, including income inequality among American citizens, which has not been as extreme since 1929.

He pointed out that we are facing the very real possibility of the end of the West as a geopolitical concept, a rupture in the transatlantic alliance, which is one of the key foundations of a wide variety of elements of world order as well as one of the institutional foundations for globalization itself.  The fact that there has been a relatively unified West has been extremely useful for the United States, and this unity is now in danger of being destroyed.

Commenting on U.S.- Russia relations, Abdelal said that the next American president will have very limited authority when it comes to “resetting” relations with Moscow. Since the sanctions against Russia were introduced in the form of legislation, no president can unilaterally undo the sanctions regime.

"Without undoing the sanctions regime, it impossible to create a more harmonious U.S.-Russian relationship. The sanctions regime can only be undone by acts of Congress, and I don’t know what lunatic in Congress would decide one day that he or she would propose on the floor of the House or the Senate, that today is the day we are going to lift the sanctions. There is no political interest in doing that," Abdelal concluded.