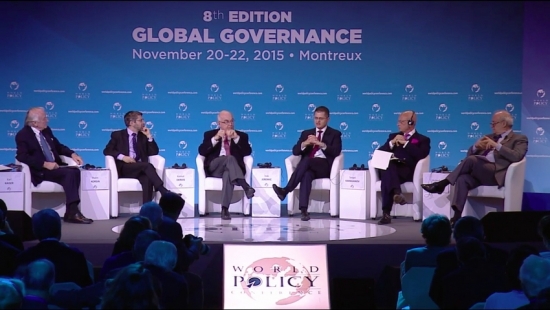 Jeremić spoke on one of the central panels devoted to the refugee crisis in Europe.


The CIRSD President reiterated that Europe has to play a leading role in the ongoing diplomatic efforts to find a political solution for Syria’s future, as well as create conditions for a much needed ceasefire. Jeremić said that setting up barbed wire fences along the borders of the Schengen space is neither an optimal solution nor will it be enough to solve the refugee crisis. On the other hand, this contributes to more tension in the Balkans and further delays the arrival at a solution.

“The refugee crisis can be permanently resolved only by tackling the source of the crisis in the Middle East, and Europe should be the one to demonstrate unity, leadership, and capacity for decisive action,” Jeremić said. “If Europe, and Germany and France as its leaders, fail to undertake decisive steps towards launching a coordinated and inclusive international action—one that would include both the U.S. and Russia—no one else will do it instead. The crisis will thus continue to destroy the fabric of Europe, eventually resulting in unfathomable consequences for the very future of the EU.”

This year’s World Policy Conference gathered several hundred high-level participants, many of which included business leaders, influential public intellectuals, activists, and policymakers.
‎
Aside from the refugee crisis, other important topics raised during the conference included the future of the Middle East, the future of the global economy, and the increasingly turbulent political and economic outlook of East Asia