On November 12th, 2020, CIRSD President, Vuk Jeremic, participated at the “MEDays Talks” conference, organized by the prestigious Amadeus Institute. Given the health concerns caused by the Covid-19 pandemic, the conference, under the theme “In the wake of Covid-19: Responses, Recovery, and Disruption”, was organized in a video format. 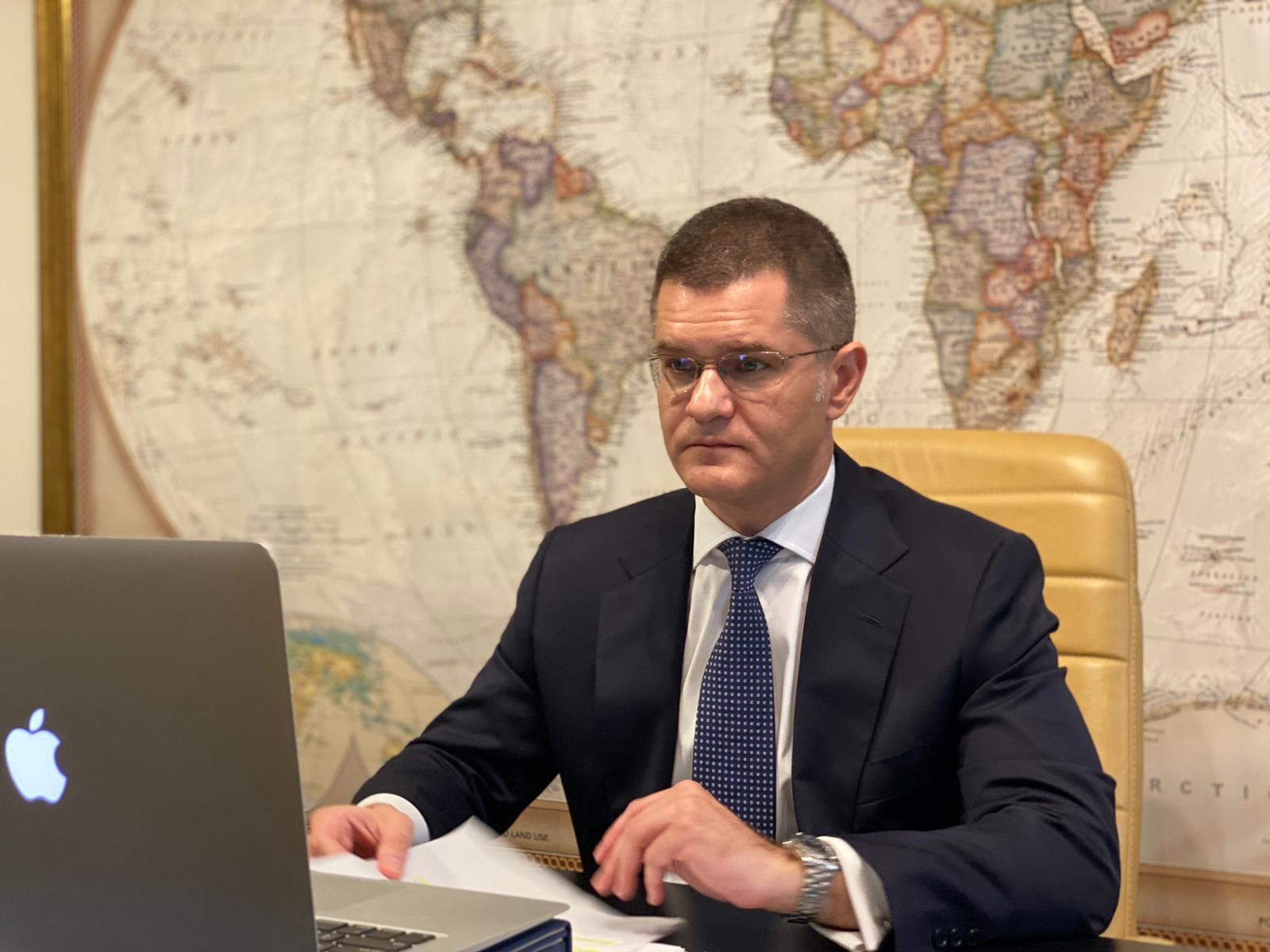 Created in 2008, the MEDays forum takes place every November, under the tutelage of H.M. the King Mohammed VI, and has gradually established itself as an event where globally recognized public figures take part in debates and discussions centered around current issues.
Alongside CIRSD President, the panel entitled “Multilateralism: W.H.O Care(s)?” featured  H.E. Mr. Balazs Peter, Former Minister of foreign affairs of Hungary; Mr. Troitskiy Mikhail, Dean of the School of Government and International Affairs at MGIMO University in Moscow; H.E. Mr. Yasar Yakis, Former Minister of foreign affairs of Turkey; and Prof. Ellenbogen Marc S., Foreign Policy Advisor to the Biden Presidential Campaign, Member of the National Advisory Board, US Democratic Party (2004-2010), and Former Foreign Policy Advisor to Gen. Wesley Clark.
During the panel, Jeremić stated that the UN needs a reform to prevent it from “falling into irrelevancy”.

“The United Nations is extremely important for Serbia because the UN Security Council will ultimately decide on the final status of Kosovo. The global organization, however, is currently in a bad shape. Other multilateral bodies, for example, the World Health Organisation that faced great challenges since the outbreak of the coronavirus, are also in need of reform,” Jeremic underlined.
Balazs and Yakis agreed that the UN system and its impact have changed significantly since October 2016, when Mr. Jeremić was a runner-up at the UN Secretary-General elections.

Asked which challenges he would prioritize if he were the UN Secretary General today, Jeremić stated that his priority would be revitalizing the fulfillment of Sustainable Development Goals 2030 Agenda. He also reminded the audience that at this moment not a single country in the world is on the way to fulfilling it by the 2030 deadline.
Jeremic expressed his belief that, if Biden becomes President, the U.S. will return to international organizations, like the WHO and UNESCO, and re-engage in international treaties, among others- the Paris Climate Change Agreement.
“Multilateral relations will never be the same as before 2016. The coronavirus caused a significant disturbance in this regard, and it will take years of benevolent and non-aggressive global leadership in order for things to return to the state they were in 5 years ago, which were also far from ideal,” said Jeremić.
He added that “huge shocks lead to huge changes”, and that the world has witnessed a couple of those in the last few years.
“In the following years, the global state of affairs will be dependent on U.S.-China relations. The divisions between these two powers can hardly be bridged, no matter who ends up in charge in Washington or Beijing,” Jeremić said.
He also stated that “the only hope of moving forward” is for the U.S. and China to decide to work together, despite their inevitable rivalry.
“If they don’t decide to save the idea of multilateralism in the 21st century by joining forces, then there won’t be one in our lifetime”, Jeremić concluded.