Abdullah Bishara is President of Kuwait’s Diplomatic Center for Strategic Studies, having previously served as the inaugural Secretary General of the Gulf Cooperation Council and Kuwaiti Permanent Representative to the United Nations 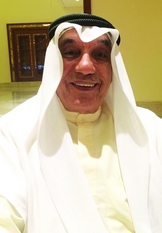 IN December 2011, the custodian of the two holy mosques, King Abdulla bin Abdul Aziz of Saudi Arabia, asked the other heads of states of what is formally known as the Cooperation Council for the Arab States of the Gulf—the Gulf Cooperation Council, (or GCC) for short—to move from cooperation towards a union of Arab Gulf states.

The Saudi king thought that the pace and achievements of the GCC were inadequate to grapple with present day problems. He referred to Article 4 of the GCC Charter, which defines coordination, interconnection and complementarity among Member States as a mechanism to reach the final phase of unity of the Gulf countries.

In his call for union, the king said that the last 20 years were characterized by a slow pace of progress, which is not in line with the nature of the present age:
Notwithstanding the fact that we succeeded in solving border differences, candor and objectivity demand from us to state that the unachieved is greater than the achieved and the gained. We have not established one army capable of deterring our foes, nor have we been able to form a diplomatic service; and all this is due to our excessive loyalty to our respective countries’ sovereignties; this is the main obstacle to the union