A New Era for Development - The 2030 agenda and Multilateral Cooperation 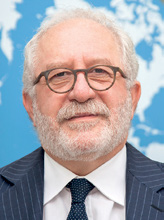 Mario Pezzini is Director of the OECD Development Centre and Special Advisor to the OECD Secretary-General on Development. The opinions expressed and arguments presented herein do not necessarily reflect the official views of the organization and its Member States. You may follow him on Twitter @mariopezzini.

Over the past few decades, we have been witnessing the proliferation of newly emerging countries and non-state actors seeking to buttress their respective roles in international relations. In the face of an increasingly multipolar world, it seems that we stand at the dawn of what many observers have rightly termed a new “tectonic shift.”

For instance, in his recent book The Post-American World (2011), noted American commentator Fareed Zakaria argued that the world has witnessed three strategic shifts in geopolitical power over the past five centuries. The first was the rise of the Western world in the fifteenth century, the second corresponded to the rise of the United States as the dominant global actor, and the third, now taking place, is “the rise of the rest.”

This may not yet be visible in the political and military sense, but it is already manifest in the fact that the world’s economic center of gravity has moved eastwards and southwards, away from advanced and towards emerging economies, in a phenomenon the OECD Development Centre identified back in 2010 as “shifting wealth.”

This structural transformation—which has so far been mainly economic—has affected the global landscape with the emergence of new economic game-changers like China, India, Brazil, and South Africa.

Moreover, nearly four centuries after the signing of the Treaty of Westphalia that established a model of international order created and represented by and for states, we should consider the growing role played by non-state actors. In this context, the institutional structures of multilateral organizations should adjust to reflect more, respond better, and adapt with the newly emerging global landscape. This changing architecture should also be reflected in the way we think about international cooperation for development, most notably in ensuring that we can achieve the United Nations 2030 Agenda for Sustainable Development.

What Does this Change Mean for Us?

The new global landscape brings new expectations. We see this from multiple angles, four of which will be explored below.

First, emerging countries expect to sit at the relevant tables with traditional ones. This is one of the reasons why the International Monetary Fund applied changes to its decision-making process with the ratification of the quota review (based on a weighted average of GDP, openness, economic variability, and international reserves) to more accurately reflect the growing global influence of emerging market economies. That is why some policymakers think that the G7, for example, looks ill-equipped for the challenges of the changing global economy. BRICS, the intergovernmental association of Brazil, Russia, India, China, and (since 2010) South Africa, today represents a significant weight in the global economy. BRICS accounts for 42 percent of the world’s population, 26 percent of land territory, and nearly 30 percent of global GDP. According to research co-published by the OECD, world trade expanded almost four-fold in the 1990–2008 period, whilst South-South trade multiplied more than ten times. The G20, thanks to its broader membership, brings together the world’s largest significant economies and is better equipped to discuss contemporary and future global issues. The G20 represents 85 percent of global economic output, two-thirds of the world’s population, and 75 percent of international trade. The G77 is the largest intergovernmental organization of developing nations in the United Nations, which provides a means for the countries of the South to promote and articulate their economic interests and enhance their joint negotiating capacity on major international economic issues within the United Nations system, and to promote, for instance, South-South cooperation for development.

Second, expectations are changing regarding the very concept of development. More than a billion people have been lifted out of extreme poverty since 1990. Still, more than 800 million people around the world continue to live in extreme poverty. At the same time, new pressing challenges are accumulating and fueling a vicious cycle that impedes development. We see this with climate change and environmental degradation, with increasing social inequalities often combined with political instability and uncertainty, and with many developing economies in Latin America, Asia, and Africa struggling to mobilize new sources of growth after reaching middle-income levels. 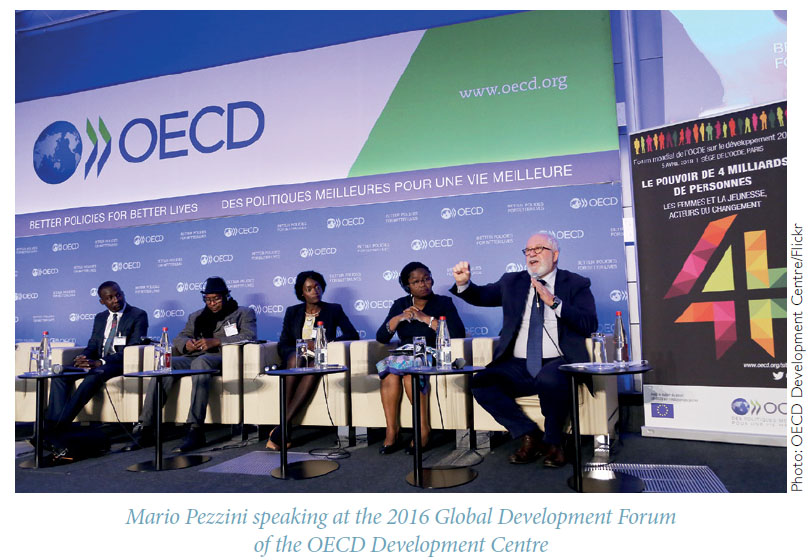 Moreover, the pervasiveness of the poverty trap is accompanied by the surge of new and more complex traps: the natural resource trap (often called the Dutch disease), the middle-income trap, the institutional trap, and the informality trap. These affect and simultaneously question what international cooperation for development is and what it should be.

Today, international cooperation for development goes beyond GDP and aid between developed and developing countries, and implies that each state implements the Sustainable Development Goals endorsed by the 193 member states of the United Nations on September 25th, 2015. The collective and multilateral scope and vision of Agenda 2030 is universal and does not divide the world in “graduation
categories” of less developed, developing, and developed countries. A differentiated approach to development cooperation according to level of growth and GDP is not enough. The multidimensional nature of development should be recognized.