Pioneering Development in Armenia - The Private Sector and Sustainable Development 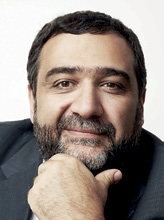 Ruben Vardanyan is an Armenian-Russian social entrepreneur, impact investor, and venture philanthropist. He is President of Vardanyan, Broitman and Partners, a private investment company. He is also a member of numerous boards, including those of the IFC (World Bank Group), the SKOLKOVO Business School (Russia), FDC Business School (Brazil), Ameriabank, and SOLLERS.

Over the last two centuries, the pace of progress has increased exponentially, resulting in numerous examples of positive evolution in our societies. Humankind started to dream about shared prosperity, security, longer life expectancy and healthcare, education and culture for all, technology at the service of human beings, and so on. While this has become quite true in some parts of the world, it is undeniable that the benefits of progress have largely been distributed unevenly.

During the last few decades, the gap between the most and least developed areas of the world has deepened, often resulting in social unrest and migration flows. If current trends are not reversed, world order is likely to be irrevocably destabilized, further increasing uncertainty and danger. Now is the time to act and promote real global advancement. We all have a duty to more wisely channel talent, technology, and wealth to make the world a better place in which to live.

The financial resources needed to achieve the UN 2030 Agenda for Sustainable Development, anchored with the Sustainable Development Goals (SDGs), by the 2030 deadline are tremendous. A United Nations report suggests that such an undertaking requires an investment of close to $4 trillion annually, while public and private funds currently amount to only $1.4 trillion annually. The breadth of the SDGs financing gap clearly sets the stakes. However, most governments, constrained by national agendas and electoral deadlines, cannot devote a much more significant part of their respective budgets to global development.

The only feasible solution to bridging the SDG financing gap is greater private sector contribution. Significant resources have already been invested in sustainable development projects, under the impulse of visionary investors animated by a purpose to “do good.” By so doing, the private sector also brings a complementary approach to the SDG process with an inclination for longer term perspectives, a view of development opportunities as “investible” projects, and a greater tolerance to risks and failure. The challenge is gigantic, but it is also inescapable—if we want to avoid the scenario of our world falling into chaos.

Amidst the global development agenda, there is a specific group of twenty-five countries that require immediate intervention from the private sector and that could best benefit from this fresh support. This group is composed of the lower-middle income countries with a population inferior to 10 million inhabitants. Although there is still space for improving the development approach of poorest regions, other lower-tier countries already benefit from a massive channeling of development assistance and continuous attention from international institutions.

Simply put, these 25 countries are stuck in the middle of the road of development because they are “too rich to be poor, but too poor to be rich.” This situation is reinforced by a lack of major projects matching the criteria of international institutions and by the limited size of the domestic markets that does not naturally attract investors. Additionally, these vulnerable countries are often led by governments that are unequipped in terms of financial resources or capacities to deal with development opportunities. 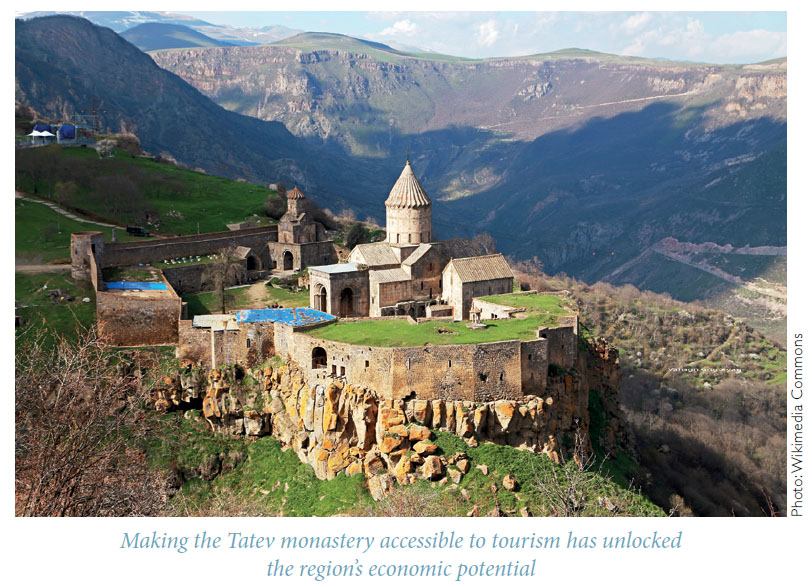 This is why, together with my wife Veronika Zonabend, we made a commitment to mobilize all of our time, wealth, and resources to contribute to the development of emerging-market countries. With our family roots in the Caucasus, we decided to start this journey in Armenia—a lower-middle income country with a population of less than three million and annual GDP per capita of a mere $3,800.

Today Armenia is still suffering from the consequences of the collapse of the Soviet Union. Since regaining its independence in 1991, Armenia has gone through decades of economic struggle and social unrest, enhanced by a tense geopolitical situation caused by the Nagorno-Karabakh conflict. For most people living in the country, the everyday situation is very challenging from an economic, social, and environmental perspective.