The Future of Russian-American Relations

Joseph S. Nye, Jr. is University Distinguished Service Professor at Harvard University and the author of the forthcoming book Is the American Century Over?, from which this article is partly drawn. 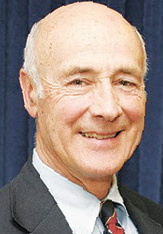 IN the 1950s, many Americans feared that the Soviet Union would surpass the United States as the world’s leading power. The USSR had the world’s largest territory, third-largest population, second-largest economy, and produced more oil and gas than Saudi Arabia. It possessed nearly half the world’s nuclear weapons, had more men under arms than the United States, and employed the highest number of people in research and development. Soviet propaganda actively fostered a myth of the inevitability of the triumph of communism, and Nikita Khrushchev famously boasted in 1959 that the Soviet Union would overtake the United States by 1970 or 1980. Instead, by 1986 Mikhail Gorbachev described the Soviet economy as “very disordered. We lag in all indices.” And in 1991, the USSR collapsed. It took more than four decades to unfold, but George Kennan’s 1946 strategy of containment proved to be correct.

The collapse of the Soviet Union in 1991 left Russia with half the population and economy of the USSR. Russia retained a vast nuclear arsenal—even larger than that of the United States—but its global power projection capabilities were greatly diminished. It was no longer a superpower capable of balancing the United States in a bipolar world, as was the case in the Cold War era. Regionally, on the other hand, it was able to use force effectively against weak neighboring states, such as in Georgia in 2008 and Ukraine in 2014. It is, however, important not to mistake global and regional military dominance. On its borders, and with regard to states that do not benefit from the Article 5 security guarantee that comes with membership in NATO, Russia still has military dominance.

In economic resources, Russia’s $2.5 trillion gross domestic product is one seventh that of the United States, and its per capita income (in purchasing power parity) of $18,000 is roughly a third that of the United States. Moreover, its economy is heavily dependent on energy: oil and gas account for two-thirds of Russian exports, half of state revenues, and 20 percent of GDP. With the American shale revolution leading to declining energy prices, Russia will be hard-pressed to meet its budget targets. Moreover, high-tech exports represent only seven percent of its manufactured exports (compared to 28 percent for the United States). While Russia can produce and export sophisticated arms and nuclear reactors, it inefficiently allocates resources across its economy, and private investment is not sustained, because of a corrupt institutional and legal structure. This situation is further exacerbated by Western sanctions imposed after the Russian military intervention in Ukraine.