The Ukraine Crisis and European Security

Wolfgang Ischinger is Chairman of the Munich Security Conference. He was State Secretary of the German Federal Foreign Office and German Ambassador in Washington and London. This essay is based in part on a paper prepared for the Aspen Strategy Group and an op-ed published in the Indian Mail Today. 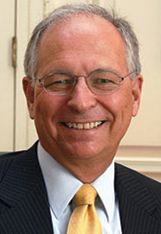 What started as a domestic political crisis in Ukraine has escalated into a major crisis of European, and indeed global security. In fact, the almost unthinkable has happened: a war in Europe. The risks of further escalation and miscalculation represent the gravest danger to European security in more than two decades.

In late May 2014, I asked Ukrainian Prime Minister Arseniy Yatsenyuk what was the most important thing the West could do to help Ukraine. Without hesitation, he replied: “Just stay united; that’s my only request.” Indeed, only by showing a united front will Americans and Europeans be able to deal successfully with this crisis. While the European Union lacks the military and political strength to face Russia alone, the United States’ influence can be enhanced significantly by the economic leverage of the EU.

This crisis is not ‘just’ about Ukraine—as cruel as it has been for the many victims and refugees in Ukraine itself and for the nearly 300 innocent civilians on flight MH17. Rather, the West is now facing a Russia no longer bound, apparently, by the consensus on European security established by the 1975 Helsinki Final Act, the 1990 Charter of Paris, and subsequent agreements. That’s why the best label for Russia’s new foreign policy is “revisionist.”

The crisis is also not ‘just’ about Europe. It has enormous global implications, some of which have been underestimated outside of Europe. First, if such a breakdown of order is possible in Europe, which has the highest density of multilateral agreements and institutions, other regions are not likely to be more immune to serious and deadly conflict. We believed that the combination of institutions—such as the European Union, NATO, the OSCE, and numerous partnership agreements with Russia—would ensure peace and stability, after centuries of war and conflict in Europe. But they did not. That should make us think twice about the quality of governance, stability, and security structures in other parts of the world.