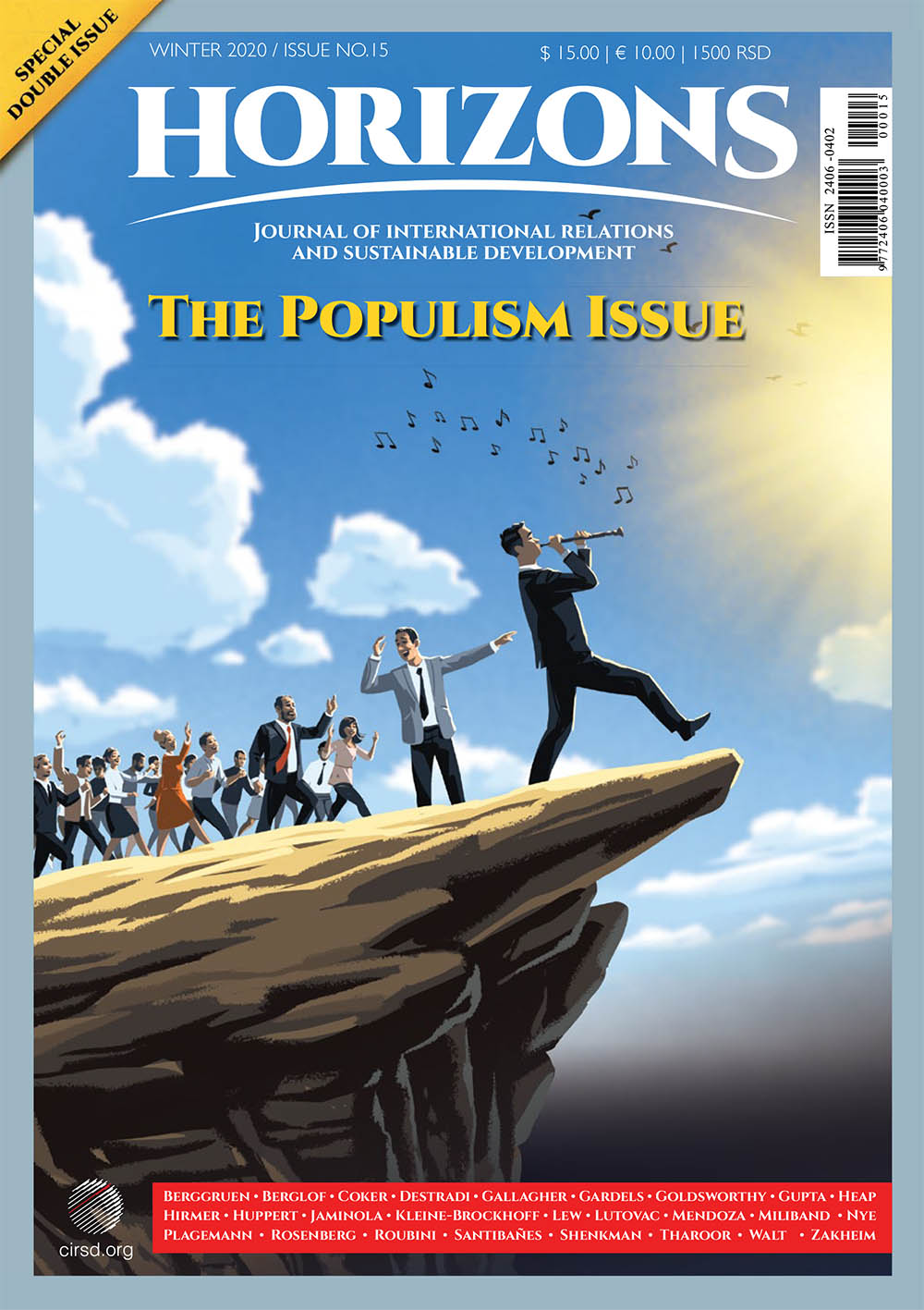 THE topic of this special fifth anniversary edition of Horizons is populism—as much a “toxic brew as […] an intoxicating one,” as historian Niall Ferguson wrote in our pages a few years ago. These days, it is a potion with growing appeal across the world. A credible assertion can be made that a plurality, if not a majority, of G20 or OECD countries have succumbed to it, together with a number of others; they are now held hostage to the political instincts of leaders willing to channel people’s fears, vices, and hostilities for the sake of entrenchment and perpetuation of their supremacy .

POPULIST leaders rarely exercise power with restraint, a trait that does not cease at border’s edge: just as they rule domestically by fomenting cleavage, so they tend to engender confrontation internationally—backing down only when the continuation of brinksmanship starts posing a threat to their rule at home. Typically regarded as disrupters, populists rarely, if ever, are able to rise to the level of statesmen on the global stage. Although populism may not be a primary cause of the recent proliferation of rifts in international politics, it has been undoubtedly its major accelerator.

VIRTUALLY all the authors in this edition of Horizons examine one or more aspects of populism—some assess its diplomatic, security, or economic implications; others present particular case studies; still others perform a deep dive into the nature of the phenomenon itself. This issue concludes with two essays related to sustainable development: the first describes how one of the world’s leading civil society organizations is helping design and implement innovative policies to address the effects of migration; the second explains how the concept of smart villages throughout the developing world can bring us closer to achieving Sustainable Development Goals (SDGs) like ending poverty and providing affordable and clean energy to all. So far, populist leaders have not provided sound policy prescriptions to attain these or any of the other SDGs. Which begs the question: is populism sustainable?