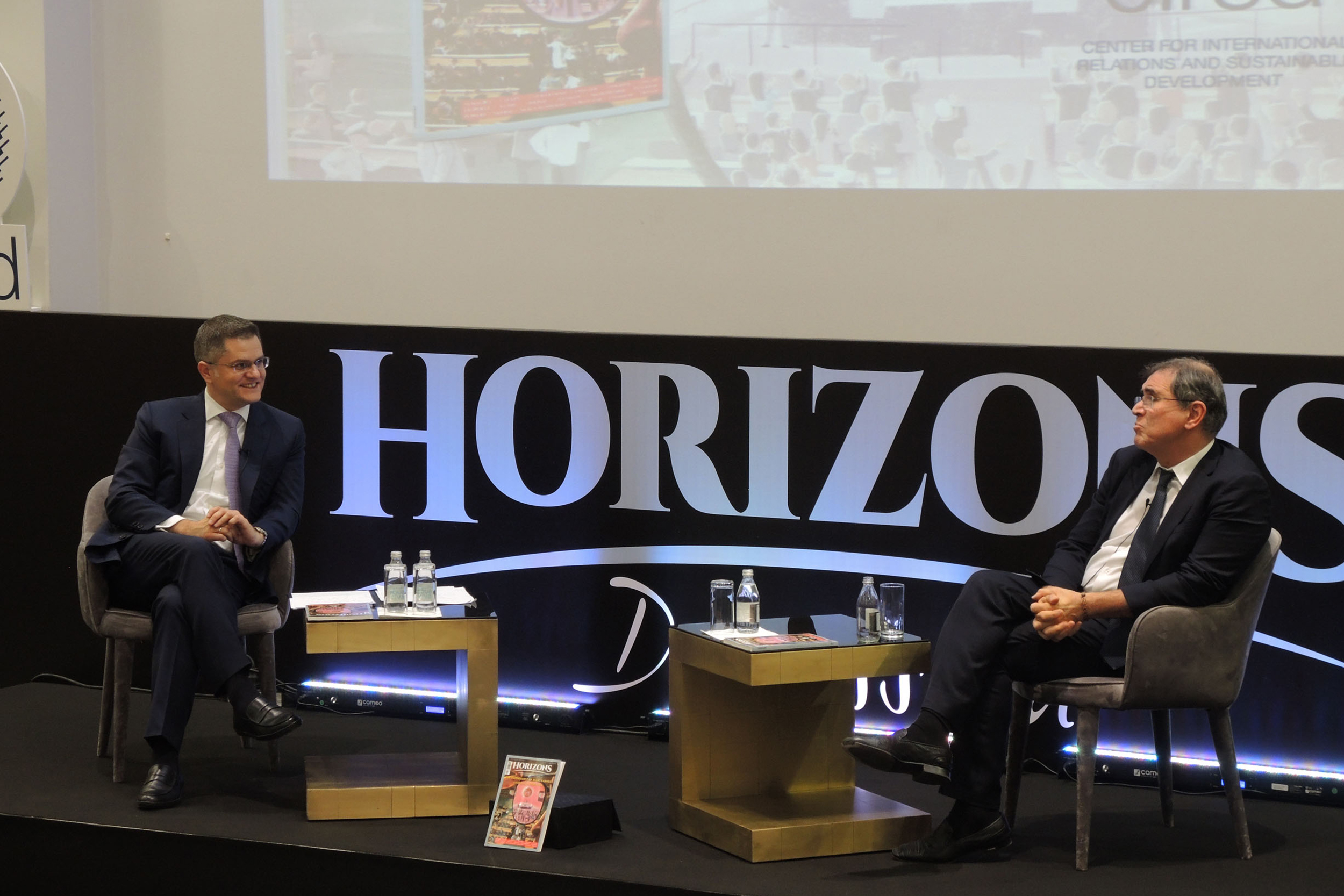 The Center for International Relations and Sustainable Development (CIRSD) organized a panel entitled "Geopolitical Risks: Heading to Global Recession in 2020", on November 8th, 2019 in Belgrade. The discussion featured CIRSD President Vuk Jeremic and one of the world's most prominent economists, Nouriel Roubini.
Introducing Roubini, Jeremic said that aside from being a professor at New York University, he is an author of numerous books, and holds a PhD from Harvard. Being one of the first to anticipate the global crisis in 2008 earned him the nickname "Dr. Doom”.
During the discussion, Roubini said that global crises are not easy to predict, but there are three main risks that might lead to a new recession.
“The first one is a sort of a Cold War between the United States and China that affects world trade. The second is strained US-Iran relations on the brink of war, and finally, the third is Brexit consequences, which have already had a great impact on both Europe and the world. However, so far, all three risks are under control”, Roubini said.
Jeremic asked about the impact of the U.S. election in 2020 on the world economy, given that the Democratic candidate is still unknown, to which Roubini replied:
"We don't know if Joe Biden, Elizabeth Warren, or Bernie Sanders will be elected. Throughout history, the economy has always been stronger under the Democrats than under the Republicans. Warren advocates progressive politics more than Obama did." He recalled that at the time of Obama's rise to power, the unemployment rate was 10 percent, and by the time his second term came to an end, that percentage dropped to four percent.
Regarding the US-China relationship, Roubini noted that Washington sees the Asian country as a threat to its national security.
"I do not believe that the technological war between the two countries will end soon. There will be deglobalization and I am afraid we will have to choose between two sides: American or Chinese 5G network, American or Chinese artificial intelligence”, the economist explained.
He added that if the EU integrates further and pursues a firm economic policy, it will be able to remain neutral and independent.
Asked about how Brexit will unfold, Roubini replied that he believes the UK will not back away from withdrawing from the EU, and that we should expect a “soft Brexit”, as advocated by Prime Minister Boris Johnson. Speaking about crypto currencies, which in his opinion are not currencies at all, Roubini pointed out that they do not pose a threat to global financial stability.
"They are not important because they are neither stable nor a scalable means of payment. They are very risky. Even the best one, Bitcoin, has lost 60 percent of its maximum value”, Roubini said.
He stated that countries like India, Brazil, and Israel are the ones with bright economic futures. On the other hand, Roubini expressed his concerns about economic developments in Russia, Argentina, and Italy. 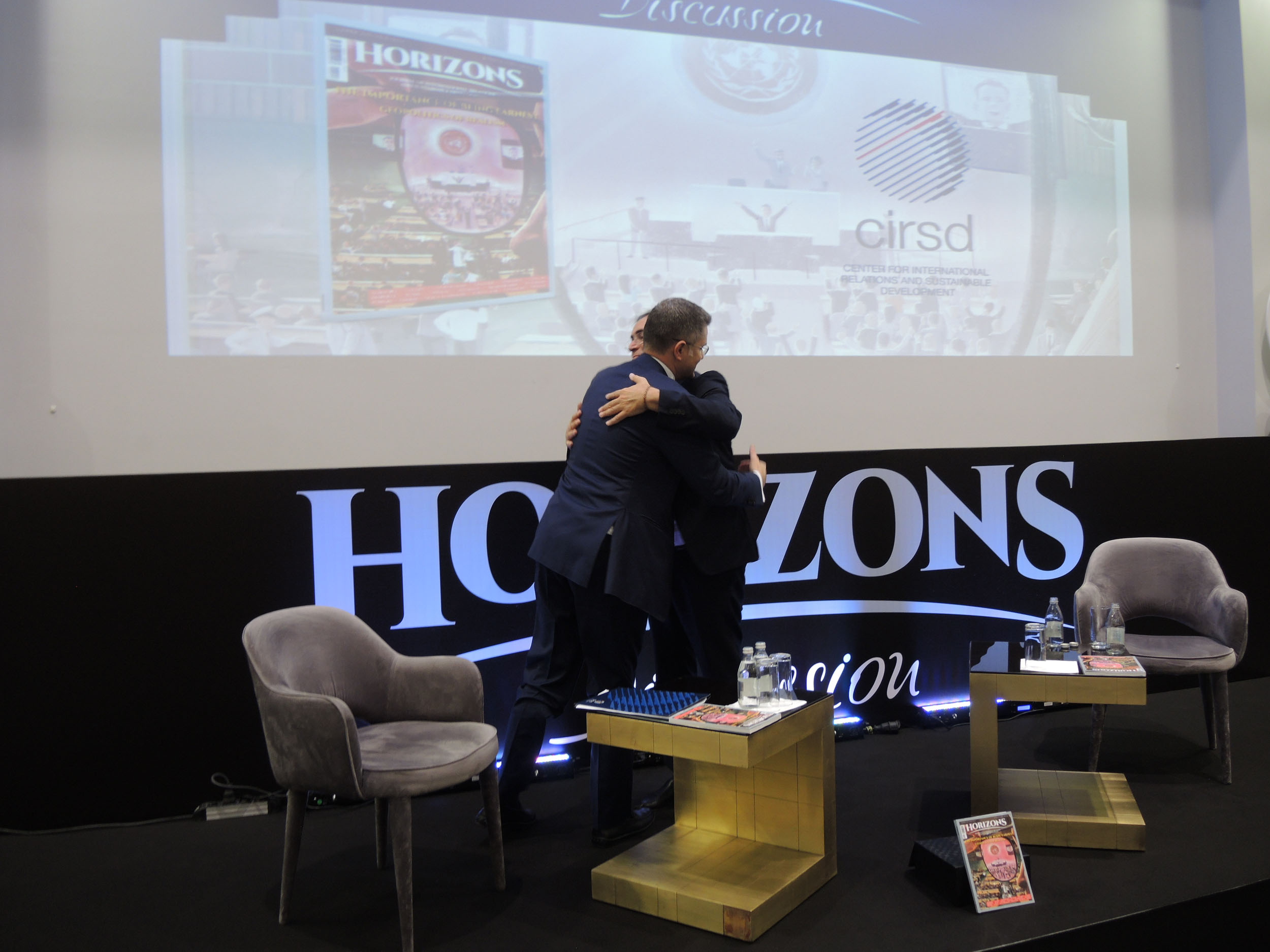 When asked who is currently the world’s strongest leader, Roubini replied that leaders must sacrifice themselves and act not only in the national but global interest too. "Trump is very powerful, but his policy is focused strictly on America and nothing else", Roubini concluded.
The event was attended by numerous ambassadors, diplomats, professors, journalists, politicians, and other public figures. During the discussion, the latest issue of Horizons, CIRSD’s flagship publication, was also promoted and distributed.