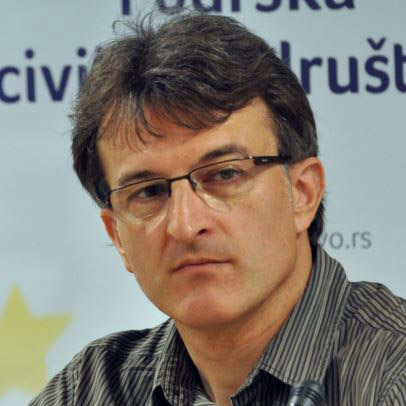 Concerning relation between culture and society, culture is a critical means to determine how values, behaviors, and assumptions influence the inclusiveness, openness and cohesion of societies, as well as the improvement of people’s rights, health, and quality of life. Culture creates the thread that keeps society together and gives people the tools to find their way into that society. Culture is important as a field of creation and for the maintenance of values of mutual trust, solidarity, respect of law, and democracy. These sets of values provide motivation for people to work, communicate, create, and respect others. This is the foundation for the development of society and individuals.

Besides different non-monetarized benefits, there is also strong connection between culture and economy as the pillars of sustainable development. As stated in above mentioned UNESCOs thematic paper, ‘…of particular relevance is the cultural sector’s contribution to the economy and poverty alleviation. Cultural heritage, cultural and creative industries, sustainable cultural tourism, and cultural infrastructure can serve as strategic tools for revenue generation, particularly in developing countries given their often-rich cultural heritage and substantial labour force.’ 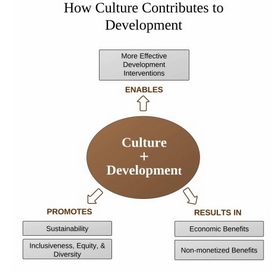 At a time when the international community is discussing future sustainable development goals (SDGs) beyond 2015, all efforts are focused on putting culture at the heart of the global development agenda. The elaboration of the Post-2015 Development Agenda has been a unique intergovernmental policy process informed by a comprehensive global consultation, reaching large numbers of individuals as well as policymakers, academics, experts, the private sector and interested citizens. Following a first phase of consultations, and upon the request of Member States at the 68th session of the General Assembly, the Secretary-General has requested the UN System to continue with a second phase of consultations with the view to inform Member States with pragmatic proposals about how to make the Agenda work and how to ensure its sustainability. The UN Development Group (UNDG) has thus launched the second phase of national consultations on six themes, among which “Culture and Development”, which were held throughout 2014.

UNESCO, UNFPA and UNDP have been designated as the co-lead UN agencies for “Culture and Development” at both global and country levels and the following countries led the national consultations: Bosnia and Herzegovina, Ecuador, Mali, Morocco and Serbia. The Post-2015 Dialogues on Culture and Development have focused on the relation between culture and six thematic areas: poverty reduction; quality education; gender equality; sustainable cities and urbanization; environment and climate change; and inclusion and reconciliation.

As the result of consultation process, the Synthesis Report of the UN Secretary-General on the Post-2015 Agenda fully recognizes that ‘… Culture, in different aspects, will thus be an important force in supporting the new agenda’. In this way culture has been introduced as a strong foundation for sustainable development and as an unavoidable component of global and local developmental policy.