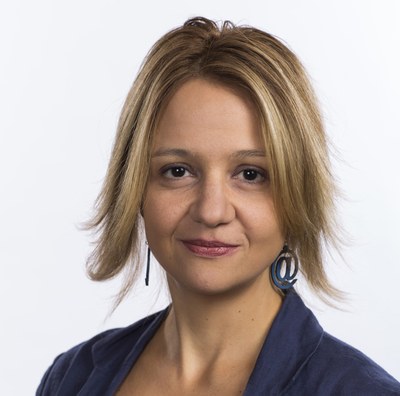 Author:
Ivana Gađanski
Assistant Professor and Researcher at the Center for Bioengineering-BioIRC and Belgrade Metropolitan University. She is the founder of the Fab Initiative NGO, a TED Fellow, a Young Scientist at World Economic Forum, and a Member of Global Young Academy.

Fablabs are open high-tech workshops where individuals have the opportunity to develop and produce custom-made things, not accessible by conventional industrial scale technologies. Fablabs offer the possibility of digital fabrication and rapid prototyping (especially additive manufacturing) for projects in the fields of science, education, and sustainable development. Each fablab possesses an evolving inventory of core capabilities (3D printers, computer-numerically controlled (CNC) milling machines, laser cutters, programming tools for low-cost high-speed embedded processors) to produce (almost) anything, allowing people and projects to be shared.

Fablabs started as the educational outreach component of MIT’s Center for Bits and Atoms (CBA) and continued to develop as prototyping platforms for local entrepreneurship. Fablabs are increasingly being adopted by schools as platforms for project-based, hands-on STEM (science, technology, engineering, math) education. There are currently more than 500 fab labs in over 40 countries, organized in a global network of local labs called the Fab Foundation. In Serbia, three fablabs are in the process of forming: Fab lab Belgrade and Polyhedra fab lab in Belgrade, and an educational Fab lab Petnica, which is founded as part of the joint project of the NGO Fab Initiative, Science Center Petnica, and Belgrade Metropolitan University, with the support of the Royal Norwegian Embassy in Serbia.

The technological evolution of “desktop manufacturing” tools such as 3D printers, laser cutters, 3D scanners, and CAD (computer aided design) software etc., have made all formerly expensive and complex industrial tools available in personal size, and at affordable prices. Barriers to access are decreasing exponentially; 3D printers, for example, will cost less than a personal computer by 2016. The tools of creation became digital, with designs immediately following the trend and becoming available for sharing online. Makers—that is to say, fablab users—can tap into open source practices and other social forces (such as the Kickstarter and Indiegogo crowdfunding platforms) that have emerged over the past two decades.

In addition, widespread internet access and inexpensive computing has made new means of open design capable of accelerating self-directed sustainable development. Open source 3D printers, such as the RepRap and [email protected], enable the use of designs in the public domain to fabricate open source appropriate technology. These are easily and economically made from readily available resources in order to meet the needs of local communities.

Fablabs are not only emerging across the developed world, but also in Africa, South America, and Asia. Additive manufacturing (3D printing), made accessible via fablabs, holds a high potential to overcome the poor availability of spare parts, high-tech and customised objects in developing countries. The fablab movement thus affects one of the main ideas of sustainable development: balancing human welfare, fairness, and participation on a global scale.

In fact, a new concept started emerging: the conversion of fablabs and makerspaces into experimental spaces for the pursuit of sustainable development. Many of the Sustainable Development Goals as defined by the UN 2030 Sustainable Development Agenda can be tackled directly or indirectly through the use of digital fabrication and harnessing the strong global network of the Fab Foundation’s fablabs.

For example, major advancements towards achieving the goal of “good health and well-being” can be made with 3D printed prosthetics produced in local fab labs.

Fab labs in general can significantly help in achieving both the “quality education” and “gender equality” goals by serving as the education hubs where both children and teachers/educators could gain access to digital fabrication tools and receive training.

Many studies have shown that girls are more likely to learn more about computers and machines in general when involved in a stimulating, non-competitive fab lab environment. The girls that took part in the fab lab activities were excited because of the ability to design products from scratch and produce high-quality prototypes in such a short period of time.

There are also mobile fab labs that could be used in remote and rural areas to enable local closed communities to gain access to new methodologies, and use them for education and solving local problems.

The World Bank has also recently recognized the potential of fab labs and makerspaces in solving local community problems in a sustainable way, which has led to a number of partnerships preferentially in the developing countries, such as Kenya, Ghana, South Africa, and Mongolia.

Such models of twinning of organizations from the developed world and DIY- community-based workshops in developing world provide hope for achieving some of the sustainable development goals in a faster and more realistic manner.

This article is adapted from the brief for UN Global Sustainable Development Report 2015.

Dr. Ivana Gadjanski is an Assistant Professor and Researcher at the Center for Bioengineering-BioIRC and Belgrade Metropolitan University. She is the founder of the Fab Initiative NGO, a TED Fellow, a Young Scientist at World Economic Forum, and a Member of Global Young Academy.