Our Post-Carbon Future | Renewables Versus Nuclear Power: The Battle is Real 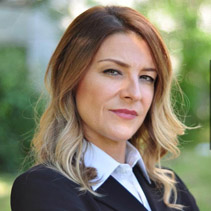 Today’s energy sources cannot keep up with the future we want to live in. The easiest and cheapest way to satisfy the growing demand is to burn more fossil fuels. However, the fundamental shift in the geopolitics of climate change has transformed the perception of global warming, which is predicted to be much worse than mere pollution. At the same time, technological improvements made alternative energy available and affordable at a larger scale. As a result, we are entering a post-carbon era – whether we want it or not. The world is moving away from coal and oil, with both technologies continuing to decommission more than they install every year. Germany is shutting down the remaining eight coalmines by 2018 and completely replacing nuclear power plants with renewable energy by 2022. UK will close all coal-fired power plants by 2023 and switch to gas and nuclear energy by 2025. One of Britain’s last underground coal mines – the last of the dinosaurs - is now shutting down its remaining operation, marking the end of a 300-year industry that once employed over a million workers. So which alternatives do we have on the plate? Renewables and nuclear power.

From the moment when the first investments in clean technologies started in early 2000s, discussions about alternative energy have been focused on their cost assessment versus those of traditional fossil fuels, often in comparison to their carbon footprints. The main issue with alternative energy today is its ability to be scaled up fast enough, not the cost. Wind and solar are already price competitive with grid electricity in some countries (Germany, UK); particularly solar photovoltaic with prices dropping by 95% since 2008. Battery prices for large-scale electricity storage continue to fall enabling further integration of intermittent energy sources that required a back up by a reliable generation (e.g. natural gas).

The highest growth since 2000 has been enjoyed by wind power, gas and solar PV - which came at the expense of fuel oil, coal and nuclear power. While it was expected that renewables would have a bad year, with cheap oil and gas that typically drive down incentives in finding alternatives (to these fuels), 2015 was a record year with $329 billion invested in renewables (121 GW). For the first time, almost 40% of the world’s annual investment ($125 billion) in renewables in 2015 came from emerging markets (OECD countries). Furthermore, a turning point for energy investment has been reached: more capacity is being added each year from renewables than from coal, gas and oil combined.

Still, there is a concern that in some markets, due to the local character of renewables and/or major delays in implementing renewable energy policies and regulation, they cannot grow fast enough to replace fossil fuels in timely manner.

This leads us to nuclear energy – the alternative viable option that doesn’t cause global warming and provides electricity at the lowest cost. Today nuclear energy provides over 53% of the EU’s carbon-free electricity, and 27% of the total electricity supply in the EU, led by France and UK.

However, for many people the future of nuclear energy has not yet overcome its terrifying past. The issues of nuclear waste management and safety, as well as the vulnerability of nuclear plants to sabotage and terrorism, remain of major concern. Only recently has climate anxiety, together with improvements in technological design of nuclear reactors, challenged nuclear fear. Some leading environmentalists, as well as the International Energy Agency, have endorsed nuclear energy as an essential part of the effort to stabilize global carbon dioxide levels.

And yet, the countries in the South East Europe are reluctant to consider the (common) nuclear future, even though they have in vicinity nuclear power plants in the neighboring countries (Romania, Bulgaria, Hungary and Slovenia). Most countries in the region are dominantly dependent on coal (except Albania) and net importers of electricity and will face shortages in power supply in the forthcoming future. The aggregate thermal capacity of 26 GW in the region falls under the EU Large Combustion Plants Directive and thus will be subject to further modernization or replacement. Only Serbia will have to reconstruct or completely replace about 4,000 MW of currently installed capacities in thermal power plants.

The region needs an integrated policy framework for the period up to 2030 and beyond, which would ensure regulatory certainty for investors and a coordinated regional approach. Current national strategies forecast future energy supply that merely extrapolate consumption trends from the past – with the assumption that new supplies will somehow miraculously be available.

Serbian Parliament enacted the “new” Energy strategy in December 2015, envisaging further development of the energy sector dominantly based on lignite, including new exploration works, new open pit coalmines and new thermal power plants – which is, according to the strategy, the main national interest. The strategy does support renewable energy; however it is noticeable that this support is purely declarative, most likely in order to formally meet the requirements of the international community. Misleading energy policies, often complicated by political biases and ignorance of science, leave us in belief that everything is well since we have abundant sources of lignite to secure our energy independence. Ironically, they may be wrong, but at least they are consistently wrong, throughout all recent versions of energy strategy and policy documents.

So, why is the alternative energy important for a global transition away from fossil fuels, despite all the challenges of its development, scaling and integration? Because of the fact that future energy systems will be nothing like the system we have today – the system based on uninterrupted supply, secured to meet the growing demand. In the post-carbon future, as we become more energy efficient and increasingly reliant on tapping the energy from wind and sun, we will have to control energy demand to accommodate the limitations of our future energy supply.

Thus, the battle is real. We need either to commit to development of the most promising renewable energy technologies that can be scaled up to replace fossil fuels – that would come at extra cost – or start thinking about the cheapest non-polluting energy: nuclear energy.