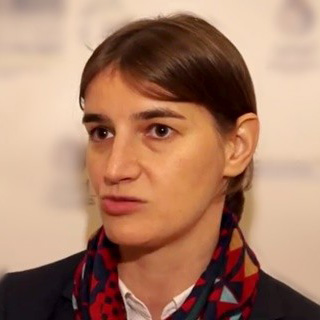 I have no knowledge of how to run a country. In all honesty, I’d assume that it is pretty much like running a large project – you know where you’re heading, you develop your “strategic pathway” with clear objectives, goals and activities, and you insert all of that into MS Project or a similar project management tool with defined dates and “predecessor” and “successor” activities. And then you make it happen, providing that you have a strong team.

Although admittedly this reasoning must be somewhat naïve, I still cannot figure out how here in Serbia we still manage to miss so many opportunities.

The “green economy” is a fairly new concept in Serbia and in that respect the country lags behind the region. Nevertheless, a number of companies carrying the “green economy” banner have been working in the country for over a decade now. Their corporate values are deeply committed to social fairness, environmental preservation and sustainable development. Unfortunately, we fail to take notice of how Serbian society and the country’s economy are benefiting from their presence and business operations.

The time has come to start paying attention.

Since 2008, investors in wind farms have invested over €30 million developing their projects in Serbia. Once the legal framework needed for financing large renewable energy projects is in place and construction actually starts, Serbia stands to benefit anywhere between €700 million and €1 billion from these projects. A big chunk of this will be spent on local construction companies doing the work. Take as an example a 150 MW wind farm: such a project would create cash inflows for Serbia of about €260 million over the 25 year life of project, while the cost to the consumer (the difference between the feed-in tariff and the market price of electricity) would be only €165 million. Of the €260 million inflow, about €130 million would go directly to the Republic of Serbia budget through taxes.

Let’s discuss opportunities from an energy security and environmental perspective. Even before our energy sector got devastated by the May 2014 floods, Serbia was a net importer of electricity. In addition, we import nearly 100% of our gas, and close to 90% of district heating is gas fueled. Because of the floods, we also had to start importing coal for our thermal power plants. The fact is that Serbia’s energy sector is very dependent on imports, is unsustainable and is vulnerable to emergency situations. On the other hand, the wind profile in Serbia is such that 70% of wind farm production is during winter precisely when energy use is at peach (because of heating). Wind farms can substitute electricity imports, making our energy sector more independent and secure.

Serbian thermal power plants are amongst the primary sources of pollution and the single largest source of CO2 in Europe. This causes serious negative effects for our agriculture, health system, and economy. With respect to carbon, 1,000 MW of wind farms could reduce CO2 emissions by 2.75 million tons each year.

Finally, the land where turbines are placed would continue to be farmed and the wind farm investors would build new roads in these areas and maintain all roads. Bearing in mind that one of the top priorities of the “green economy” is relationship with local communities, special attention is always placed on support to local initiatives and the quality of life in these communities.

So there you have it. One Government after has looked for ways to activate the construction sector, increase budgetary revenues and revive local communities, whilst failing to turn to the solutions proscribed by the green economy. Most other countries in the region have adapted more rapidly than Serbia, and have started utilizing their potentials. Romania has 2.8 GW of wind farms installed and has “qualified” for green energy exports because it is above its EU target. Croatia has some 450 MW of wind and continues to focus on solar. Macedonia just connected its first 40 MW wind farm and is committed to opening the market further. After years of negotiations with the EBRD, the Montenegrin Government has adopted bankable a Power Purchasing Agreement and is starting construction of its first wind farm.

I have no knowledge of how to run a country, but wouldn’t it be great to be the Minister of Mining and Energy in Serbia today? To be the one who could revolutionize the sector and make it more robust, sustainable and independent; to be the one to open construction sites worth €700 million, stop electricity imports and make the country a net exporter of power; and to be the one who would then turn to the next item in his MS Project chart -- sustainable mining -- and say “we have an additional €3.5 billion of direct investments right here, just waiting to be extracted from the ground?”

But, that’s another story altogether.