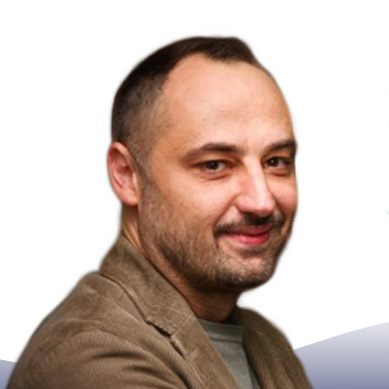 The Paris Agreement adopted on December 12th, 2015, has secured its place in all future negotiations on climate change. Soon after the adoption of the agreement, it became clear that the document marked a turning point in the decades-long effort to avoid immense consequences of climate change caused by the burning of fossil fuels.

The key element of the agreement is the requirement to hold the rise of global mean temperature well below 2 °C above pre-industrial levels. By fulfilling this requirement, humanity would have an opportunity to keep the consequences of climate change within the limits of what it is deemed controllable. What can also be considered as progress in the negotiations was the opening of the possibility to set the limit of temperature growth even lower. The agreement thus provides hope for a continuation of efforts to limit the rise to 1.5 °C. Furthermore, the 1.5 °C limit is more widely accepted among scientists as a safe zone. During the negotiation of the deal, this was particularly insisted upon by small island states because rising sea levels may leave them underwater, in case that the limit is set at 2 °C. The final document, therefore, calls upon the Intergovernmental Panel on Climate Change to soon prepare a special report focusing on the consequences of global temperature rise by 1.5 °C. The report should also feature methods to achieve this ambitious goal in the context of reducing greenhouse gases, which could serve as an important base for marshaling support for further serious consideration of the report in future negotiations.

Before the commencement of the two-week negotiations in Paris, we have seen intensive communication unfold between parties of the Convention, finally resulting in the submission of the 186 Intended Nationally Determined Contributions (INDCs), which represent respective national plans to reduce greenhouse gas emission. Some preliminary estimates of the cumulative contribution of all parties that have submitted their plans—who altogether make for 95 percent of total global emission—indicates that such contribution remains insufficient to reach the 2 °C goal, and will instead lead to nearly 3 °C rise. This fact was clearly stated in the agreement, and is precisely why many are expecting more ambitious planning in the future to achieve the set goals. According to the agreement, the process of producing the INDCs will be iterative, while at the same time members have committed to submit new updated plans every five years, thus making the set goals more realistic. By clearly stating the fact that the existing plans will not lead to definitive solutions, it becomes clear that one agreement cannot solve everything—certainly not when facing such a complex problem.

Irrespective of which of the goals will be adopted in the end during future negotiations, what is necessary for them to succeed is for global net emissions of greenhouse gases to level at zero in the second half of the 21st century. In practice, this means completely abandoning fossil fuels as a primary source of energy, and a rapid transition to renewable energy sources. The difference between the 2 °C and 1.5 °C goal is in the speed of this transition. The only chance for small gas emission from fossil fuels to remain present in the future lies with the existence of negative emissions, whether as part of the natural process or in technological solutions. At this moment though, the capacities of existing technological solutions indicate minimal chances for the implementation of such options. The great expectations for a decisive shift in energy production methodology were the reason for why some stated that the meeting in Paris should mark the end of the era of fossil fuels.

Another very important element of this agreement is the creation of a fund that will help developing countries, the transformation of their energy systems, and their effective adaption to changing climatic conditions, enabling them to reduce negative effects of climate change to as little as possible. The financing for this fund should be provided by governments of developed countries starting in 2020, with minimum annual contributions amounting to $100 billion.

It is important that the year this agreement is adopted coincides with the fact that this year is also the warmest on record. The global mean temperature anomaly in 2015 will have such an effect on global climate that the total temperature rise of 0.85 °C that has occurred since the pre-industrial period will next year come close to 1 ° C. During this year, the concentration of carbon dioxide in the atmosphere exceeded 400ppm. The concentration of carbon dioxide for the last eight hundred thousand years has been in the range of 170 to 300 ppm, and it is estimated that the world will require hundreds, if not thousands of years, to return to the likes of the pre-industrial period.

Why, then, should one be optimistic? Although the amount of the total annual electricity generated by solar and wind sources still accounts for only a small percentage of total production, estimates for its increase by the International Energy Agency in the mid-1990s were almost 10 times less than current figures. In 2014, the trend of increase in global emissions was close to zero, while estimates for 2015 indicate that we can expect a further drop. Should the Paris Summit be understood as the event that sent a strong signal of support to such modest but significant trends, then its role could be more important than the adoption of the agreement itself.

Vladimir Djurdjevic is professor at the Institute for Meteorology at Belgrade University's Faculty of Physics.