Spencer Abraham is Chairman and CEO of the Abraham Group, and a former U.S. Secretary of Energy and U.S. Senator from Michigan. Branko Terzić is Managing Director of Berkeley Research Group LLC and a former Commissioner on the U.S. Federal Energy Regulatory Commission and the Wisconsin Public Service Commission.

THE United States is now on the brink of reconfiguring its role in global energy markets from that of being a major energy consumer to becoming a major energy exporter. As a result, America has developed a diverse energy supply portfolio enabling it to weather both market interruptions and geopolitical crises. The source of this resilience can be found in reviewing the U.S. energy balance as reported annually by the Energy Information Administration (EIA) in its chart of Primary Energy Consumption by Source and Sector for 2014 (see Figure 1).

A look back over charts of previous years will show that changes in the U.S. energy picture since the middle of the twentieth century have hinged on five major factors: the growth of total energy demand; the dominance of petroleum as the fuel for transportation; the availability of low-cost coal supply; the increase of natural gas for electricity production; and an increase in electricity use itself in the American economy. 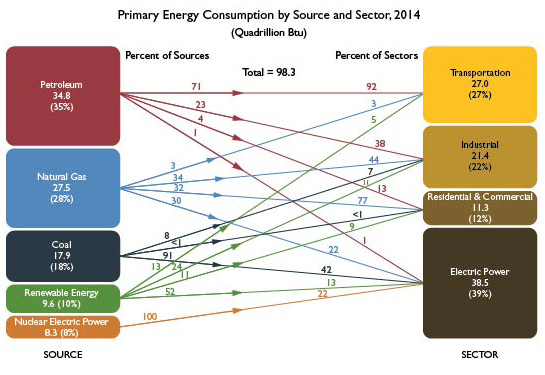 Figure 1: Primary Energy Consumption by Source and Sector for 2014

The most significant development in the first decade of the twenty-first century has been the growth of domestic petroleum and natural gas supply, and its production by means of horizontal drilling and hydraulic fracturing technologies. This growth in domestic supply and production has resulted in the construction of natural gas export facilities in the form of Liquefied Natural Gas (LNG) and a potential change in U.S. federal law to allow for the export of crude oil in the near future. The United States thus enters an era when it is not only secure in its own energy supply, but—as a result of that security and growing production—is also in a position to be able to enhance global energy security.

An examination of the American energy picture for the most recent available year data, namely 2014, shows that the U.S. economy is not dominated by any single energy source. While petroleum is significant, at 35 percent, natural gas represents 26 percent, coal 18 percent, renewables (mostly hydroelectric) 10 percent, and nuclear eight percent of total energy production. This diversified portfolio of energy supply is increasingly domestic in source, a factor that provides for both optionality in energy policy decisions, and change in international relations. The authors have observed these changes in their roles as U.S. Secretary of Energy and federal and state energy regulator respectively, and this article is intended to introduce the distinguished readers of Horizons to the total energy picture in the United States by examining each of the major energy sources.

Petroleum Drives America
Petroleum is the unprocessed mixture of long hydrocarbons that comes out of the ground, also called crude oil. It is classified as a fossil fuel, since it is the result of naturally decaying plant and animal life from ancient seas. Crude oil is found in various grades indigenous to local geographies. The crude oil industry began in the United States with the famous oil well drilled by Colonel Edwin Drake in 1859. With the development of refining, crude oil yielded a variety of special fuels, lubricants, and other valuable chemicals. The 2014 EIA chart shows that the primary market for petroleum products (gasoline, diesel, and aviation fuel) in the United States is transportation, supplying 92 percent of energy needs that year. Notice that a scant one percent of petroleum products went to electricity production.

America’s expansion of crude oil production follows the introduction and rapid growth of the use of the internal combustion engine and the automobile industry. The rest of the world followed, and today crude oil supplies more than 90 percent of world transport.

The United States was initially self-sufficient in crude oil and did not begin importation until the 1970s. The development of huge fields with low production costs in the Middle East—early examples include Kuwait’s al-Burgan (1938) and Saudi Arabia’s al-Ghawar (1948)—made low cost oil available on global markets, with commensurate low cost ocean shipping. Importation into the United States began steadily increasing in the 1970s, reaching a maximum of 60 percent of consumption (12.5 million barrels per day) in 2005 and dropping to around 40 percent by 2015.

The drop in imports is attributable directly to increased U.S. domestic supply from unconventional sources (oil shale), which was made possible by advanced technology in hydraulic-fracturing and horizontal drilling, as well as a favorable high global oil price. The effect of increased domestic supply—namely, decreasing U.S. crude oil imports—has had the additional impact of making more OPEC and non-OPEC supply available in global markets. This, along with lower projections of global oil demand—especially from China—has resulted in the widely reported drop in global crude oil prices from near $100 a barrel at the beginning of 2014 to a price hovering around $47 a barrel in early September 2015. The Spring 2015 issue of Horizons covered the price swing and effect on OPEC in an article by Jason Bordoff and Akos Losz entitled “Oil Shock: Decoding the Causes and Consequences of the 2014 Oil Price Drop,” and so the price story and OPEC,s response need not be covered here.
The update to the Bordoff-Losz essay is that the diverse and robust American oil production community has survived the new low price era and continues to produce oil at record volumes, whilst slowly reducing capital commitments for future drilling expansion. Some producers have discovered new efficiencies in exploration and production, while others have drilled but not produced, capping wells with the ability to quickly respond to future higher price signals. As of late September 2015—with crude oil prices hovering at around $47 per barrel—we can see that observers are waiting to see which of the indebted independent oil producers can survive the continuation of the low crude oil price environment, and which will have to fold up and release their assets to better capitalized competitors or investors.

The political issue of lifting the ban on crude oil export arises from the fact that America’s refineries were built to process the imported grade of crude oil called “heavy,” while the crude oil from the new domestic producing regions is categorized as “light.” Thus, light U.S. crude oil is discounted in U.S. markets as being more difficult to process. Opening up the export market would mean that more valuable U.S. light crude oil could be shipped to European and Latin American refineries at a premium price, whilst lower value-heavy crude would be imported for processing in U.S. refineries designed for that grade. A number of think-tank studies have reported to the U.S. Congress and policymakers that the export of U.S. crude oil would benefit American consumers rather than raise the price of gasoline, as projected by critics of removing the export ban.