STEADFAST commitment to its founding principles of liberty and the rule of law—together with a fortuitous geography, natural endowments, and continuously reinvigorated human capital—helped propel the United States to the position of the most powerful nation on Earth. Its distinct contributions to the tumultuous events of the twentieth century led to humanity’s victory over Nazism and the decisive outcome of the Cold War. 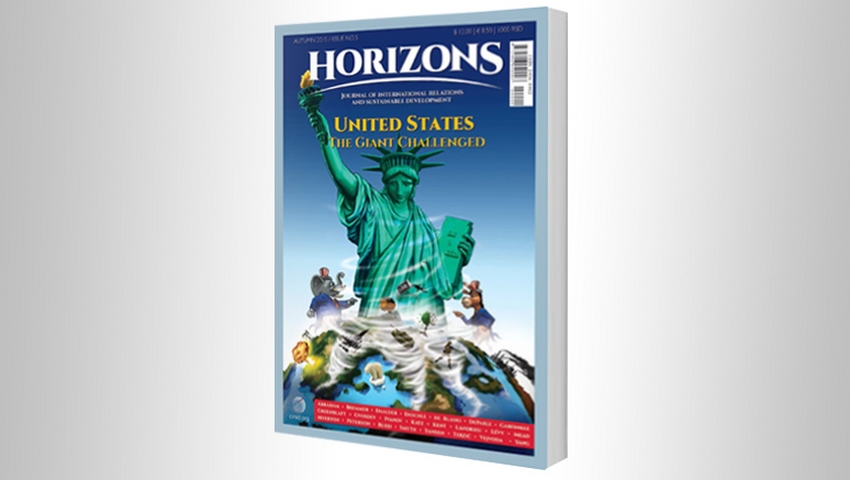 THE momentous atmosphere that surrounded the fall of the Berlin Wall gave rise to the illusion of the end of history. Yet at the onset of the third millennium, we seem to have entered into a most profound and all-encompassing period of global transformation. Spheres of influence are being remade as political, economic, and social relationships continue to shift in a growing number of theatres around the world—from Eurasia and the Middle East, to the Pacific Rim and Africa.

ENSURING peace, stability, and continued human progress under such conditions will require more intense international cooperation. The imperative for concerted multilateral engagement has acquired a new urgency in our time—in no small part due to the unprecedented threat of climate change, as well as the rising levels of inequality both between and within states.

BUT so has the need for prudent and decisive leadership by the great powers—beginning with the United States, which by any measure remains the world’s most significant geopolitical actor. The way the giant chooses to respond to the rising number of challenges will make a resolute impact on our lives.

THIS issue of Horizons is therefore devoted to America, with a series of distinguished authors addressing some of its most pressing foreign and domestic concerns. These include the future of transatlantic and transpacific security and economic arrangements, crucial bilateral relationships, the state of various social and health programs, urban renewal and sustainability, technological innovation, and the need to modernize different infrastructure networks. A number of contributors also examine the corrosive effects of the nation’s bitter partisan divide, including its spillovers into U.S. foreign policymaking.

IT is our hope that the Autumn 2015 edition of our journal will not only help improve global understanding of contemporary political discourse in the United States, but also contribute to the country’s domestic debates—certain to become increasingly vivid as we move closer towards the elections of 2016.