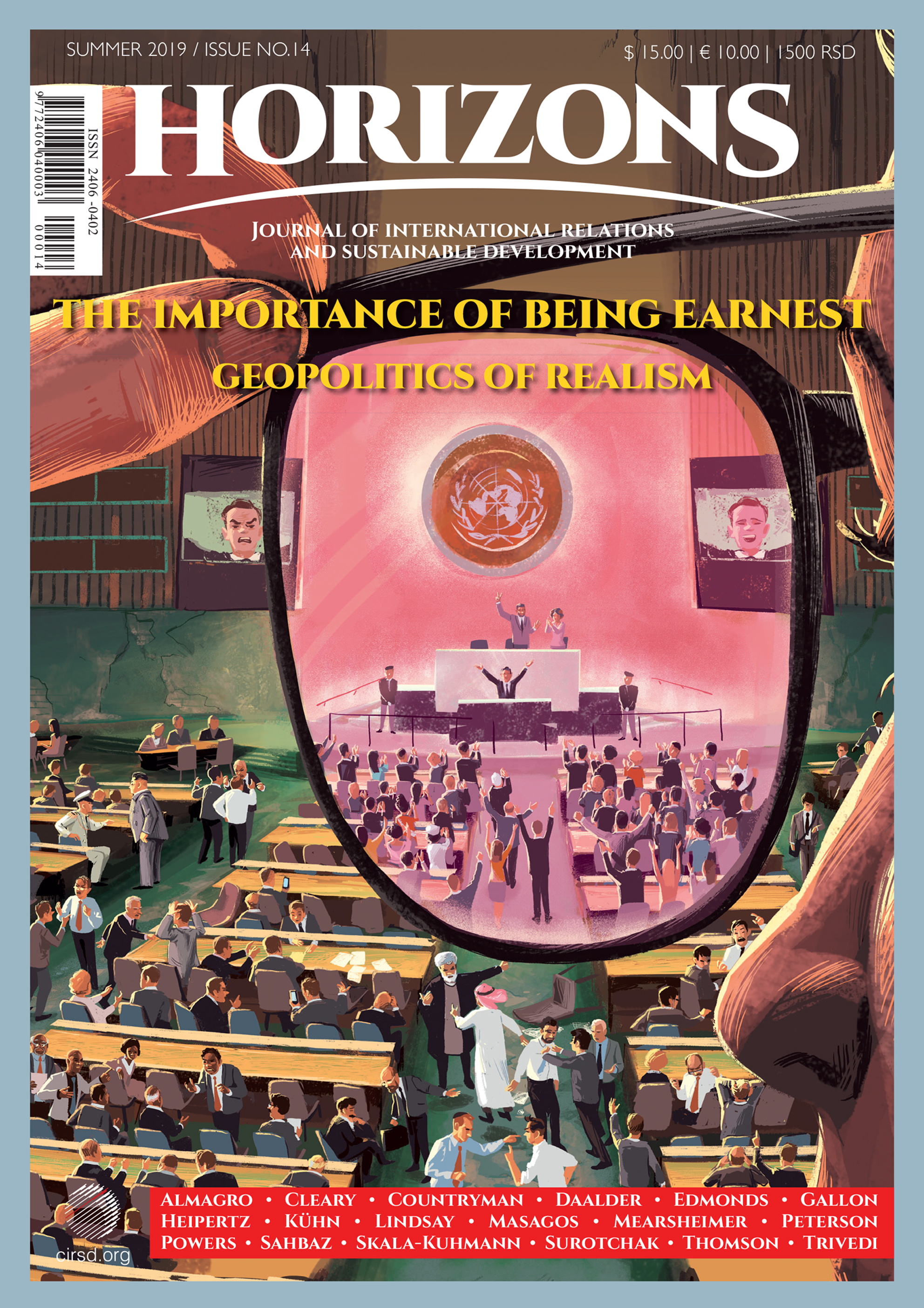 THE IMPORTANCE of being earnest in addressing global affairs is the main theme of this edition of Horizons, borrowing its title from a famous British play. It highlights the proposition that the most adequate framework for understanding international relations is one based on the realist paradigm of geopolitics. As indicated in our featured essays, such an approach is predicated on leaders exercising introspection at home and restraint abroad.

TO gain proper insight into the contemporary world and one’s place in it, decisionmakers across the globe need to take a long, hard look at their own assumptions and domestic resources—be they military, political, or socio-economic. When combined with dispassionate analyses of the competitive intentions and capabilities of others, they may become better equipped to make unsentimental judgments about the balance of power— both in their neighborhood and farther afield.

LOOKING ahead, this also means coming to terms with the fact that the conduct of international relations in the time ahead will resemble less and less the way it has been practiced since the onset of the global economic crisis in 2008. In Robert D. Kaplan’s recent formulation, “globalization is becoming multicultural.”

THOSE who champion realism in geopolitics believe that rival conceptions come down to wishful thinking: reality distorted through nostalgia for a halcyon time or the tint of rosy-colored glasses—with foreign policymaking in danger of falling victim to the Scylla of inattention or the Charybdis of overstretch.

STATESMEN who recognize the importance of being earnest appreciate that no nation is invulnerable, no prerogative is permanent, no friend or ally is perfect, and no single cause is worth excluding all others. This last is particularly important for the great powers to internalize. The relationships they have with each other, and the influence they exercise by virtue of the might at their disposal, are too far-reaching and complex to be determined by a single dispute about any given issue or region.

OTHER essays we feature in these pages focus on nuclear proliferation; examine Trump’s foreign policy and Russian and Chinese reactions; discuss great power jostling in cyberspace; provide an assessment of the controversial R2P doctrine; and delve into Europe in the wake of the EU’s parliamentary elections. Each takes into account some unpleasant realities, as do the articles that address the (lack of) implementation of the United Nations 2030 Agenda for Sustainable Development. This last topic rarely falls within the purview of classical realism, which concerns itself most of all with improving conditions for self-preservation. Yet this is the fundamental purpose of the SDGs, too. Advocates of a Realpolitik approach to the conduct of international relations would be well advised to incorporate such a perspective into their worldview.