Africa in the First Quarter of the Twenty-First Century

Olusegun Obasanjo is a former President of the Federal Republic of Nigeria. You may follow him on Twitter @SegunObasanjo.

Both the Arabs, who sought to expand caliphates, and the Europeans, who scrambled for the continent, beheld Africa as a vast place with a large number of people who cannot help themselves unless they are helped. The recurring picture of Africa’s helplessness continued for decades, inviting tears in the eyes and dampening of the heart. The beauty of Africa, the valor of its people, and its culture were all consigned to miniscule import.

The Arab traders did not discover Africa when they ventured to the north for commerce; neither did the Europeans when the French conquered Algiers in 1830. Napoleon’s expedition to Egypt in 1790 was not what suddenly brought the knowledge of Africa. The continent had existed in a different form long before the adventures of these powerful explorers. It may have been a discovery to them because they were unaware of African peoples until their explorations, yet Africa has always been there.

No doubt, it would be appreciated that no full account of the African situation is possible without due reference to the impact of colonialism. As we are all aware, colonialism devastated and depopulated the continent through the transatlantic slave trade. Africa suffered at the hands of foreigners like no other continent. It is virtually impossible to estimate the full social, economic, and psychological costs of this inhuman and inhumane act—from its conception in the dark hearts of Europeans to its forceful implementation. The passage of time cannot remove the stain and the stench of the slave trade.

As the campaign for independence from colonial occupation and management of the African continent resonated across the globe, colonial hegemony was not totally wiped out in the area of trade and economy. The wave of independence that spread across Africa was short-lived. Renegade militaries and militias erupted from different parts of the continent; and civil war became the order of the day. 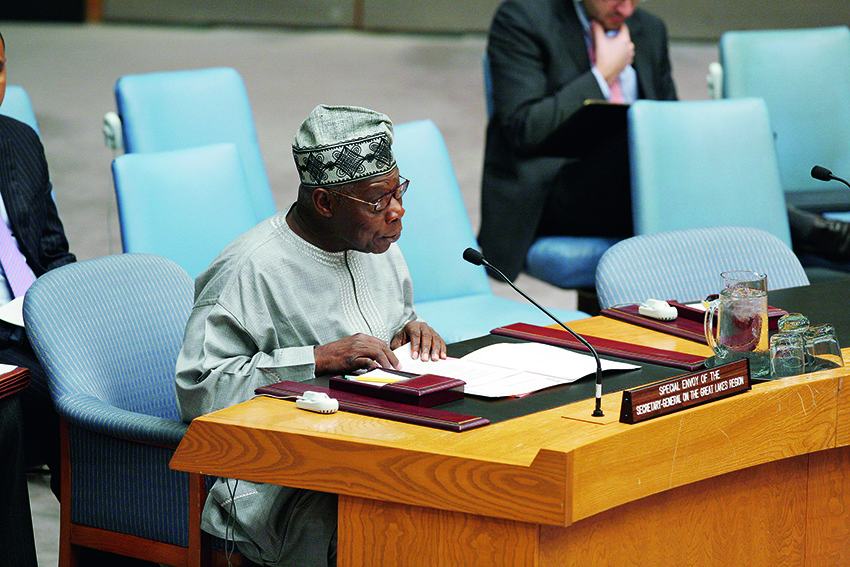 The Cold War made things worse for Africa and hindered development to a great extent. Both sides of the divide oppressed and exploited Africa. We received a lot of weapons, but no factories; no schools or hospitals; we got nothing to show for alliance or association with either the East or the West.

We fought wars for others and came home with nothing. We fought each other even as the same source fed us with dangerous weapons, and we got pain, disease, hunger, and devastation in return. We were issued loans, some dubious, others used to acquire weapons; and we ended up in debt and with instability that gave us only more pains, coups and counter-coups, and bad governance.

Some of the worst dictators in the world emerged from Africa with the full endorsement and encouragement of outside influences. Jean Bédel Bokassa of the Central African Republic was a typical example. All these, fuelled by the usual self-serving interests of external forces, made colonialism look better; it made slavery and subjugation appear a worthy alternative.