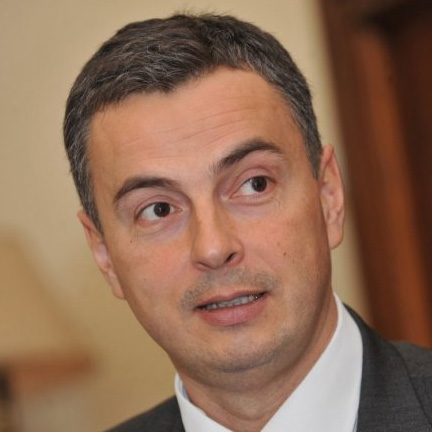 Author:
Dejan Šoškić
Governor of the National Bank of Serbia 2010-2012

One of the most frequently debated issues concerning economic growth, not just in recent years but throughout the last century, was and is whether monetary policy is in a position to solve the problems of low economic growth and unemployment, and to put an economic system on a sustainable path to full employment.

Historically, monetary policy was very frequently given one of the primary goals of providing for high employment rates and economic growth—in fact, it still is in the US and some other countries. Broadly speaking, one can designate this stance to the theories of John Maynard Keynes and his followers. On the other hand, this belief has been widely challenged in the past decades throughout most of the world, by the predominant goal of monetary policy of providing for price stability. This stance can, however, broadly speaking be attributed to the theories of Friedrich Hayek, Milton Friedman, and their followers.

Both of these theories in fact claim that monetary policy should try best to serve economic development. The first sees this as the readiness of monetary policy to provide an increase in money supply in times of slow growth and rising unemployment without worrying too much for the possibility of rising inflation if it results from such employment-driven monetary policy actions.

This theory puts emphasis on employment in the short run, and considers it adequate for monetary policy to pursue these short-term goals since “…in the long run we are all dead.” The second theory, however, considers that relative price stability—as the goal of monetary policy—will in the long run provide for full employment as an outcome of sustainable rates of economic growth. The proponents of this theory argue that putting monetary policy in charge of achieving short-run employment objectives can easily slip into politically motivated misuse of monetary policy decisions with the possibility of certain short-term gains, but with long-term losses in terms of economic activity, wealth creation and employment.

Recently, largely as a consequence of the recent financial crises, financial stability has been added as an additional primary goal of monetary policy to the existing two. This goal of monetary policy again has an objective to serve the purpose of sustainable economic development. It was clearly noted that too accommodative a monetary policy (high level of money and low interest rates) can provide for increased leverage (borrowing) for the purpose of buying assets like real estate, stocks, bonds, etc., creating the so-called asset price bubble. As a rule, it was underlined that after this asset bubble bursts, recession hits the economy with substantial losses in economic activity and employment. This was the case in 2008 with real estate prices, as was the case in 1929 with stock prices on Wall Street. Back in 1929, the interest rates in the U.S. were low partly because the FED (the U.S. Central bank) was trying to support the failing British pound in the Gold standard. Even then it was noted that such an accommodative monetary policy by the FED could create an asset bubble on Wall Street, but the corrective action came too late. Now, more than 80 years later, financial stability is fully recognized as one of the primary goals of monetary policy.

These goals—i.e. employment, price stability, and financial stability—are often conflicting. Firmly insisting on one of them can spell economic disaster. The UK was insisting on reverting to Gold Standard after WWI. In 1925 it has regained the pre-WWI price of gold in terms of the British Pound. However, it was achieved with years of high interest rates, loss of competitiveness and deflation in the country, with a stagnating economy and high unemployment as a result. At about the same time, France had substantially devalued their Frank to gold, had higher average inflation compared to Britain, but had regained its competitiveness and increased employment, enabling it to emerge as a financial power of the time. Germany, on the other hand, had its experience in 1922-23 with massive increase in money supply “to accommodate the needs of the government and the economy.” The outcome was a well-known rampant hyperinflation episode with devastating consequences on employment and economic activity. The post WWI episode of the Gold Standard can be used as good example of what can happen when exchange rate targeting is overemphasized.

These and other bad episodes with sometimes devastating consequences of an “active monetary policy” led to Milton Friedman’s k-percent rule, which advocated for constant money supply increase every year by the central bank in line with the average rate of economic growth irrespective of the business cycles. This was in essence the theoretical backing of monetary aggregates targeting as a monetary strategy in some successful European countries in the 1970s and 1980s. However, this strategy did not take into account the instability (volatility) of the rate of money circulation (velocity of money) in an economy. This progress in thinking, among other things, has led to inflation targeting as a dominant monetary strategy of today, where money (monetary aggregates) is neither fixed nor is growing at a fixed rate. Rather, it is allowed to fluctuate and is always trying to provide enough liquidity for sustainable economic growth, but not enough for inflation above the target inflation rate.

So the question becomes: can monetary policy substantially support development, especially in Southeast Europe? MY answer is ‘yes.’ Adequate liquidity with relative price stability, credible monetary policy authorities, and a high level of confidence in national currency and financial institutions and markets is one of the basic pillars of sustainable economic development. Southeast Europe is still far from these standards, with much that can be done. Whenever there is a fever in a system with high body temperature (high interest rates) and low body activity (economic activity), it is a clear signal that the patient is seriously ill and needs to substantially improve his or her health. And the important thing to note is that every patient has to have a specific course of treatment.