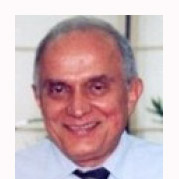 Author:
Zoran Pendić
Director of the Development Centre of the Union of Engineers and Technicians of Serbia, Belgrade

Serbia's EU accession process is now under way and includes 35 thematic chapters. However, this process does not encompass negotiations on EU legislation. The Candidate Countries (CC) are marely expected to demonstrate their ability to align themself with the EU legislation and apply it in practice. Moreover, they are not required to implement all EU laws from the moment of joining the Union. This is explained by the so-called transitional arrangements. The transitional arrangements define areas for which the CC is given certain additional periods of time after the accession to fully enforce the EU legislation in practice. The most common reasons for the transitional arrangements to be put into place are large infrastructure investments required in certain areas of the economy (i.e. environment, agriculture, energy ...), which can often be realized only in appropriate and agreed deadlines.

The current negotiation process has revealed that Serbia’s legislation is in many chapters already harmonized with that of the EU. Yet, the application of the laws and related regulations in practice remains the Country's weak point. The main problems pertain to: serious shortage of adequate human resources; lack of suitable infrastructure; and, scarce financial means.

Looking at the Energy Chapter, for example, it becomes evident that the implementation of the Directive on Limitation of Emissions of Certain Pollutants into the Air from Large Combustion Plants, as well as the Directive on Industrial Emissions (integrated pollution prevention and control), which puts futher limits on the emission of pollutants into the air from large combustion plan, will represent a severe problem. The provisions of those Directives directly condition the work of some blocks of our thermal power plants, so it is necessary to start with their reconstruction and modernization as soon as possible. Furthermore, the EU promotes the so-called "20-20-20 Policy" as one of its strategic targets for energy consumption by 2020. The 20-20-20 Policy includes: a 20% reduction in EU greenhouse gas emissions from 1990 levels; a 20% improvement in the EU's energy efficiency; and, raising the share of EU energy consumption produced from renewable resources to 20%. Implementation of this policy is going to be a major challenge for Serbia.

According to some estimates Serbia will need about €10.6 billion by 2030 to meet the EU environmental targets. The funds are chiefly required in the water sector (€5.6 billion), waste sector (€2.8 billion) and the sector of industrial pollution (€1.3 billion). Heavy rains in Serbia and the region that occurred last May and September made the situation even more complicated with regard to the fulfilment of the EU environmental criteria. This is exacerbated by the expectation that such catastrophic events will become even more frequent in the near future. The above mentioned severe weather caused a large number of landslides across Serbia. In fact, several thousands of them were reported while it is believed that a huge number was hidden from the eyes of people. For example, in the Belgrade area alone there were 2000 landslides recorded. These landslides have greatly endangered and degraded the environment. In addition to this, further threats to the environment are being posed by over 3000 large illegal landfills of waste and many more small ones across the whole country. It has to be noted that even the legal landfills of waste are not harmless as they can affect the contamination of soil and water. This is why the EU policy on landfills of waste emphasises recycling and drastic reduction in the number of landfills of waste for municipal waste.

Thus, one of the most vital things to be done in Serbia is to strengthen the knowledge capacities of the local governments through well designed training.

It is also important to launch cooperation between local governments and civil service organizations (CSOs) on their territories. Their colaboration could be viewed as an ecological coalition of its own kind and would have to play an essential part in defining and realization of a plan for protection of the environment on the territory of each local government. The communal police would have to be included in this project, too.

Moreover, this coalition could (or rather: should) be extended to schools in the local communities. This is important in order to involve students in concrete actions related to the protection of resources, waste management, rational use of drinking water, energy efficiency, etc. (e.g. by initiating programmes such as The Kids' ISO 14000 Programme supported by the UN and International Organization for Standardization).

Zoran Pendić
Director of the Development Centre of the Union of Engineers and Technicians of Serbia, Belgrade