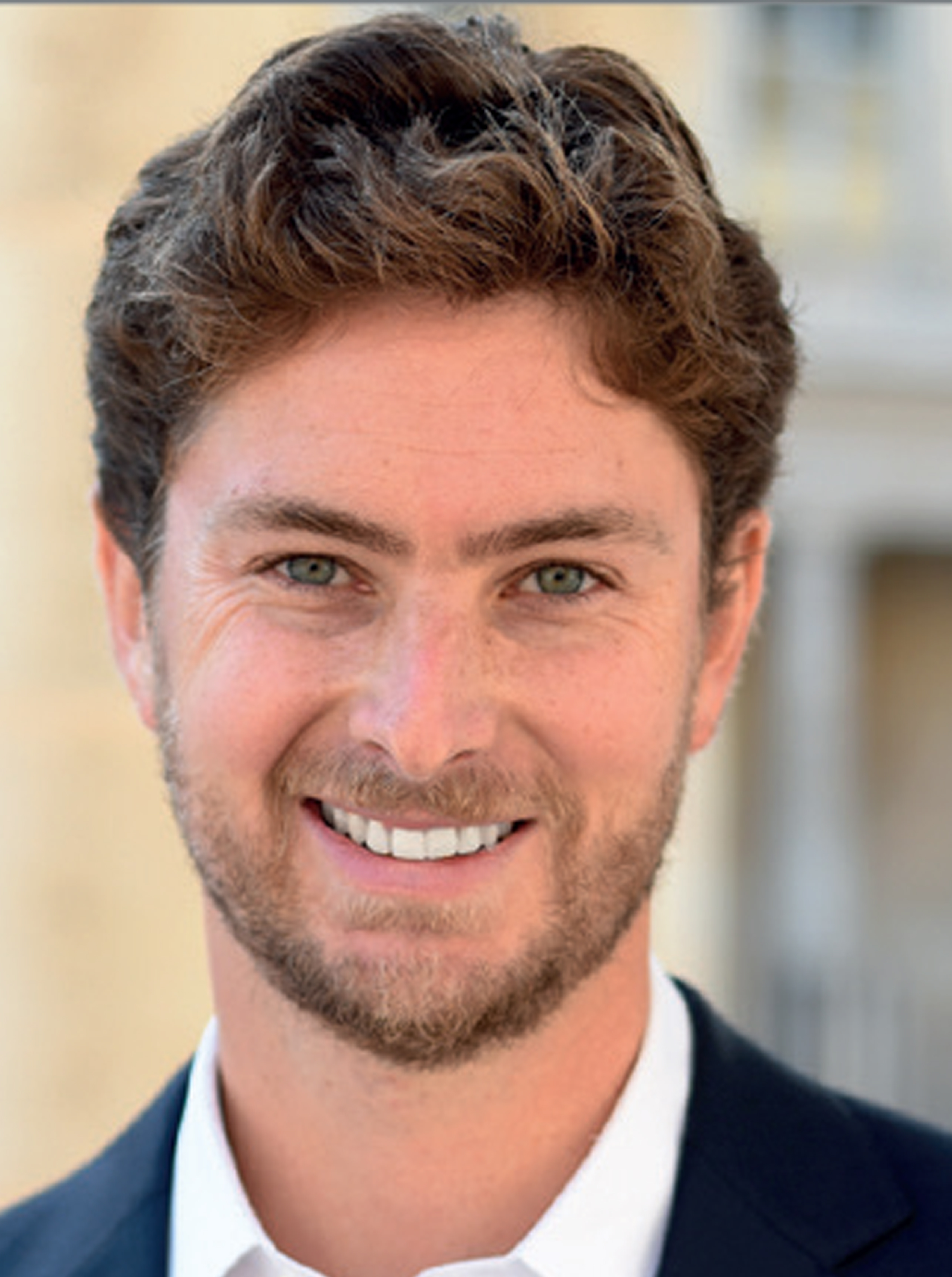 Jérémie Gallon is Managing Director of AmCham France and an EU foreign policy lecturer at Sciences Po. He is the author of Journal d’un jeune diplomate dans l’Amérique de Trump (2018). You may follow him on Twitter @JeremieGallon.

Europe’s slow slide into geopolitical irrelevance should be of major concern to both Europeans and the rest of the world; a coherent, united foreign policy is the best way to reverse it.

On a beautiful spring day in 2019, I walked through Salzburg’s Mirabell Gardens. Hohensalzburg Fortress towered above me, to my left was Villa Kast, which hosts the contemporary art gallery owned by Thaddaeus Ropac, and just ahead was the University of Salzburg, where talented students from all over Europe come to study just a stone’s throw away from the house in which Mozart was born. Stefan Zweig wrote of Salzburg that it is “a city of two faces, mysterious and difficult to compare to any other. It is very ancient, old fashioned, and yet in summer it can be the liveliest, most culturally vibrant town in Europe.”

As I wandered through the old town, with its incredible density of culture and history, it struck me that Zweig could, with equal veracity, have written this about Europe as a whole. Europe has an incredibly rich history, and remains deeply influenced by its cultural and philosophical past, but it is also living, dynamic, and vibrant. These two key attributes are not, however, equally recognized on the global stage. Few would deny the first; the number of international tourists that pass through the Mirabell Gardens daily attest to the universal fascination with European history.

Europe’s continued relevance is, unfortunately, somewhat less broadly accepted. Time and  again, during my years as an EU diplomat in Washington DC, I detected an underlying assumption from my non-European peers that Europe’s greatest years were behind us—that we were settling into a new world in which the Old Continent would no longer be a key player.

This was not a comfortable sensation. It was a foretaste of the pain of being from a land that once led the world but now finds itself in danger of being consigned only to the history books.

In this essay I argue that this slow slide into irrelevance is not inevitable, and that it can and should be vehemently resisted. In the first section, I examine the current European malaise in fields like technology, economics, and foreign policy. In the second, I explain why this matters. The final section focuses on foreign policy, an area in which the decline in European influence has been particularly striking and could be particularly pernicious, and examines the obstacles hindering reform while outlining potential paths forward.

Over the past decades, Europe has become a witness rather than an actor capable of transforming the world around it. This marked decline—and the rise of the United States and China—is evident across a number of spheres.

Economically, the numbers speak for themselves. Of the ten biggest companies by market capitalization, seven are American and three are Chinese. Among the twenty biggest tech companies, eleven are American and nine are Chinese. The R&D pipeline does not look much better. Consider the case of France: in 2018, the R&D budget of Amazon was $23 billion, while the total budget of the French National Center for Scientific Research (CNRS)—the largest such government-funded organization in the Hexagon—was $3.7 billion; over the last year, Alibaba has invested $15 billion in artificial intelligence, while the French National Institute for Research in Computer Science and Automation, which gathers the best French researchers in the fields of AI and computer science, has an annual budget of just €230 million. 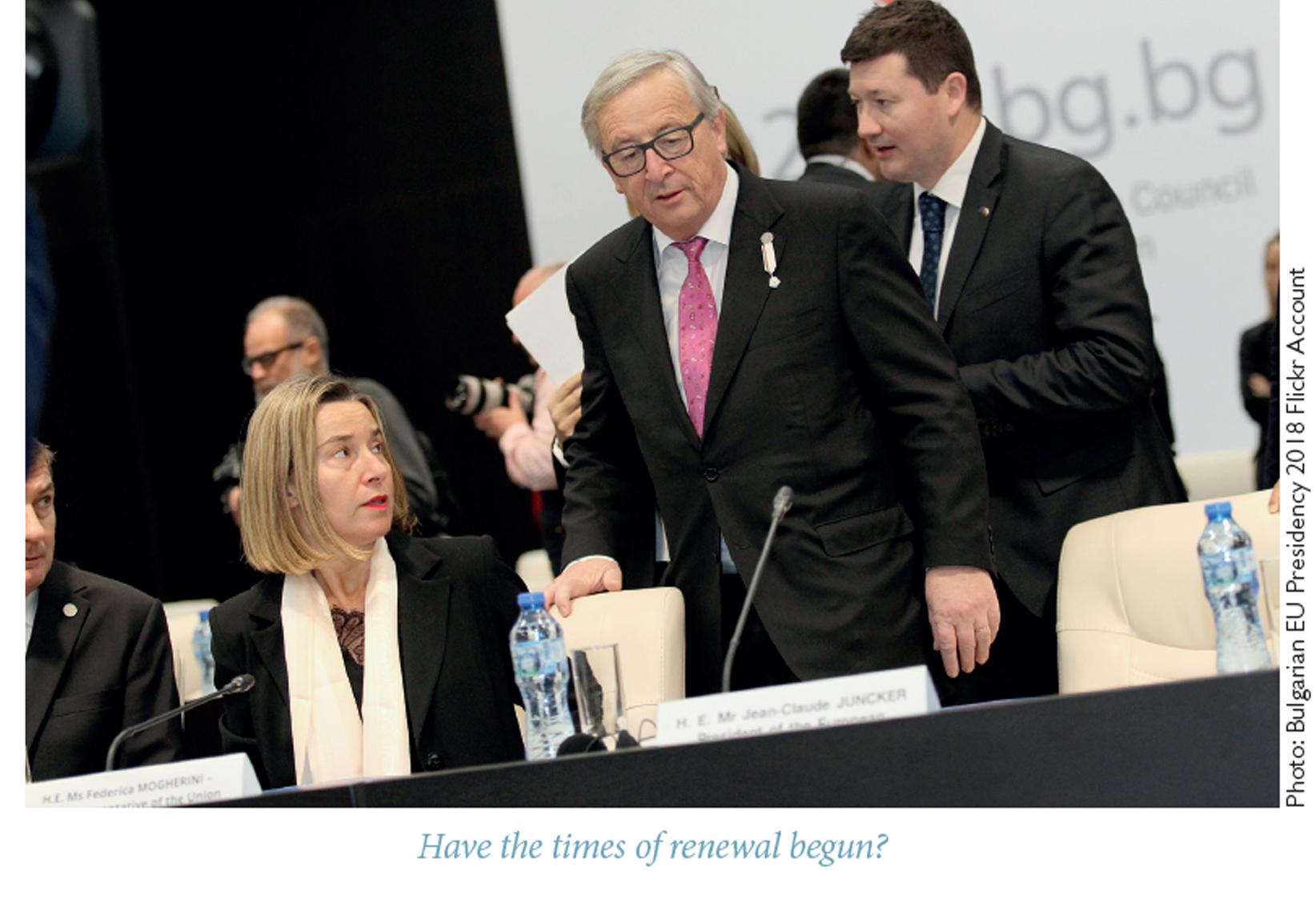 In diplomacy, Europe does not always have the courage to defend its values and interests. The European Union is confronted with an unstable neighborhood and increasingly aggressive external powers, but we are sometimes reluctant to raise our voice against those who threaten us. While our ancestors fought—and in many cases sacrificed their lives—to advance human rights, we are not even able to issue a joint statement condemning human rights violations in China. When an oil-rich monarchy is guilty of savagely murdering a journalist and causing the world’s worst humanitarian crisis in Yemen, the European silence is deafening.

Over the last few years, the consequences of the Syrian Civil War have led to the worst crisis the European

Union has ever had to face. It has led to a flow of migration into Europe that continues to threaten the economic and social cohesion of our nations. All across the Old Continent, the crisis has contributed to the rise of extremism, with some Member States witnessing terrorist attacks within their borders. When it came to finding an international solution to the Syrian crisis, however, Europe was not even present at the negotiating table.
Europeans’ future had become dependent on the power game between Russia, Iran, Turkey, Saudi Arabia, and the United States.

Even in cases where Europe is theoretically a major player, such as with the Iran nuclear deal, we are unable to impose ourselves effectively. When President Trump decided to withdraw from the agreement, unraveling one of the greatest foreign policy achievements

of EU diplomacy, Brussels could do no more than complain. And when the United States decided to reactivate sanctions against Iran, nearly all European businesses that had invested in the Iranian market were forced to withdraw. This situation occurred despite the EU’s updated Blocking Statute, which aims to counter the effects of American sanctions on EU economic operators engaging in lawful activity with third countries.