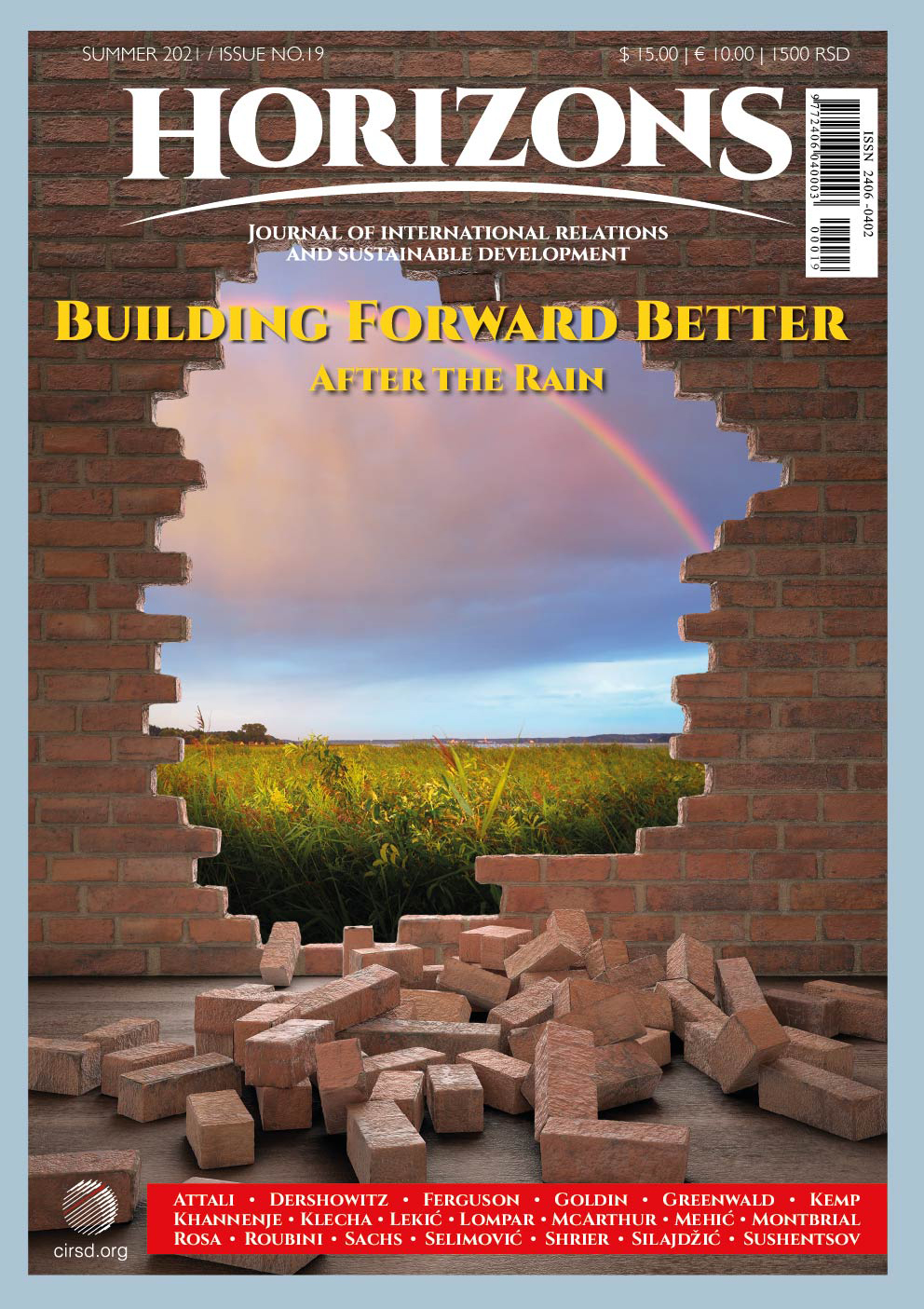 THE LEADERS of the major powers are on the cusp of shifting the thrust of their domestic deliberations away from combating the effects of the COVID-19 pandemic. They have determined that previously adopted emergency measures are bearing enough fruit to warrant concentrating on the day after—perhaps selfishly, since vaccination campaigns have barely gotten off the ground across vast swaths of the globe.

THEY ALSO seem to have concluded that a return to the international status quo ante is undesirable. But they have not yet offered a holistic grand vision, supported with sufficient material wherewithal, required to lead the world in a wholescale transformation to ensure we do not backtrack to the conditions that existed prior to the onset of the pandemic. The outcomes of the recent G7 summit, as one of our contributors explains, speak directly to this point.

THE INSUFFICIENT scope of their ambitions and the policies they are now championing is fittingly illustrated by their commonly preferred slogan to describe the task ahead: “building back better”; the views found in these pages can instead be described as “building forward better.” Politicians in power prefer the term “recovery”; a more far-sighted approach would involve a “rescue,” as also said herein.

NO-NONSENSE explanations of the inherent instability and danger of the aforementioned conditions—as well as thoughtful proposals about what would truly be required to move decisively beyond them—are provided by an exceptionally distinguished group of Horizons authors. Some focus on the core issues of sustainable development: the 2030 Agenda was already on the ropes before the pandemic; today, it seems almost impossible to imagine that more than a small handful of countries will come even close to achieving the SDGs by the previously announced deadline. More than anything, this change-at-the-margins approach represents an unforgivable failure of the imagination.

THERE IS still time for humanity to come to its senses: after the rain, the sun reemerges from behind the storm-clouds, as it were. But as other views featured here make clear, the rays may be dim and fleeting in the absence of the major powers making a decision to substantially upgrade the present, manifestly inadequate international system—given that starting over is simply not now in the cards. The aim should be to reestablish a semblance of order whilst producing a consensus on some new rules of the game. Right now, misunderstandings between the most important players still abound, particularly in the realm of geopolitics; unfortunately, as chronicled in this edition of Horizons, they show seemingly few signs of abating.

NO REGION, no nation, and no culture can isolate itself from the corrosive effects of all this hesitancy. This includes the Western Balkans, also discussed by various authors in these pages. Here too, a bright future appears beyond reach—at least for the moment—with possibly caustic effects on the central question of national identity. However, thought leaders and public intellectuals have begun to think about how to build forward better, as they observe the storm clouds about to recede.