Horizons No. 16 - The Quickening 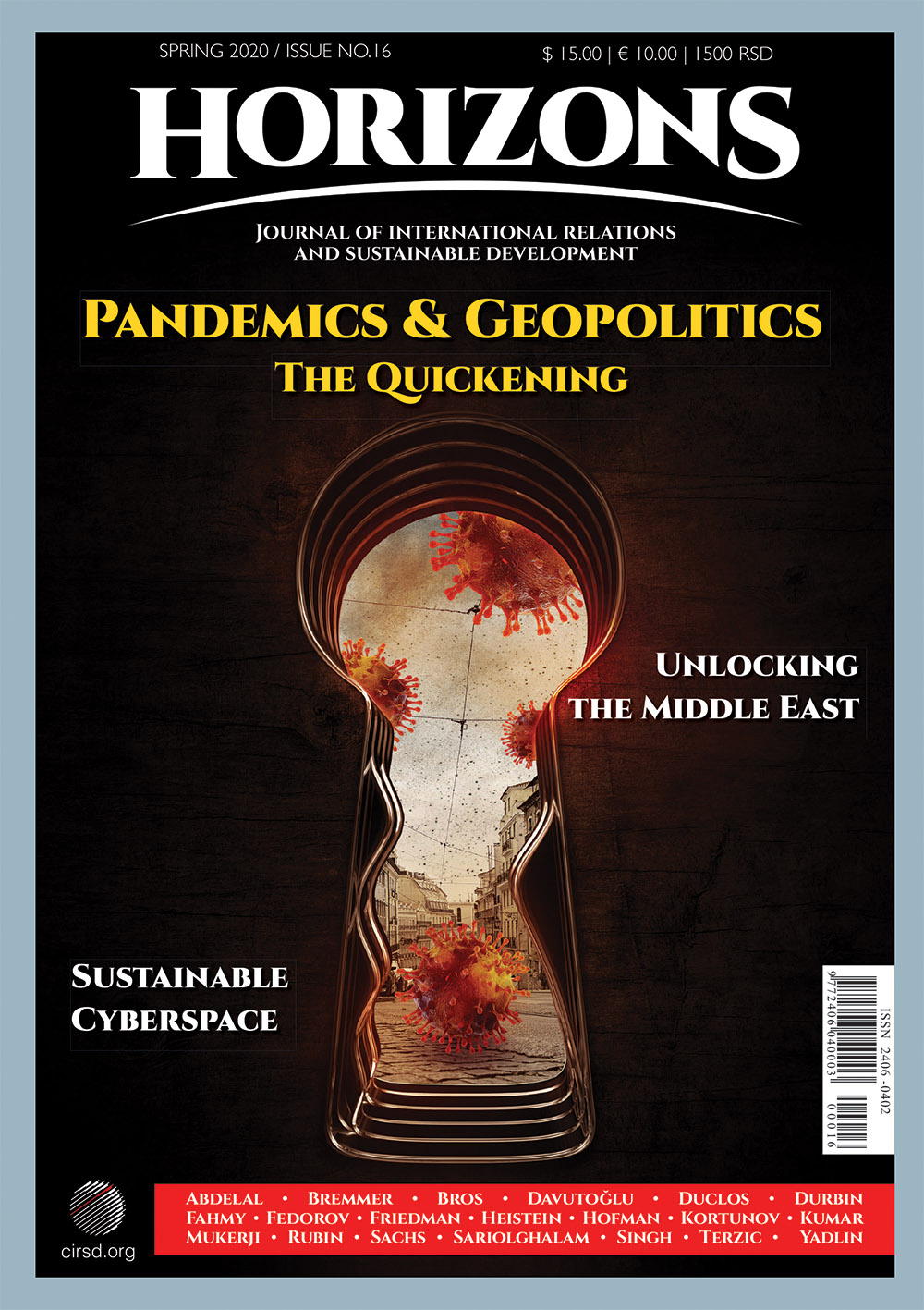 In Macbeth, Shakespeare describes a world “Almost afraid to know itself” in the downthrows of twofold pestilence: disease caused by nature compounded with disease through misrule. In a time of plague, the king’s ineptitude grows alongside his insecurity, as he loses all facility to act with prudence of forethought: “The very firstlings of my heart shall be / The firstlings of my hand,” he laments pathetically. His selfish effort at self-preservation is transformed by febrility into self-destruction. The king’s time ends in tragedy whilst the play ends with a hope for the renewal of health and sanity to the body politic.

The world of today bears a disconcerting familiarity to the one staged by Shakespeare: the COVID-19 pandemic has assiduously exposed numerous weaknesses of an international system tormented by dysfunctional governance, hastening rivalries, economic alarm, social disconnect, and environmental deterioration. Multilateral institutions grown frail from age or neglect are seen to be unfit for purpose, whilst diplomacy is likened to cowardice in too many corners of the planet.

As several authors writing in the present edition of Horizons remind us, we live in a leaderless era of global politics, one which predates the onset of the contagion. But the abject failure to compartmentalize differences—even temporarily—and engender a concerted response to the COVID-19 virus has fully laid bare contemporary geopolitical trends. Furthermore, this pandemic is manifestly quickening them.

This will undoubtedly shape attempts to recuperate from what many leaders chose to liken to a maelstrom of war. Endeavors to mobilize concerted international action will continue to face populist resistance and a growing disinclination to marshal solidarity. As high-tech bifurcation between America and China accelerates, other sectors of the world economy will become increasingly perturbed, triggering the onset of full-blown de-globalization and, possibly, a new cold war.

Perhaps more fully than other regions, the Middle East will feel the seismic effects of the trends that have led to the present geopolitical morass. Most global maladies and fissures are amplified there: mistrust, quarrels, hardship, and inequality, amongst others.

A number of our distinguished authors draw attention to the fact that what happens in the Middle East will inevitably impact adjacent geographies and contribute to further political convulsions, exacerbated by a collapse in oil prices, profound disagreements on cyber-norms, and the specter of covetous rancor over the future vaccine apportionment.

At the end of Macbeth, “newer comfort” is announced by one of the characters: wanting to erase the pestilence from memory, he hopes the recovery can be swiftly achieved. But as we move deeper into the tumultuous waters of the geopolitical quickening, we would be well advised to temper our expectations of what constitutes success.