How Would Greater Energy Efficiency Affect Our Daily Lives? 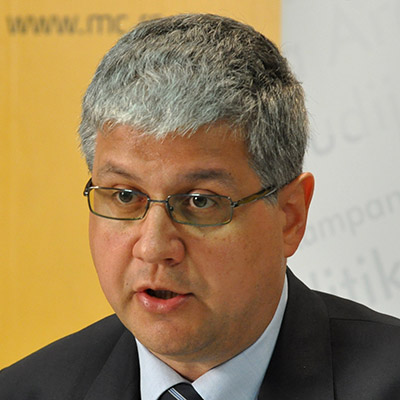 In mid-2014, the territory of Serbia was affected by a series of floods, landslides and several other catastrophic events. Significant parts of the country’s transport and energy infrastructure were damaged and the public became more aware of the risks embedded with these systems. So far, however, there are no signs that any of these occurrences could have effect on the country’s strategic decision-making regarding existing or new infrastructure. Unfortunately, current governance in this area are still firmly rooted in a development doctrine formed in the mid-1970s—a doctrine that has crucially shaped economic and political outcomes in Serbia for the last 40 years.

The turn of events in the international market, combination of international political relations, and technical problems indicate that even Serbia’s scarce participation in the global energy market could be susceptible to some complex risks. Inevitably, those risks make Serbia vulnerable to extra costs even if they never materialize.

Higher energy charges mirror in the reduction of citizens’ purchasing power for other goods and services. Subsequently, this leads to decrease in employment rates, government budget revenues and financial capabilities of general population as well as commercial sector. Moreover, the risk elimination may often require additional funds from the national budget. Such issues, then, create an environment where the Government faces reduced revenues and increased expenditures. Fortunately, these complexities have not yet attracted attention of the financial experts and civil servants, who mainly get involved in solving only specific issues in the area of national debt and revenues.

Here comes an opportunity—for the umpteenth time in the course of the last 40 years—to recall the importance of fuel (energy source) conversion efficiency into usable energy. The productivity and effectiveness of that process determines the scope of necessary infrastructure, its exposure to certain risks, its price, costs as well as its appropriateness. The efficiency of converting firewood to heat (heating, cooking and hot water), lignite to electricity (and heat) and electrical energy to heat can all be significantly improved. Lignite and firewood can be obtained at higher productivity rates and lower costs. There is no need to burn expensive fuel (natural gas, fuel oil, lignite) in order to produce low temperature heat and district heating services. In short, we recognize systemic solutions that could help us halve the existing heating costs.

Such an advancement in energy production would particularly influence the poorest families—those whose heating costs make up the largest part of their income and who continue to be forced to compromise between medicines or food on the one hand and heating on the other.

Initially, this change would cause an increase in household demand by at least five percent, as well as growth in employment and rise in national budget revenues; while, conversely eliminating direct costs related to inefficient energy processing. This objective could only be achieved by adopting specific measures and including : adequate decision-making processes in the state-owned enterprises, technical standards and laws on management of state assets in government. In any case, this task remains entirely in the hands of the state administration.

If such a program was followed by an improvement in security of ownership, rule of law and greater respect for contracts and agreements, an opportunity could be created for private owners to work on enhancing their properties. Moreover, in such an environment, engineering expertise could be applied in the field of energy efficiency of buildings. This could in turn increase demand for domestic goods and services as well as local employment levels. Under current circumstance, no regulations on energy efficiency or additional administration could achieve such an objective—no matter what supplementary costs would be imposed on building owners.

Furthermore, financial schemes of wage and pension cuts would not be needed. Notably, systemic changes in managing energy usage could affect all elements relevant to the fiscal consolidation: state revenues and expenditures, income of the poorest and the administration costs. Likewise, the outlook of Serbia on various international issues would most probably change to a great degree and the prospects of joining the European Union would get more realistic contours.

Aleksandar Kovačević, an economist and author of the Balkan energy policy analyses at the International Energy Agency