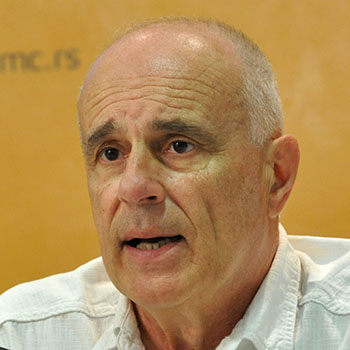 Author:
Borislav Stojkov
Director of the Republic Agency for Spatial Planning of Serbia 2008-2012

It has been almost 20 years since the strategic idea of cooperation and networking among cities, initiated through the EU projects covered by the INTERREG Program, has developed into a ubiquitous practice across Europe. The Baltic cities, followed by German, Scandinavian, Central European ones and others, strive to identify and spread intra-national and trans-national networks of cities and towns with the basic objective of improving their competitiveness, territorial cohesion and the environmental quality. By integrating economic, social and environmental policies through an improved model of governance of urban areas, these cities have achieved higher quality of sustainable development. In the middle of the first decade of the 21st Century this idea became increasingly orientated towards metropolitan areas of larger cities; that is, big cities and their functional urban areas. Moreover, since the networking among such metropolitan areas became the topic of critical importance for Europe, the European spatial development strategies started to devote priority attention to it.

The EU Strategy for the Danube Region has developed this concept further, particularly through the 2010 Declaration of the Bucharest Summit on the Danube. In this document, the overall striving is dedicated to improving the level of connections and cooperation in the Lower Danube Area (LDA) through infrastructure, transport, energy systems, tourism, culture and people. Some of the key reasons for this are the significance of the Danube with all of its resources and potentials and, on the other hand, the weaknesses currently pervading the LDA. The main issues involve: (a) inadequate utilization of the strategic position, resources, and overall potential of the Danube; (b) insufficient understanding and promoting the importance of the Pan-European Corridor VII for further development; (c) extreme backwardness of individual sub-regions along the LDA, as in undeveloped sub-regions of Serbia as well as stagnant ones in Bulgaria and Romania; (d) disproportions between the developed and developing parts with a range of economic, social and environmental issues; and (e) poor awareness of the local and regional authorities with regard to the ways of modernising governance methods so that cooperation becomes one of the essential criteria. Obviously, cities and their metropolitan areas have a dominant role. Therefore, in the current stage of implementing the Strategy, one of the priority issues is the networking among metropolitan areas in the LDA. This initiative requires stimulation for improving the large cities’ institutional capacities. Particularly, it entails a new governance model for big cities directed towards cooperation with other cities and towns, within country, across borders and on the inter-regional level, in the fields of business, science, education, culture, environment, tourism, or security. Such collaborations need to be based on the principles of integrated management and strategic planning that lead to their sustainable development.

Here arises the key issue, highlighted by the book European Cities in Transition 2013 (UN Habitat, 2013). Unlike the cities in Western and Northern Europe, where cooperation and networking became a wide spread practice, the LDA is in a deadlock situation. In Serbia, the notion of cooperation is embedded in the referent strategies and strategic plans; however, in practice, no progress has been made in this direction even within the country itself. Belgrade and Novi Sad - the two largest metropolitan areas in Serbia in a close proximity - are not connected through any kind of organized cooperation. Furthermore, the towns in the metropolitan area of Belgrade (primarily Pančevo and Smederevo) do not have any organized links to the Capital itself. Equally, Bulgaria has a huge untapped potential for linking Vidin and Sofia through Montana. Such a connection could be used to open easier access of Sofia to the Danube via Corridor IV. On top of that, Vidin has not yet organized any serious cooperative projects across the borders either with Kalafat in Romania - except for building a bridge and infrastructure via Corridor IV - or with Zaječar and Negotin in Serbia. In Romania, the initiative to connect cities was primarily launched by Bucharest. This capital city could get a direct access to the Danube via navigable canal that would connect it with the smaller town of Giurgiu. Additionally, in the east of Romania, there are well explored capacities and even tendencies to link Braila and Galat but, unfortunately, the local policies impede cooperation among those towns.

Thus, such problems expose networking among the biggest metropolitan areas in the LDA as one of the main components of the whole story. Their cooperation would need to include collaboration between Belgrade, Sofia and Bucharest through formation of larger or smaller metropolitan (economic) regions. In this respect the initiative of Bucharest to cooperate and link with Sofia represents one of the positive examples. Other concrete instances include: (a) the creation of the so-called cross-border metropolitan region between the towns of Giurgiu in Romania and Ruse in Bulgaria, where Giurgiu introduced and implemented certain prominent projects within the Euro-Region of Giurgiu - Ruse; (b) the agreement on cooperation between the Port of Constanta and the Port of Pančevo; (c) regular flights between Belgrade, Sofia and Bucharest, and (d) some smaller cross-border projects albeit with weak developmental effects.

All in all, the problem of cooperation and networking among metropolitan areas is becoming one of the major challenges for the administration of larger cities in the LDA, putting their old-fashioned governance models to an arduous test. The main obstacles to the successful development of the LDA pertain to the limited awareness of opportunities for cooperation, traditional methods of large cities’ governance in still centralised national systems, inadequate structural and economic reforms, lack of development projects, and the legacy of political and ethnical animosity, with hard borders of the socialist past and the EU present. Hence, the idea of the "Silk Road" could possibly set the metropolitan areas cooperation and networking into movement, following the axis from the Port of Constanta, in one of the largest Black Sea metropolitan areas, to the West of LDA.