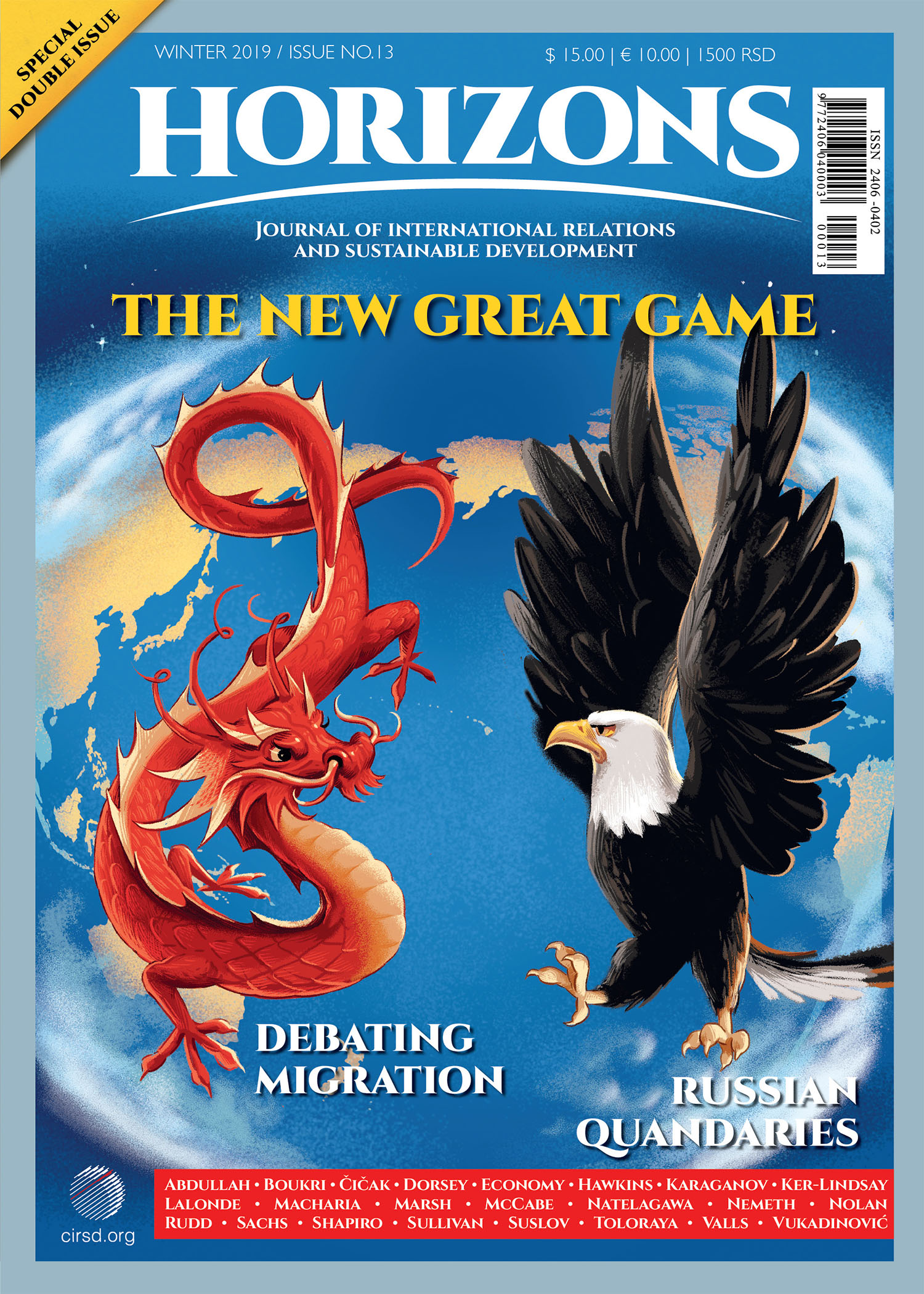 U.S. President Richard Nixon was right to define his 1972 visit to China as a “week that changed the world.” It set up a framework of engagement based on mutual respect that remained largely in place for more than four decades, enduring tectonic changes in global affairs, including the end of the Cold War and the 2008 global economic crisis.

MORE recently, inevitable shifts in relative power between the United States and China led to a weakening of the strategic predisposition not to treat the Other as an adversary.

ONE would be hard pressed to pinpoint the exact moment when a resolute sense of rivalry became the default position on both sides. What is clear is that a stringent, confrontational mindset—in some instances verging on downright hostility—has now gained much traction in Washington as well as in Beijing. Should this trend continue apace, a burgeoning set of consequences surely would be felt across the world.

IN the nineteenth century, the contest by major powers for influence in Central and Southern Asia was famously named the Great Game. Future historians may look back upon the present period as the onset of a New Great Game, whereby contemporary powers, led by America and China, confront their interests and ambitions across the vast geographic space encompassed by the Belt and Road Initiative.

THIS New Great Game—the featured topic of this special double edition of Horizons—is fueled by general discontent on the part of a growing share of the international community with the status quo. It too could “change the world.” THE remaining sections of the current issue of our journal discuss other important topics. None of them, however, are likely to be entirely unaffected by the New Great Game. It will be no doubt an increasingly significant variable in the geopolitical calculations of Russia, as well as a key factor in the future plans of interstate organizations like ASEAN. The New Great Game will also likely impact upon the implementation of the Sustainable Development Goals; influence negotiations on the Korean Peninsula; shape the global migration debate; and play a role in the design of regional security architectures, including that of the Balkans.

IN short, the New Great Game may very well come to define a new era, establishing on the way the new rules and norms governing international relations for decades to come.