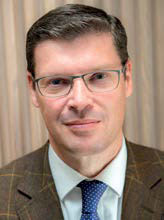 James Ker-Lindsay is Visiting Professor at LSEE-Research on Southeast Europe, European Institute, London School of Economics and Political Science, and a research associate at the Centre for International Studies, Department of Politics and International Relations, University of Oxford. He has worked extensively on issues relating to conflict, peace and security in Southeast Europe and published over a dozen books. You may follow him on Twitter @JamesKerLindsay.

With all the turmoil and conflict taking place around the world, it is often tempting to think of the Western Balkans as yesterday’s problem. While it is true that the prospect of armed conflict has diminished significantly over the past two decades, there are still issues that contribute to a broader sense of instability.

Until recently, three major issues undermined the region’s path towards ‘normality,’ whatever that may mean in the current international environment. The first, and most intractable of these is Bosnia and Herzegovina. Even though it has been over 20 years since the 1995 Dayton Agreement ended the vicious and bloody war in the country, Bosnia remains deeply divided. The second issue is Kosovo. The February 2008 unilateral declaration of independence remains a source of deep divisions, both regionally
and internationally.

Last, and truly least, was the so-called Macedonia name issue. Although viewed by many outsiders as a somewhat bizarre, if not wholly ridiculous, issue, the effects of the dispute were anything but laughable. It led to the wholesale corruption of the Macedonian state and impeded the general process of Euro-Atlantic integration in Southeast Europe.

And yet, after 25 years, the issue has finally been resolved.

The roots of the name issue were to be found in the collapse of the Socialist Federal Republic of Yugoslavia (SFRY) at the start of the 1990s. On December 8th, 1991, the Republic of Macedonia declared independence. However, while it was not blighted with the fighting that would engulf the other republics, it soon ran into another problem. To its south, neighboring Greece took offense to the country’s name, arguing that it was a challenge to its territorial integrity.

Matters were not made any easier by the fact that the new country had also appropriated many of the symbols of ancient Hellenistic Macedonia, a deep cultural sleight for the history-conscious Greeks. In the months that followed, public opposition grew. On February 14th,1992, a major rally in the northern city of Thessalonica, the capital of Greek Macedonia, attracted well over a million demonstrators. Meanwhile, following intense lobbying, the European Union fell into line behind Athens.

The end result was that Macedonia was prevented from joining the United Nations under its formal constitutional name. On April 7th, 1993, under the terms of UN Security Council Resolution 817, it was instead admitted under the provisional name of Former Yugoslav Republic of Macedonia (FYROM)—the expectation being that the two countries would work with the international community to reach a final settlement. To this end, the UN Secretary-General appointed a special envoy to work with the two sides; a position that was held since 1999 by American diplomat Matthew Nimitz.

Two years later, on October 13th, 1995, Greece and Macedonia reached an agreement to pursue a peaceful final settlement to their differences. Under the terms of the so-called Interim Accord, the two countries agreed to recognize one another’s sovereignty and territorial integrity, and to pursue friendly neighborly relations.

Macedonia would change its flag; which had used the Star of Vergina, a symbol that had been intimately linked to the Macedonian Kingdom of Alexander the Great. For its part, Athens agreed that it would not stand in the way of Macedonia’s attempts to integrate into various regional and international organizations, provided that it did so under its provisional name. (This did not stop Macedonia from pursuing bilateral diplomatic recognition under its constitutional name and most UN members actually recognized it as the Republic of Macedonia.)

By 2000, relations between the two countries had improved significantly. Greece was now a major investor in its ‘northern neighbor’—to use just one of the various euphemisms Greeks adopted to describe Macedonia. Meanwhile, as Macedonia teetered on the brink of ethnic civil war in 2001—a slide that was only halted by the Ohrid Agreement—Greece was one of the first countries to offer military assistance to Skopje.

The fact that Greece was such a strong advocate of EU enlargement in Southeast Europe also gave many observers reason to believe a deal could be reached. However, such hopes were thwarted in 2006, when the right-wing New Democracy government in Greece blocked the opening of EU accession talks with Macedonia. Two years later, Athens also vetoed a formal invitation to Macedonia to join NATO. Relations deteriorated sharply.

Skopje referred Greece’s decision to the International Court of Justice, arguing that it was a violation of the Interim Accord. In 2012, the Court agreed. However, the Greek government simply ignored the ruling. Meanwhile, Macedonia attempted to get back at the Greeks in any way it could. A major renovation of the Macedonian capital deliberately created a classical Hellenistic look for the city, complete with a giant statue of Alexander the Great, officially known as ‘Warrior on Horseback.’ 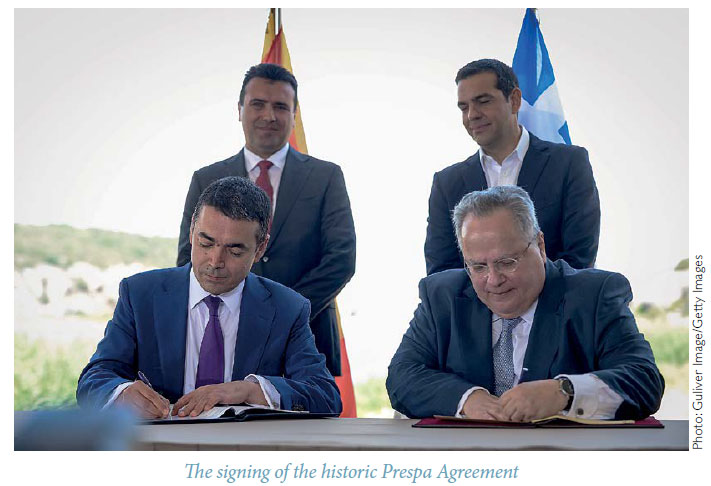