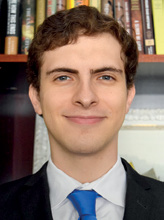 Carlos Roa is Assistant Managing Editor of The National Interest and a former Associate Editor of Horizons. He is also the Founder and CEO of Deus Ex Machina Capital, a private fund that invests in cryptocurrencies, digital assets, and blockchain technology. You may follow him on Twitter @carlosroa92.

In early July 2018, Andrés Manuel López Obrador—better known by his initials AMLO—did more than just win an election. Like Donald Trump in the United States, he upended an established political order. Running on a platform that promised a national transformation—key elements included an end to corruption, a reduction in crime and violence, and economic policies that would benefit the downtrodden and forgotten—AMLO crushed his opponents, pulling in around 53 percent of all votes (his closest competitor, Ricardo Anaya, managed to pull in 22.5 percent). Obrador’s political party, the Movimiento Regeneración Nacional (MORENA), secured a majority in Mexico’s congress and attained an advantageous number of state governorships.

The scale of AMLO’s victory is unprecedented in modern Mexican politics, and represents a clear mandate to enact his agenda from Los Pinos, the official residence of Mexico’s head of state. It is also more than a decade in the making, seeing as he lost presidential bids in 2006 and 2012, stating that victory was stolen from him in those elections by entrenched political interests. It is an interesting claim, and as some observers would say, not an entirely unreasonable one. If we are to understand how AMLO’s win came about, and what changes he could bring about (if he can), we must first understand the history of Mexico’s (now overthrown) political order, and how its failures opened the door for an insurgent populist to enter and take over the leadership of the country.

Founded in 1929 during a period of political unrest following the Mexican Revolution, the Partido Revolucionario Institucional (PRI) sought to house numerous competing centrist and left-wing groups and factions together under one big umbrella. The result was effectively a single-party state that would go on to rule Mexico for 70 years. Every presidential election between 1929 and 1982 was won by massive margins of over 70 percent. Every state governorship belonged to the PRI; every seat in the Mexican Senate belonged to the PRI; and an overwhelming majority of seats in la Cámara de Diputados (the Chamber of Deputies), the lower house of Mexico’s legislature, also belonged to the PRI. 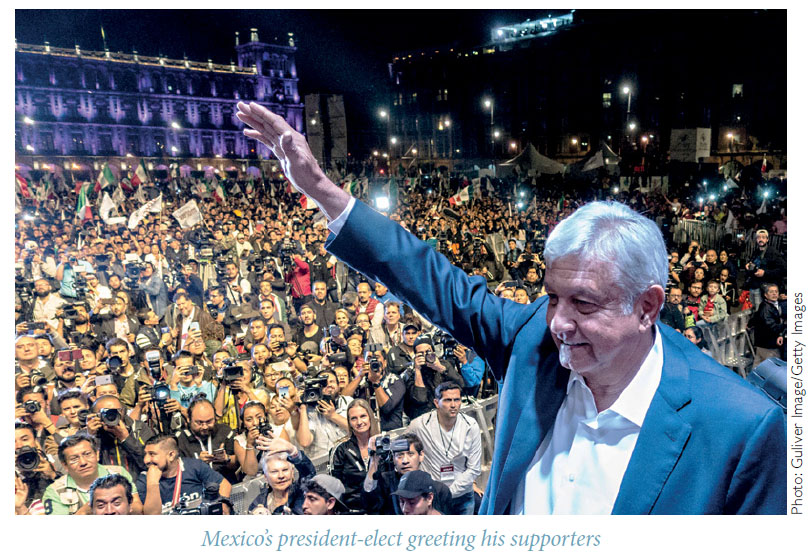 The longevity of this political order was due not only to the weakness of the opposition (which between 1929 and 1982 consisted mainly of the right-wing Partido Acción Nacional, or PAN), but also Mexico’s own unique political context. Even before the Spaniards first arrived in the early sixteenth century, the Aztecs followed a strict social hierarchy with a hereditary aristocracy and severe punishments (including slavery) for those who stepped out of line. The Spanish conquest did little to improve the situation: the general political structure was maintained, and an economic system of forced labor and tribute-rendering known as encomienda was implemented. Even after Mexico gained independence from Spain, what followed was an unpleasant parade of oppressive emperors, caudillos (military strongmen), powerful landholders, foreign invaders, and bitter wars.