Home > Horizons > The Interpretation of History as the Motor for Politics

The Interpretation of History as the Motor for Politics 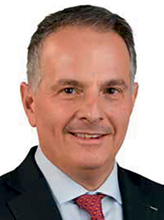 Kenneth R. Weinstein is President and CEO of the Hudson Institute. This essay is adapted from a presentation delivered to a workshop on the question of history in contemporary politics organized by the Körber Stiftung. You may follow him on Twitter @KenWeinstein.

History, indeed, did not end with the fall of the Berlin Wall. By history, I do not mean the return of debate over whether democratic capitalism offers an inevitable, universal model for mankind. That question has been answered by the persistence of authoritarianism and rising appeal of various forms of klepto-autocracy in places such as Russia, China, Iran, and Turkey.

Paradoxically, this debate over history relates directly to Fukuyama’s focus not so much on the potential victory of the liberal democratic order but on the central importance of what Fukuyama, drawing on Hegel, terms “the struggle for recognition,” namely the assertion of worth and personal dignity that is often tied to politics. It is in the debate over particularist history—often grounded in civil religion or shared historical consciousness, rather than universalism—where we increasingly see battles over the assertion of worth today.

In fact, as this essay was being completed, Fukuyama published a new book on this very subject. Entitled Identity: The Demand for Dignity and the Politics of Resentment, one basic argument put forward by the author is that left-wing identity politics has paved the way for a populist, conservative resurgence. That being said, my intention is not to review Fukuyama’s latest work, but rather to examine the question briefly from my own perspective.

The Case of the United States

The 2016 American presidential election was fought over numerous issues: trade, immigration, perceived economic stagnation, and the character of the candidates nominated by the two major parties. But perhaps no issue became more central than the backlash against the worst forms of political correctness, including the increasing censorship and self-censorship which began decades ago on American campuses, but soon spread to the mainstream media (one of the most influential books that examined the philosophical origins of many of these questions in their infancy and foresaw their growing importance is Allan Bloom’s 1987 best-seller The Closing of the American Mind: How Higher Education Has Failed Democracy and Impoverished the Souls of Today’s Students). 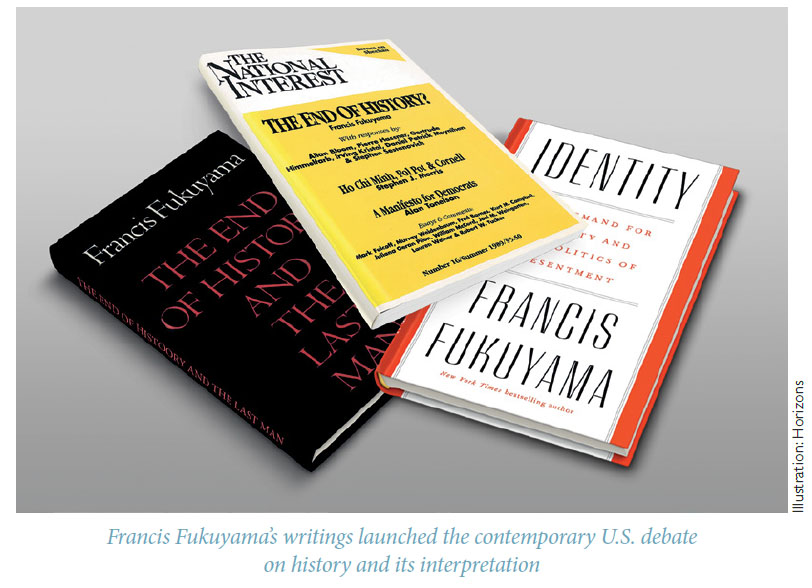 This political correctness leads to hypersensitivity to perceived slights and offenses to minority groups based on race, ethnic origin, and gender preference. The widespread rhetoric from the Obama Administration on such issues and the enforcement of norms around these progressive beliefs seem hypocritical to many, as they paradoxically limit freedom of choice and expression in the guise of open-mindedness, thereby engendering a sharp backlash in the United States.

Donald Trump embodied this backlash, both in his bold rhetoric and in his implicit—and at times even explicit—attacks on the kind of identity politics that lay at the core of Hillary Clinton’s presidential campaign. Perhaps the most insightful epitaph for her campaign was actually written by unabashedly liberal Columbia University political theorist Mark Lilla, who wrote in the aftermath of the 2016 election in the New York Times that “American liberalism has slipped into a kind of moral panic about racial, gender, and sexual identity that has distorted liberalism’s message and prevented it from becoming a unifying force capable of governing.” While noting that ‘American liberalism’ is, in his view, a “splendid principle of moral pedagogy,” Lilla admitted that it is “disastrous as a foundation for democratic politics in our ideological age.”

However that may be, Trump’s rhetoric, to be sure, transcended the bounds of what has become socially acceptable. But, as a result, he was able to personify the backlash to political correctness and the Clinton campaign’s focus on what it perceived to be inevitable electoral victory that would arise out of America’s shifting demographics, which saw growing numbers of Latino and African-American voters combining with women and socially and economically liberal voters.

At the heart of the rejection of political correctness was a battle to reclaim American patriotism and civil religion from elites who held in disdain the former, as a form of nationalism, and the latter, as a form of atavism. The views of Obama and Mrs. Clinton, which are widely held among American elites, are a reflection of the work of historians in the United States, largely on the left, who have questioned the civil religion of the United States, dating to our founding document, the Declaration of Independence, and reasserted by Abraham Lincoln in his magisterial Gettysburg Address. The one sentence summary of this civil religion could be stated as follows: the United States is a nation dedicated to the proposition that all men are created equal, and endowed by their creator with certain inalienable rights.

Rather than focusing on America as a noble experiment—as a transformative force in history that promotes opportunity, serves as a refuge for the oppressed, and opens its doors to all of humanity—these historians see America as a nation guilty of original sin, even prior to its founding: from the privilege of white males who appropriated land from Native Americans and slavery, to economic inequality, and suffrage for white men only.

This claim of hypocrisy leveled at the Founders is especially focused on slave owners, notably Thomas Jefferson, the author of the once hallowed Declaration of Independence and its assertion that “all men are created equal”—perhaps the most succinct expression of the political principles of the Enlightenment ever written. This view superseded the previous dominant interpretation offered by historians like Bernard Bailyn, which held that Jefferson and the Founders, by declaring all men to be equal, were not simply talking about white men, and were implicitly condemning slavery, limiting it to certain states, and putting in place the forces that would eventually lead to the elimination of this scourge.

The new left’s condemnation of the founding has had broad cultural implications. Having won the war over history and over the content of the vast majority of high school textbooks, these interpretations—against a backdrop of a generation of turbulent foreign and domestic policy challenges—have deeply weakened the civil religion that was once at the heart of what it meant to be American.

Rather than seeing themselves first and foremost as proud Americans, drawn together by the universal principles of our founding and its broader implications, members of these minority groups often see the oppression of their ethnicity, religion, or gender as the defining factor in their lives. Earlier generations of African-American leaders, as represented by W.E.B. DuBois and Frederick Douglass, came to understand the very special lesson that former slaves and their descendants had for our country: while the rest of us were born free, they had to struggle to win the fight for their freedom and reaffirm the value of this fight every day of their lives in the face of vile racism.

Contemporary European debates over history are fundamentally different from those in the United States. The American debate revolves around whether our Founders lived up to the principles they proclaimed. The European debates, instead, focus primarily on the role of nationalism and the composition of the nation-state in the aftermath of World War II.

Thankfully, Europe has transcended its ultra-nationalist past; the present challenge is to strike a prudent balance between European peace and unity, and a European project that should be rooted in a sense of history, identity and civilization.

The challenge in Europe is thus fundamentally different. The European project arose in the aftermath of World War II and the Holocaust, itself the result of an unprecedented assault on civilization in the name of the German people. The founders of contemporary Europe sought to transcend nationalism, but remained firmly rooted in the political ideology of Christian democracy, as personified by the likes of Jean Monnet, Konrad Adenauer, and Charles de Gaulle. The original post-war European project, that of a Europe of nations, recognized history and Christian identity as central to the future of Europe.

By and large, this vision has been discarded today in the name of European integration. In the midst of this transformation, Germany today has done the most to repudiate its ultra-nationalist past, so much so that it has become in some ways a postmodern state, one that fails to give credence to the nationalist longing that others may have. This, in part, can explain differences between western continental Europe and countries like the United Kingdom or the United States. Putting aside for a moment the question of East-Central Europe, one can say that in London and Washington, nationalism and sovereignty do not have the negative connotations they have in Western European capitals whose countries were ravaged by fascism.

This also explains in part why the UK was always an awkward and reluctant member of the EU. It also explains the origins of tensions today between Israel and the EU.

As has been frequently noted: both the EU and Israel were founded on the repudiation of the Holocaust, but drew very different conclusions. For Europeans, especially France and Germany, it meant “never again” to nationalism, wars, or borders; for Israelis, and the Jewish people more broadly, it meant “never again” letting other nations decide our fates, so it precisely meant borders, defense, and limits to the authority of supranational bodies.

This different understanding explains much of the current differences between Western and East-Central European countries regarding migrants and borders. Countries like Poland and Hungary see the EU and NATO as a means to rekindle their national identity and sovereignty after decades of Soviet domination—in its own version of a supranational state, as it were—as the Poles learned indirectly in 1981 and the Hungarians directly in 1956.

If Western Europeans want to find a compromise on these issues, they need to better comprehend this perspective and not dismiss it outright. The outright dismissal of this perspective can and has engendered a backlash, much like the backlash to political correctness in the United States. That being said, memory laws, like the one in Poland, are unnecessary provocations that will win no friend in America or Europe. Viktor Orban’s antics with regards to charities linked to billionaire financier George Soros, or the Hungarian leader’s flirtation with Russian president Vladimir Putin, are also seen as being beyond the pale of acceptability.

The Return of the German Question

This anti-nationalism in terms of defense policy and adherence to multilateralism has its limits, particularly on economic policy, where Germany has been decidedly less open to yielding its national interest to that of others.

In seeing itself as the anti-nationalist power par excellence, Germany often fails to comprehend how its anti-nationalist views are seen as a mask for national gain or European leadership, especially where economic questions—but also cultural ones—come into play. But it is precisely the very painful memory of the abominable German crimes of the recent past, especially in Eastern-Central Europe, that makes Germany’s role as the behemoth at the center of Europe all the more sensitive. So we are faced with this paradox: Germany’s postmodern politics, based on strict adherence to rules and a rejection of popular concerns over immigration, are seen as a new form of imperialism.

German leaders will have to understand all these perfectly legitimate concerns if they want to save the European project. It will evidently not be an easy road ahead, and the reconfiguration of the European Union could take a decade or more to complete. It is far too early to raise specific issues. What must be understood from the onset is that this improved European Union will have to be founded on a historic compromise between nearly 30 European nations—one grounded in an actual sense of common identity that can be translated into cornerstone policies that in the rest of the world remain firmly in the domain of nation-states, namely strong borders and defense.