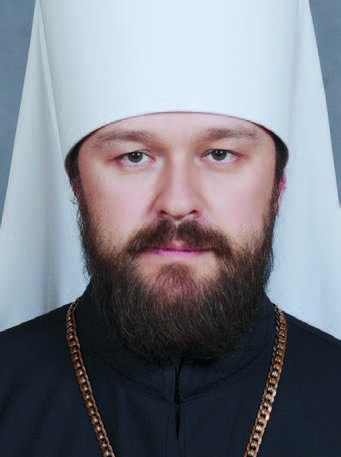 Metropolitan Hilarion (Alfeyev) of Volokolamsk is Chairman of the Department of External Church Relations of the Russian Orthodox Church and a permanent member of its Holy Synod.

February 2018 marks the second anniversary of one of the most important events in the history of relations between the Moscow Patriarchate and the Roman Catholic Church: the meeting between Patriarch Kirill of Moscow and All Russia and Pope Francis in Havana on February 12th, 2016.

Its first anniversary was commemorated with a grand meeting held in Switzerland. Taking part in the celebrations were Cardinal Kurt Koch, President of the Pontifical Council for Promoting Christian Unity, numerous representatives of the Roman Catholic Church and the Local Orthodox Churches, including myself, as well as secular authorities of the Canton of Fribourg. The meeting, organized at the University of Fribourg (known for its decades-long cooperation with the Russian Orthodox Church), provided a good opportunity to ponder the importance of the Havana meeting, discuss its first outcomes, and consider the prospects of Orthodox-Catholic relations.

The meeting of the Pope and the Patriarch was almost immediately, and quite rightly, dubbed historic. It was the first ever meeting between a Primate of the Russian Orthodox Church and a Bishop of Rome. The journey towards the Havana Declaration took 20 years; serious obstacles and superstitions had to be overcome so that it could take place. What also made the meeting historic was a visible expression of the level of trust and mutual understanding recently attained by our two Churches, which opens up new perspectives for Orthodox-Catholic relations.

We should also not lose sight of the fact that the meeting in Cuba was of the utmost public and political importance, owing to the message contained in the Joint Declaration of the heads of the two Churches, addressed to world religious and political leaders and all people of good will. In fact, the major reason behind the meeting was the tragic situation created by armed conflicts and terrorist attacks in the Middle East and North Africa.

The meeting, which was intentionally organized in Latin America due to its geographical distance from the longstanding disputes of the Old World, was supposed to predetermine many of the two Churches’ historic decisions and actions, which applies to both inter-church relations as well as international and social relations. Indeed, mentioned in the opening paragraph of the Joint Declaration are the three groups of issues that were discussed at the meeting and further explored in the document: first, mutual relations between the Churches; second, crucial problems facing our faithful; and, third, outlooks for the progress of human civilization.

The Joint Declaration honestly addresses the problems that still exist in the relationship between our Churches. The document states, with regret, that the Catholics and the Orthodox are divided and for nearly 1,000 years have been deprived of communion in the Eucharist. Evidently, this division has theological and cultural grounds; however, it is first and foremost the outcome of human weakness and sin that go against the will of the Savior regarding the unity of His disciples. If this division runs contrary to the will of Christ for His Holy Church, then we must not put up with it, taking it for granted. The Pope and the Patriarch expressed their hope that the meeting in Havana may contribute to the “re-establishment of this unity willed by God, for which Christ prayed […] and inspire Christians throughout the world to pray to the Lord with renewed fervor for the full unity of all His disciples.” According to the two Primates, the meeting in Havana needs to be understood as a positive step in this direction, and a sign of hope for all people of good will.