Home > Horizons > The Winners of Trump’s Foreign Policy - Year One 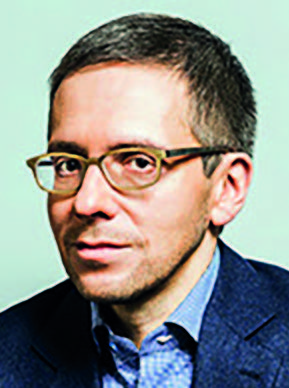 It is still early to pass definitive judgment on “America First,” but the early returns for Washington have been less than encouraging. Plenty of damage has already been done to American foreign policy interests across the world (see: Asia, the Middle East), and there is no reason to think that this is going to change anytime soon under a president who continues to tweet first and ask questions later (if ever).

Still, clear winners have begun to emerge under an “America First” foreign policy, even if the United States itself is not one of them. Here, then (and in no particular order), is a look at the Year One winners of “America First,” taking into account how likely these individuals were to be helped by Trump’s non-traditional approach to geopolitics, the extent of that help, and how quickly that help arrived. And, no, Vladimir Putin is not on this list—too much anti-Russian sentiment in Washington for that these days. 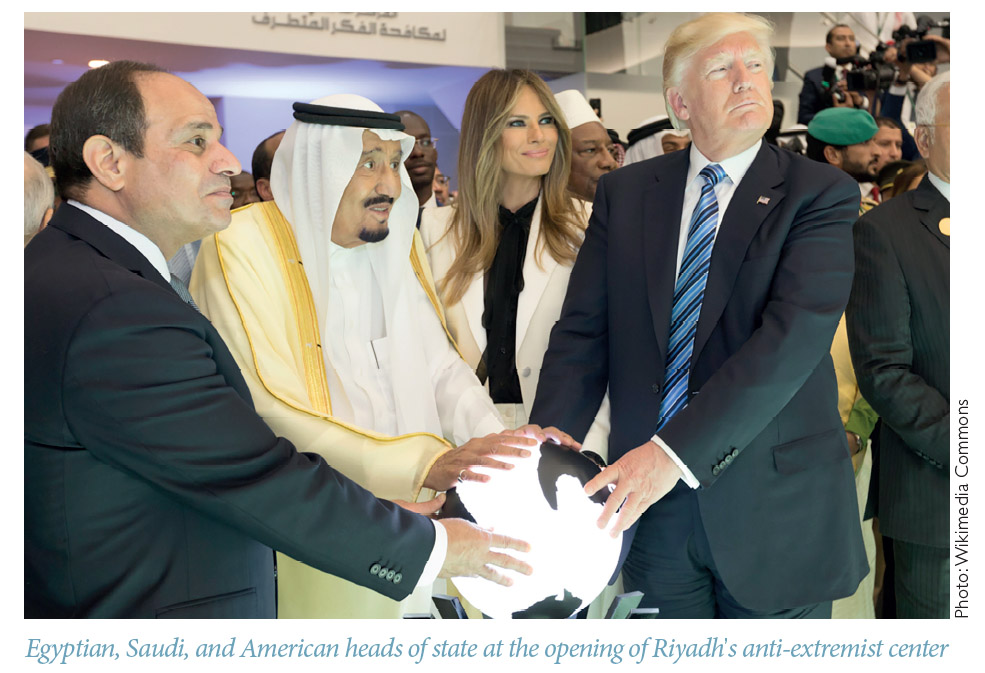 The United States may still be the world’s largest economy for now, but state-capitalist China is the one that holds the keys to the future, focusing its economic power through its state-run entities to bolster Beijing’s political influence throughout the world.

Meanwhile, Trump’s focus on bilateral trade deals at the expense of multilateral ones gives Beijing the opening it needs to step into the leadership void and set the trade rules of the game as America once did. And Trump is only making it easier. Consider the fate of the Trans-Pacific Partnership trade deal (TPP)—which was supported by both the George W. Bush and Barack Obama administrations as a way of constraining China’s economic might (offering Asian countries an alternative, American-led trade framework with which to do business). It was one of the first things Trump scuttled upon taking office.

China is not letting this opportunity slip by. China’s Belt and Road Initiative is the most ambitious foreign policy of scale in the world today, connecting more than 60 countries in a series of infrastructure projects that include roads, rails, pipelines, and ports. What helps, of course, is that Beijing does not insist on adherence to human rights in the same way America does when it doles out foreign aid. China invests in many countries with leaders that do not want to liberalize their economies and undertake hard reforms, which endanger them politically, just so they can resemble the United States more. That was true before Trump arrived on the political scene; it is still true today.

Chinese President Xi Jinping stood up in front of China’s communist party at its Party Congress just a few months ago and delivered the most important geopolitical speech the world has heard since the Soviet Union fell, proclaiming a “new era” in global politics. He repeated the phrase—a “new era”—36 times over the course of his three-and-a-half-hour speech. Message delivered and then some—China is a clear winner in the “America First” era.

Of course, Beijing has been fortunate, so far, to have been able to avoid a trade war with the United States, as Trump holds out hope that China will lean more heavily on North Korea. It remains to be seen how much longer this will last.

France’s President Emmanuel Macron is a rising global star—and, in large part, he has Donald Trump to thank for it. A compelling case can be made that the centrist technocrat’s electoral victory, once unthinkable, was very much France’s response to the shocking Brexit and Trump votes. Macron has leaned into the role, even adopting the not-quite-subtle slogan “make our planet great again.”

When Macron first won the French presidency, there was hope that he would partner with steadfast German Chancellor Angela Merkel to uphold the Western liberal order that Trump seemed to threaten with every Twitter missive. Merkel’s domestic stumbles have complicated those hopes for the moment, but Macron’s continued opposition to Trump has earned him the affection of anti-Trump folk the world over. Macron has now become the face of Western values, for good and for ill.

Traditional American allies in the region, including Saudi Arabia, Egypt, and Israel, are among the most recognizable winners under an “America First” foreign policy that is, admittedly, still under construction. Barack Obama tried to fundamentally rebalance the power dynamics of the region while he was in office; even then Israel remained the world’s largest recipient of American military aid, with Egypt number two.

Obama’s successor has no such grand ambitions. For Trump, Middle East politics centers on the “disastrous” nuclear deal with Iran, which he rails against at every opportunity. It is a hostility that Saudi Arabia, Iran’s perennial foe, is more than happy to get behind, especially since this current White House has made clear it has no interest in examining Riyadh’s human rights record too closely.

Announcing the relocation of the American embassy from Tel Aviv to Jerusalem cost Trump very little politically, and earned him friends for life in Benyamin Netanyahu and Israeli conservatives. Trump has also gone out of his way to praise Egyptian strongman Abdel Fattah al-Sisi, doing so in the Oval Office, no less. Middle East loyalties tested under Obama are being rewarded under Trump and his “America First” foreign policy.

Mexico was a focal point of America’s presidential elections in 2016; in 2018, Mexico will return the favor. No one is poised to take as much advantage of that as leftist firebrand Andres Manuel Lopez Obrador (AMLO). AMLO is a brash and outspoken politician in his own right, a former mayor of Mexico City and twice-failed presidential candidate. But in Trump, AMLO may finally have the political foil he needs to put him over the top.

Every time that Trump opens his mouth about Mexico, AMLO is presented with an opportunity to defend the honor of the Mexican people—something his political rivals have so far been unable to do with anywhere near as much gusto. As NAFTA renegotiations continue to stumble, and Trump continues to insist that any Deferred Action for Childhood Arrivals (DACA) immigration deal be tied to funding of the announced border wall between the countries, AMLO looks well-positioned to become Mexico’s next president.

Of course, what would happen should that come to pass—and with Trump right next door—remains to be seen. But, for the time being, AMLO is clearly a direct winner of Trump’s “America First” rhetoric.

In a face-to-face meeting in June, Trump called India’s Prime Minister Narendra Modi “a true friend.” It probably helps that India has the most Trump-licensed construction projects anywhere outside the United States, and the fact that business was darn good last year—adding a new interesting dimension to American foreign policy. Truth be told, U.S.-Indian relations have never lived up to their promise, but that is beginning to change—especially given Trump’s recent ire directed at America’s quasi-ally Pakistan, India’s nemesis.

True, Trump’s push to restrict H1B1 visas disproportionately affects highly-skilled Indian workers living in the United States, but the shifting geopolitics of Asia and China’s meteoric rise have given life to an Indo-Pacific security framework that helps strengthen U.S.-Indian relations and cooperation. It should not be overlooked that India has pointedly refused to sign on to China’s Belt and Road Initiative, making it a natural ally to Trump’s “America First” view of the world.

Never in the modern history of the United States have cities and states taken such pains to defy the federal government—and at such scale. It began with the immigration ban and “sanctuary cities”—many local governments in America have simply refused to cooperate with federal immigration laws, prohibiting local police forces under their control from inquiring into a person’s immigration status.

When the Trump Administration threatened to withhold funds from these local governments, they just dug their heels in deeper. It continued with city and state leaders pledging to continue the fight against global warming, even after the federal government decided to withdraw from the Paris Climate Agreement. The Trump presidency has served as a stark reminder of the not-insignificant power that local governments possess in the American political system.

One of the few consistent talking points of “America First” is its focus on fighting terrorism. Of course, the definition of terrorism tends to shift along with political interests in certain regions of the world (see: Middle East). And while Trump’s proposed budget deemphasizes humanitarian assistance to Africa, it remains committed to bolstering Africa’s security capabilities—and without the insistence of African governments playing according to Western rules.

That’s good news for Kenya, countries in the Sahel (including Nigeria) and in the Horn of Africa (including Ethiopia), who are busy battling Somalia-based al-Shabaab militants. They should expect a lot more resources from Washington and a lot less examination of their less-than-stellar human rights records.

The president of the Philippines Rodrigo Duterte was being compared to Donald Trump long before Trump even won the 2016 presidential election.

Bluster? Check. “My order is shoot to kill you. I don’t care about human rights, you better believe me,” he warned drug peddlers in the Philippines.

Complete disregard for civil discourse? Check. “Hitler massacred three million Jews. Now there are three million drug addicts. I’d be happy to slaughter them. If Germany had Hitler, the Philippines would have (me).” No American president would condone, let alone endorse, such rhetoric, and the accompanying violence. Of course, Donald Trump is no ordinary American president: “I just wanted to congratulate you because I am hearing of the unbelievable job on the drug problem.”

This is a relationship that is seemingly built to last.

China is ascending. North Korea is blustering. At the moment, Asia is arguably the world’s most combustible geopolitical region. What to do if you are Japanese Prime Minister Shinzo Abe? Catch the first plane out of Tokyo to congratulate Trump after his shock election victory, of course, and keep the charm offensive going.

While other traditional American allies have found political traction by opposing Trump, Abe does not have the same room for error. If push comes to shove in Asia, Japan needs the United States engaged and by its side.

And on the heels of a highly-successful Trump state visit to Japan, this is where Abe seems to have Trump at present. If nothing else, Trump’s brash approach to foreign policy only gives Abe more ammunition to revise Japan’s pacifist constitution to allow for a more muscular Japanese security approach.

The Visegrad Group, also known as the Visegrad Four (or the V4), is an alliance of sorts comprising four like-minded Central European nations: Hungary, Slovakia, Poland, and Czechia. They’ve got loads in common with Trump.

One year into the Trump presidency, it is difficult to recall how dismaying it was when Central European leaders started voicing virulent objections to Brussels’ migration plan. While Donald Trump was talking about walls with Mexico, Hungary’s Viktor Orban was actually building them to keep Syrian migrants from cutting through the Balkans to reach Western Europe. Slovakia’s Robert Fico explained to European leaders in no uncertain terms that his country could not be forced to accept migrants; Poland’s leaders did the same. And the Czech president was no multiculturalist, either.

These East-West issues have festered, and competing visions of what the EU means, and where it goes from here, could possibly come to a head over the next few months.

All the while, Trump’s nationalist approach to politics provides their worldview with a pulpit that was once unthinkable. Trump has little power to interfere directly with the internal power dynamics of the EU; the politics Trump represents are another matter entirely.